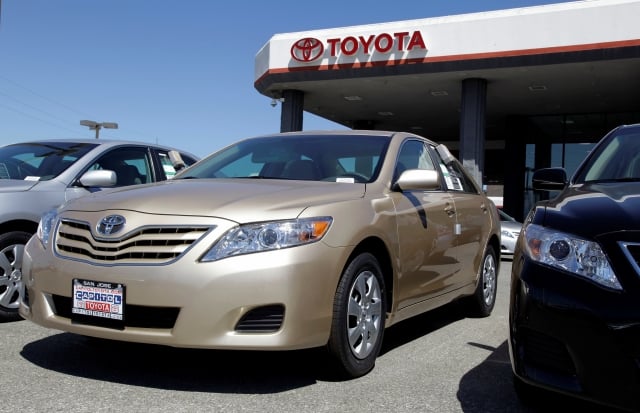 To avoid problems such as fraud, being taken advantage of or overcharged, before buying a new or used car, it is best to do a thorough investigation so that you are well prepared when sitting down to negotiate with a dealer. cars.

“Last year, vehicles were the fourth largest source of fraud complaints at the Federal Trade Commission, with nearly 100,000 people reporting problems; and sometimes dealerships harmed minorities in particular,” said Daniel Dwyer, an attorney with the FTC’s Division of Financial Practices.

During the videoconference: “Warning signs to be aware of when buying or financing a car”, organized by Ethnic Media Services, experts on the subject discussed the problems that car buyers may encounter, whether they buy a new car or used.

In the 2020 Bronx Honda lawsuit, they alleged that a New York car dealership specifically told its salespeople to charge African-American and Hispanic customers more when seeking financing for a car purchase.

Attorney Dwyer said that because buying or leasing a car is expensive and complicated, the best advice is to view the process as a research project that begins before setting foot with the dealer.

“Salespeople will test you, and like in school, you will do better if you study for the test.”

The first thing is to research the type of car you want, and decide how much you can afford.

“It sounds basic, but sellers will often try to sell you the most expensive car you need or want.”.

Once you decide which car you want, look around for prices and options at different car dealerships.

“We recommend calling the dealership to confirm that they have the vehicle available and to ask them to send the starting price in writing (the price with all charges and fees), before going to the dealership.”

The asking price is what you would pay if you had a lot of cash to pay for the car in one showing.

“This is important because some dealers announce a price and when you arrive at the dealership, they tell you that the vehicle is not available and try to sell you a different one, usually more expensive.”

Another important tip is to study the ads carefully because sellers may advertise prices that are not available to everyone..

“For example, they can give you a low monthly payment that increases after a few months, or they can tell you that there is no down payment, but they still require it to give you the advertised price.”

It’s also important to try to get pre-approved for a loan before you go to the seller, otherwise arranging financing options will be up to them.

And finally, before financing a car purchase or lease, be sure to check your credit report at www.AnnualCreditReport.com, a site that provides you with a free report.

In sum, he recommended starting by deciding how much you can afford to spend on a car, seeing different dealers, asking for a starting price before you leave home, checking your credit report and trying to get pre-approved for a loan..

Once at the dealership, they should know that many things are optional: the price can be negotiated, and not only focus on the monthly payments to be paid.

“Otherwise, they may end up with a car loan that is less expensive each month, but lasts and costs more.”

It is very important to know that the interest rate can be negotiated, and therefore approval must be obtained in advance..

“When it comes to products and services, or extended warranties or anti-theft items that make you look like they’re mandatory, tell the seller no and make sure they don’t show up on the final paperwork.”

The second most important thing is to know the history of the vehicle when it was used.

“For new cars, you should ask if they’ve been recalled for safety issues that the manufacturer discovered.”

To get the history of the used vehicle, visit the site: https://www.vehiclehistory.com/ where you can see if the car was in an accident, its repair record and if it was salvaged.

“If there is a charge in this case for obtaining a vehicle history.”

It is also essential to find out if a mechanic can check it.

And something very important is Do not allow during the purchase process to be rushed.

“You should never sign something without reading it and understanding everything you’re signing for to avoid being charged for things you don’t want.”

They should also not forget to ask if the financing was approved, and that it be written in the contract.

“Make sure you have a written promise when you trade your used car for the one you intend to buy that it won’t be sold until you have final financing, and also that your down payment will be returned if the loan isn’t approved.”

“We typically take cases like when a consumer has lost their car to repossession, and they’ve sued them for the rest of the money they owe.”

He explained that people stop paying for the car when it stops working, even when they have a five-year loan.

“We’ve been successful in lawsuits because we showed that the vehicle stopped working quickly after they bought it, a month or two months later.”

In these cases, explains the lawyer, the financing companies do not want to go to court, they reach an agreement and withdraw the lawsuit.

Attorney Goodell added as advice, do not trust a seller just because he speaks Spanish.

“There is an inclination to think that sales people who speak your own language are more trustworthy. don’t assume that”.

“The car didn’t run right from the start, and when he withheld a payment because the dealer was taking a long time to fix it, they went to take the car away from him. She brought the case to us and we won, even though the company told us it was going to go bankrupt, but they had already opened a new business under another name.”

He also recommended visiting the dealer, taking note of the prices and models, and going home and vcheck online Kelley Blue Book to review the costs for the car you want, according to the year and mileage so you know if the price is reasonable.

“It is important to be prepared to negotiate and bring a friend to serve as a witness at the time of purchase.”

And he recalled that in each state, there is a legal assistance organization, to which to turn in case of problems.

Joe Jamarillo, attorney for the organization Housing and Economic Rights Advocates (HERA), based in Oakland, recalled that the California prosecutor sued dealer Paul Blanco for allegedly deceiving its customers by making them pay thousands of dollars in extra products, telling them that they were required by law, when they were not.

“It is a very important lawsuit that we are following, but California has some protections contained in the Buyers Rights Act that requires that all charges in the purchase of a car be itemized in writing and that the seller provide a certified inspection report. for used vehicles, and used credit score.”

He added that there is also a law that requires that the contract be translated into one of the top 5 most used languages ​​in California, according to the language used in the sale.