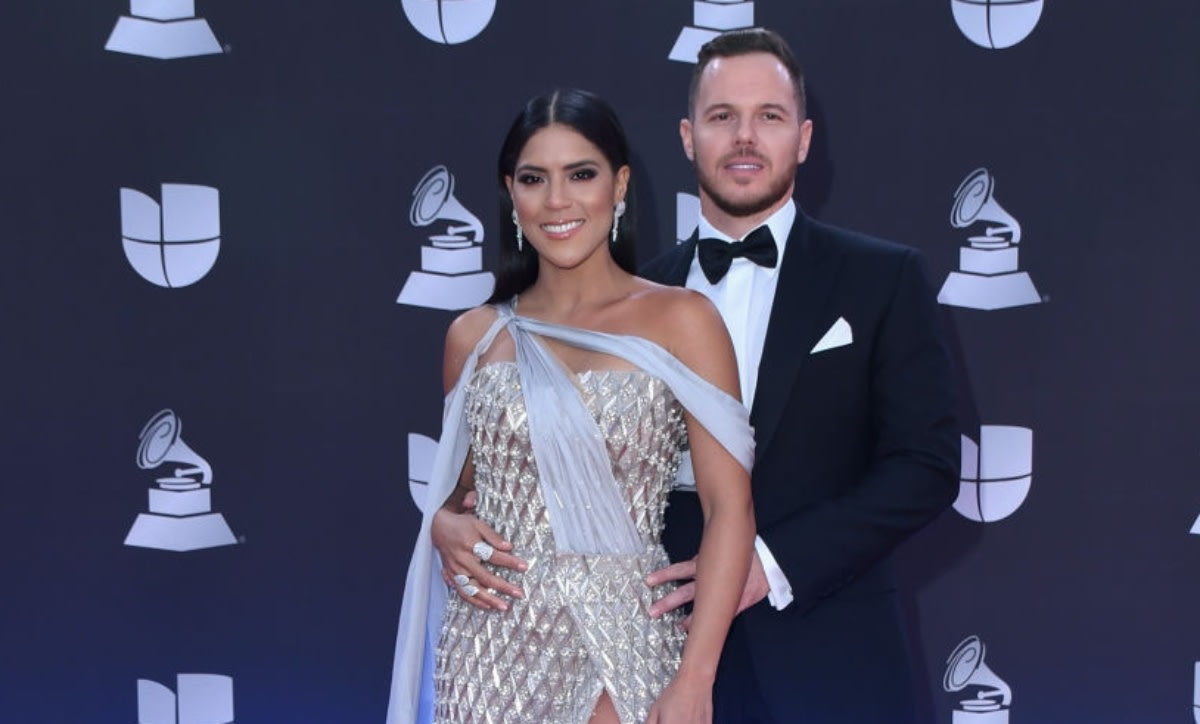 Divorce on the doorstep for Francisca Lachapel? The presenter, who just over two months ago debuted as a mother, made a confession about her marriage that gave much to think about in the first interview after her delivery to ‘Despierta América en Domingo’, where her baby Gennaro also debuted.

When asked what the relationship with her husband is like today after becoming a mother, the Dominican presenter revealed to Jackie Guerrido that her priorities have drastically changed: “The passion remained in Azua, my town, now the important thing is Gennaro.”

Will your new role bring you trouble in your marriage? Although her mother advised her that she should not neglect her husband, she affirms that it is not about neglecting him, but today her priority is to bring Gennaro forward, learn to understand him, enjoy him, and be the mother of a baby that every day surprise with something new.

“I feel like the luckiest and most blessed woman in this world… When they tell you that the love they feel is something out of this world, they fall short… The things that I feel that I am capable of doing for Gennero have no limits… This It’s the most beautiful and difficult thing in the world, ”she confessed to Jackie as they walked the baby.

Soon back to the screen

In the program, which premiered this Sunday, the presenter also announced that on September 30, she will return to the “happiest little house on Hispanic television.” He also said that his mother returns to Miami from the Dominican Republic next week to help her with Gennaro while she is working.

“I feel like the luckiest and most blessed woman in this world… When they tell you that the love they feel is something out of this world, they fall short… The things that I feel that I am capable of doing for Gennero have no limits… This It’s the most beautiful and difficult thing in the world, ”she confessed to Jackie as they walked the baby. See the full VIDEO HERE.

Francisca apologized to her own mother

Another of the revelations that Francisca Lachapel made in ‘Despierta América en Domingo’, is that 4 days before Gennaro was born, she asked her own mother for forgiveness for everything she had not understood until now. “Forgive me if at some point I have brought a tear to you, or have caused you sadness, because now I understand you,” he told Doña Divina Montero.

Despite the happiness that motherhood has brought her, Francisca also confessed to Jackie that her dream is to go back to being the one she was before, at least physically. She revealed that she is being very disciplined, she trains very hard with Yasmany Rodríguez, who goes to her house at night, when she leaves the rehearsals for ‘Así se Baila‘, where she participates with Kimberly Jiménez. See the VIDEO of the INTERVIEW HERE.

In addition, he is on a healthy eating plan with a catering that he receives daily, and he undergoes various treatments at Dermaclinic to speed up the process safely. However, although the effort is great, and he does not neglect the attention with his son.

Two months after Francisca Lachapel had a baby, her little Gennaro is now her entire life and she shows it by sharing images of the child and how she feels now that she is a new mother, however, now a recent photograph has sparked a controversy over how the child looks. infant.

Francisca Lachapel’s baby Gennaro is adored and loved by everyone and now a tremendous debate has arisen in a new image where he looks angelic and with a lot of hair posing very flirtatious and in his arms, but the comments of the people did not wait for the physical change you have had.

Francisca Lachapel’s baby is the subject of controversy

Through the Instagram accounts of Francisca Lachapel and Despierta América, the controversial photograph of little Gennaro in the arms apparently of his grandmother was uploaded, staring at the camera, very serious and with a different face than his two months old.

“Look who is two months old today .. @gennarozampogna @francisca Oh my life! I am dying of love (by the way I tell you that it is a mission to make my son smile) he is a very serious little man !!! I think I need the help of @melamelazaoficial “, published the host in the description of the photo.

In the image he shared, baby Gennaro is very serious and cuddly in blue shorts, a gray blouse with a blue bear and his hair more grown, big dark eyes and as if he is judging who took the photo, but the comments of people were directed to whether he looked more like his father or the famous mom.

Are people happy that Francisca Lachapel’s baby looks more like her husband than her?

Although Francisca Lachapel’s child has dark eyes like his beautiful mother, it seems that people are happy that he has more of the physique of Francesco Zampogna than of the host of Despierta América: “That baby gets more beautiful every day, God bless you always “,” I hope you have many more babies because if your son is cute “,” He is beautiful! God bless you! Serious like dad ”.

“He is beautiful, good as his daddy, as they say, the mommy just put the oven in”, “He is beautiful and how he looks like his Father”, “This beautiful looks like a doll”, “Congratulations to Francisca, her baby is very beautiful, I imagine that this very proud to be a mother for the first time ”,“ Many blessings to Gennaro. May God keep it that precious and healthy. It seems 6 months is quite a galan. Congratulations to your parents too ”, they commented. Read the full news here.