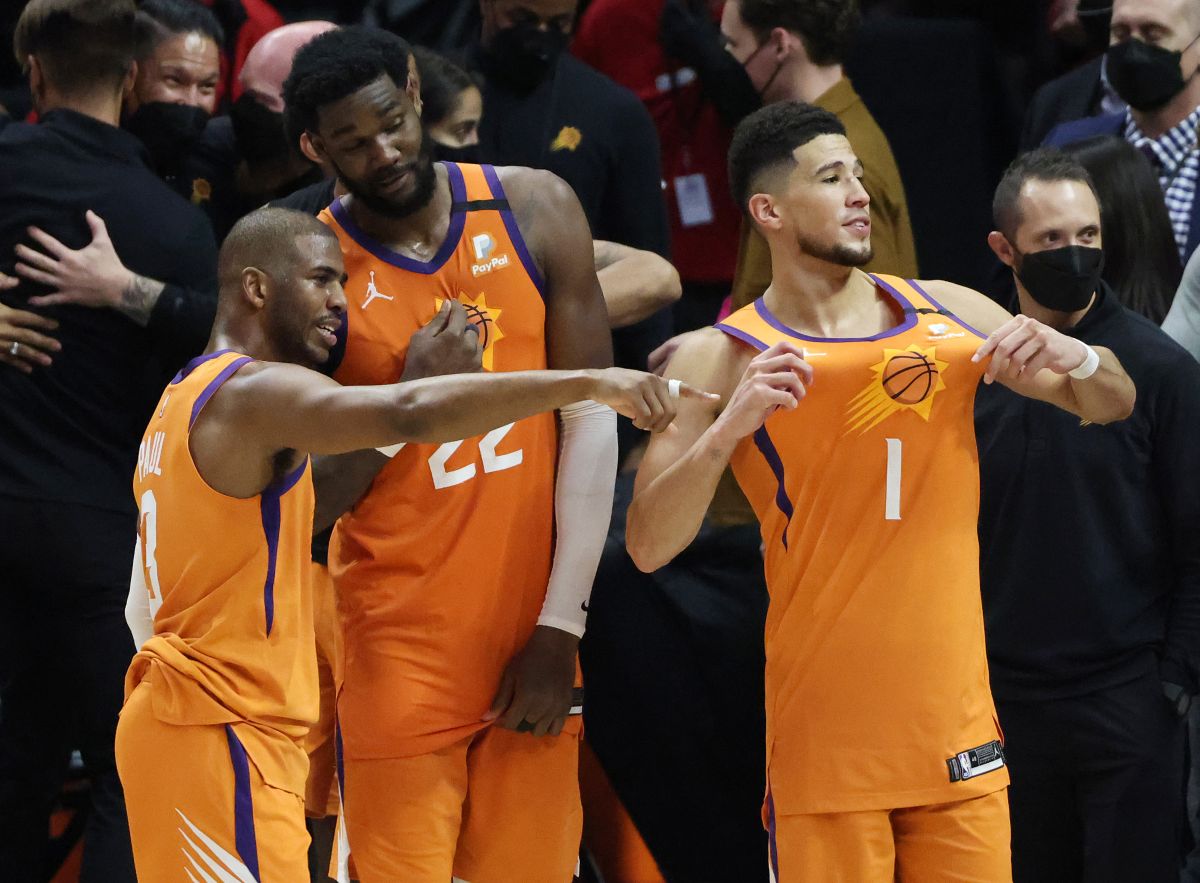 Phoenix suns ended one of the best seasons in its history: he won the Western Conference and was the runner-up in the NBA. With the aim of keeping the eyes of the fans on the team, the team of “El Valle” showed a revolutionary concept of uniform: the Aztec.

“A tribute to the first ancestors of the Valley, to our Mexican and Mexican-American fans, and to the warrior spirit that we carry into battle every day“This is how the Suns described their potential Aztec uniform, in which purple and black predominate.

A tribute to early ancestors of The Valley, our Mexican and Mexican-American fans, and the warrior spirit we bring to battle everyday.

Drop your thoughts below 📥

The Suns introduced the potential uniform by explaining that they consulted with representatives of the mexican government, the Arizona Hispanic Chamber of Commerce and the Arizona Latino Art and Cultural Center, “getting positive feedback from all of them“.

“Some sources place the origins of Aztlán, the ancestral home of the Aztec people, in present-day Arizona before migrating south. Although the investigation is ongoing, we wanted to create an open dialogue with our fans around this uniform concept.Commented the team.

Therefore it is a concept of uniform. It will not be used-yet- in matchesIt is a proposal that could become a reality, and it will also depend on the acceptance it has on the part of the public. That is why the Suns showed it publicly.

On the shirt we can see the Aztec sun stone, framed in a triangular design surrounded by rays of the sun. In the shorts, the armor represents an animal: the jaguar, whom Phoenix describes as the “quintessential warrior animal“.

“The uniform boldly combines the claw, unity and history of the Aztec civilization, drawing on the skill and fierce strength of its people, and the influence it has had on Latin culture for centuries.“Says the press release made by the Suns.

The concept of the Azteca uniform is just the beginning. “We are excited to present a uniform honoring the Arizona Tribal Nations for the 2022-23 season.“Concludes the team. Potential jerseys that can mark a before and after in the league. Do you approve of them?

You mess with the look? (via @Suns) pic.twitter.com/aKVzisJADG