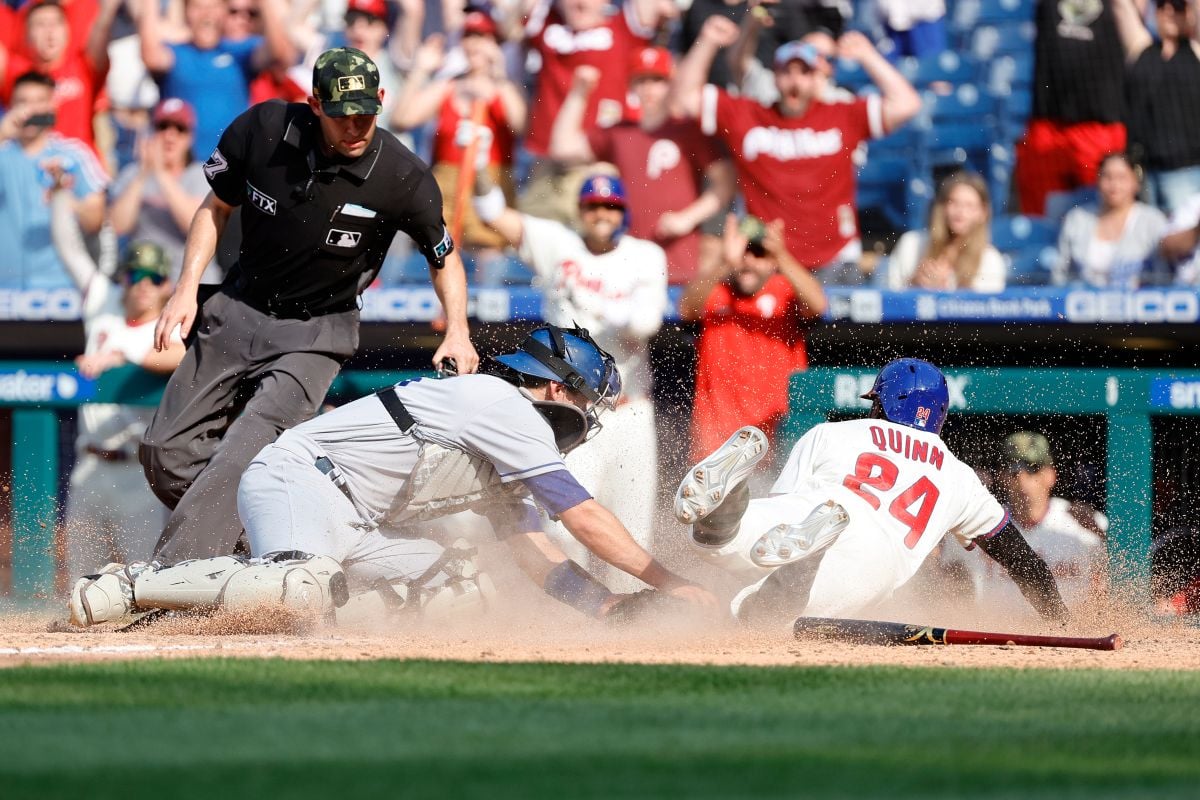 An incredible mistake Max Muncy snapped the seven-game winning streak Dodgerswho were left on the field by the Phillies this Sunday afternoon (4-3), in a game that lasted until the tenth inning.

Zach Eflin and Tony Gonsolin gave us a great pitching duel. Home runs by Mookie Betts and Mexican Edwin Ríos put the Dodgers ahead. In the sixth Philadelphia reaction with a home run by Garrett Stubbs.

In the ninth inning, with two outs, Yency Almonte lost control and was unable to close out the match. He allowed a double to Nick Castellanos. He intentionally walked Kyle Schwarber for the option out at second, but the play didn’t pan out. A hit by Jean Segura tied the game.

In the top of the 10th, a hit by Trea Turner drove in Betts and seemed to open the way for the Dodgers. However, the Phillies responded thanks to Muncy’s mistake.

A ground ball by Alec Bohm seemed to mean the last out of the game, but the Los Angeles second baseman failed to locate the ball in time and missed it. The ball was not very far, but enough to lose the game.

Philadelphia had Garrett Stubbs at third and Roman Quinn, one of the fastest players in MLB, at second. They all ran and scored… and thus ended the streak of the Dodgers, who remain leaders of the National League West Division (27-13).

The camouflage suits Julio Urías, who takes it out on the Phillies by not allowing a run in the Dodgers’ win

The Dodgers sweep the Chicago Cubs in the series and add their sixth victory in a row; Walker Buehler made history with 100 MLB starts