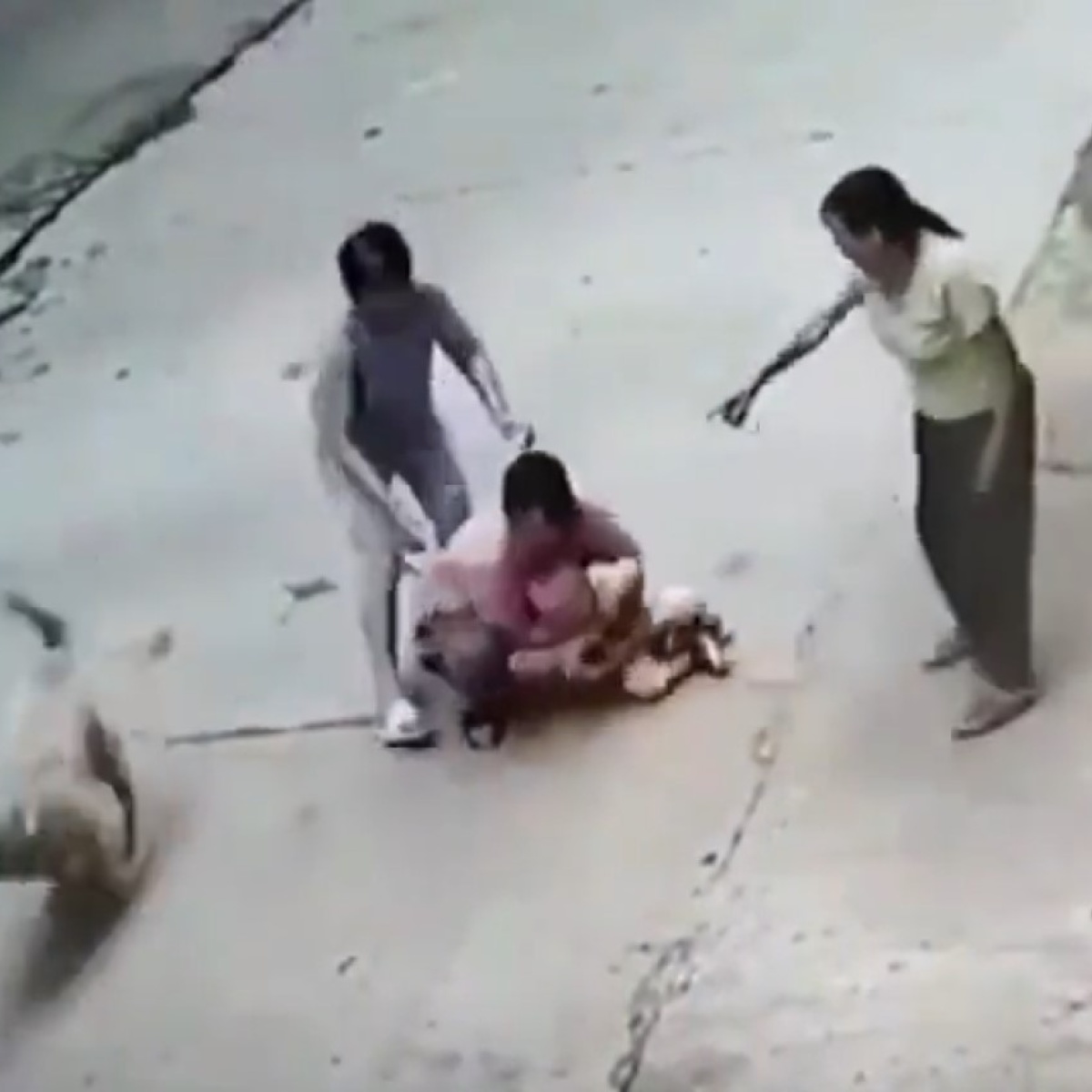 The phrase that “dog is man’s best friend” has become more true with a video that circulates on social networks, in it you can see how a dog saves a child of a stray dog.

The puppy has become a hero, since he faced a stray so that he would not hurt the little one.

It was through social networks that made a video viral (which would have been recorded in China) where two women and three minors can be seen in the middle of the street, who seemed to be protecting themselves from something while being accompanied by a ‘lomito’.

The video shows that one of the children took a few steps away from the group, so a stray dog ​​took the opportunity to attack and try to shake the little one, because of this the minor fell to the ground.

But without hesitation, the puppy that was with the group of people, at the beginning of the recording, threw himself against the stray animal and managed to get it away from the minor who was immediately attended by the people who were in the place.

It may interest you: Trained dog and drug traffickers “surrender” to the police

According to several reports that were given on local television stations, now the puppy is a hero, who is called Xiao Bai and has been part of the boy’s family for six years.

all that time has shown to be very loyal to his familywhich was reflected when the dog saves a child in the family and thus prevented a deadly attack by a stray dog.