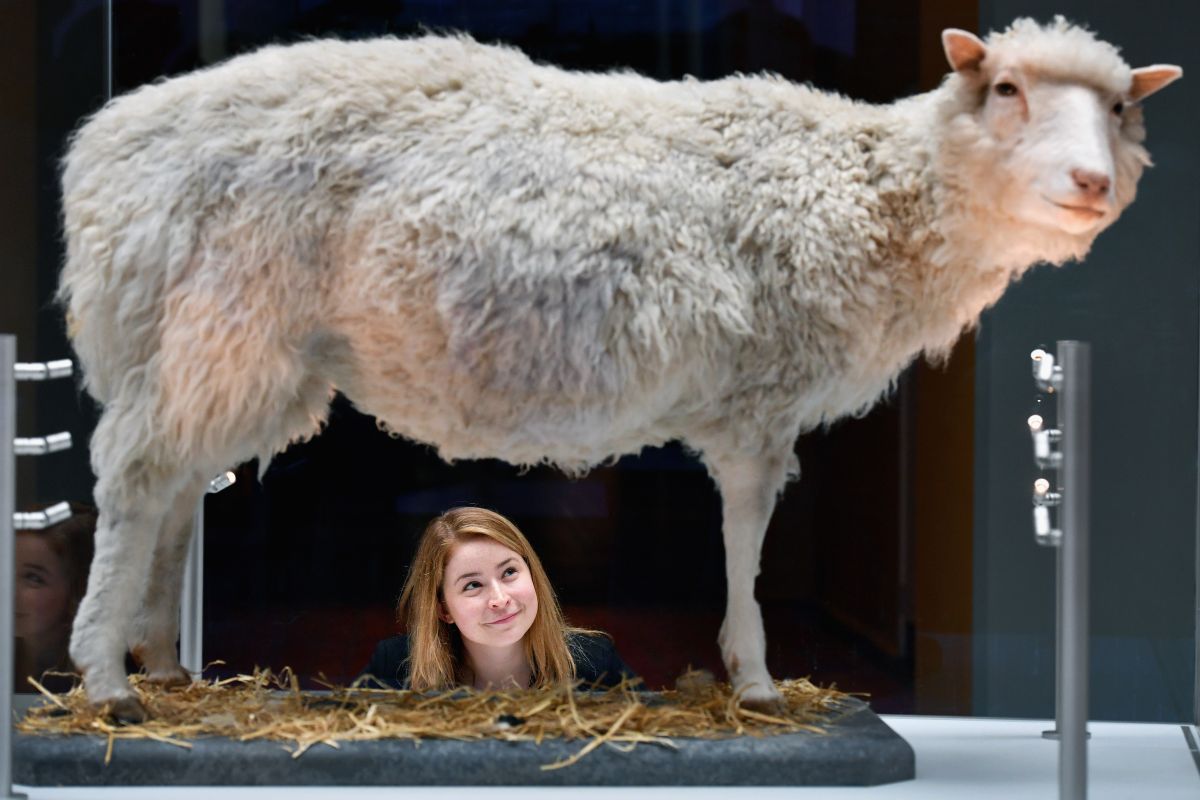 Originally under the name code “6LL3”the cloned lamb was named after singer and actress Dolly Parton.

According to reports, the name was suggested by one of the ranchers who helped with its birthafter learning that the animal was cloned from a mammary cell.

The cells were taken from the udder of a six-year-old sheep and grown in a laboratory using microscopic needles, in a method first used in human fertility treatments in the 1970s. After producing a number of normal eggs, the scientists implanted them into surrogate sheep; 148 days later, one of them gave birth to Dolly.

Dolly’s birth was publicly announced in February 1997 amid a storm of controversy.

On the one hand, supporters argued that cloning technology could lead to crucial advances in medicine, citing the production of genetically modified animals to be organ donors for humans, as well as “therapeutic” cloning, or the process of cloning embryos to harvest stem cells, for use in developing treatments for degenerative nerve diseases such as Alzheimer’s and Parkinson’s.

Some scientists also considered the cloning of animals as a possible way to preserve endangered species.

Meanwhile, critics viewed the new cloning technology as potentially unsafe and unethical, especially when applied to what many saw as the next logical step: human cloning.

Over the course of her short life, Dolly mated with a male sheep named David and eventually gave birth to four lambs.

In January 2002, it was discovered that he had arthritis in his hind legs, a diagnosis that raised questions about genetic abnormalities that might have been caused in the cloning process. After suffering from progressive lung disease, Dolly was euthanized on February 14, 2003, at the age of six.

His early death raised further questions about the safety of cloning, both animal and human. As to Dolly the historical sheep was stuffed and is now on display at the National Museum of Scotland in Edinburgh.