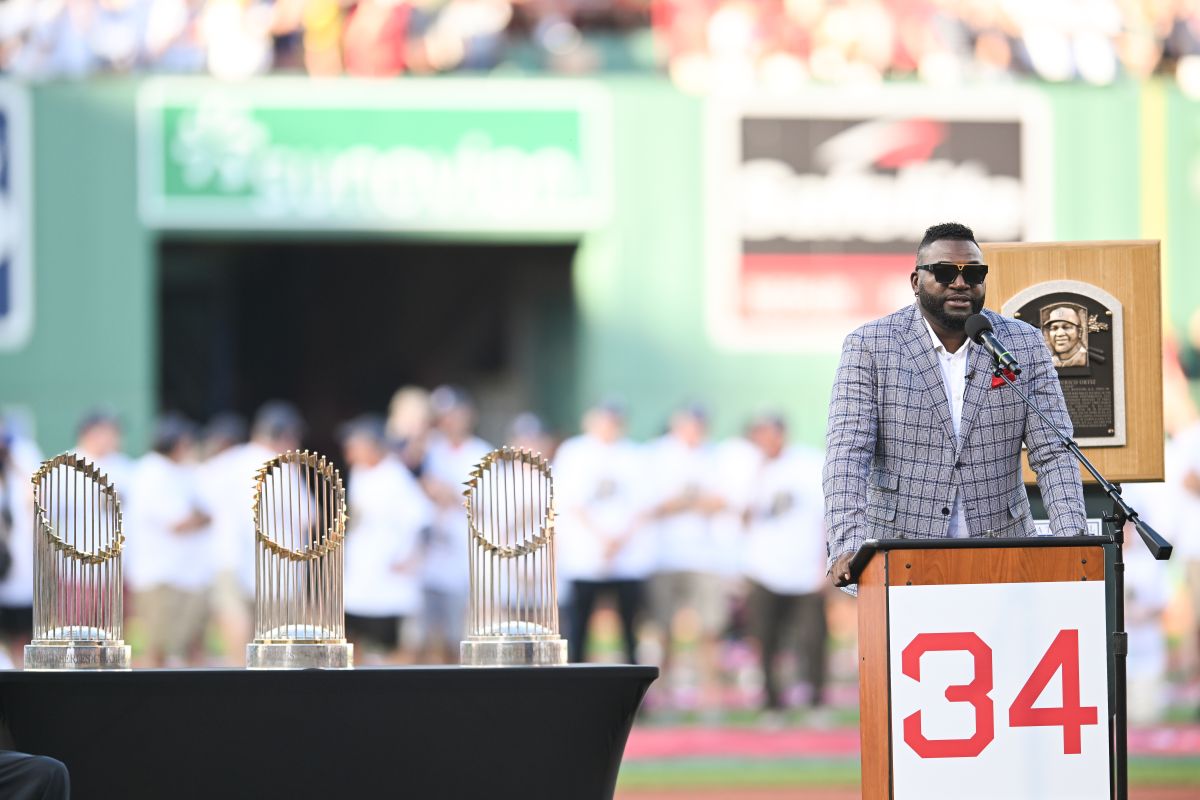 After being inducted into the Cooperstown Hall of Fame on Sunday, the Dominican David Ortiz received a new tribute from the Boston Red Sox at Fenway Parka venue that was his home for 14 seasons and where he became one of the living legends of baseball.

The set of Boston unfurled three giant pennants on the field of play which referenced the 2004, 2007 and 2013 championships. which the team won at the hands of ‘Big Papi’, the first of them to end the famous “Curse of the Bambino”.

Under the shouts of “Daddy, Daddy, Daddy”, the Red Sox fans welcomed David Ortizwho, like the Cooperstown ceremony, was accompanied by the Dominican Republic sports minister Francisco Camacho, who lists the former player as “an example to follow.”

For his part, the now member of the Baseball Hall of Immortals, thanked the Red Sox organization for the treatment received in the 14 years he wore that uniform. In turn, he thanked the Governor of Massachusetts, Charlie Baker.

Finally, the man born in Santo Domingo thanked the Red Sox fans, to whom he dedicated some heartfelt words. “Without you, this would not have happened. They have been a motivation to improve every year“, said.

Ortiz, 46, played 20 seasons in the Major Leagues, with the Minnesota Twins and the Boston Red Soxand entered this year, in his first opportunity, in the Hall of Fame, the highest recognition for a baseball player.

Also read:
– Dominican David Ortiz revealed that he was close to giving up baseball: “When Minnesota dropped me to Triple-A I wanted to leave the ball” [Video]
– David Ortiz gave an emotional speech after being inducted into the Baseball Hall of Fame and dedicated his achievement to the Dominican Republic [Video]
– David Ortiz on his alleged relationship with steroids: “I had nothing to hide, I showed my face”