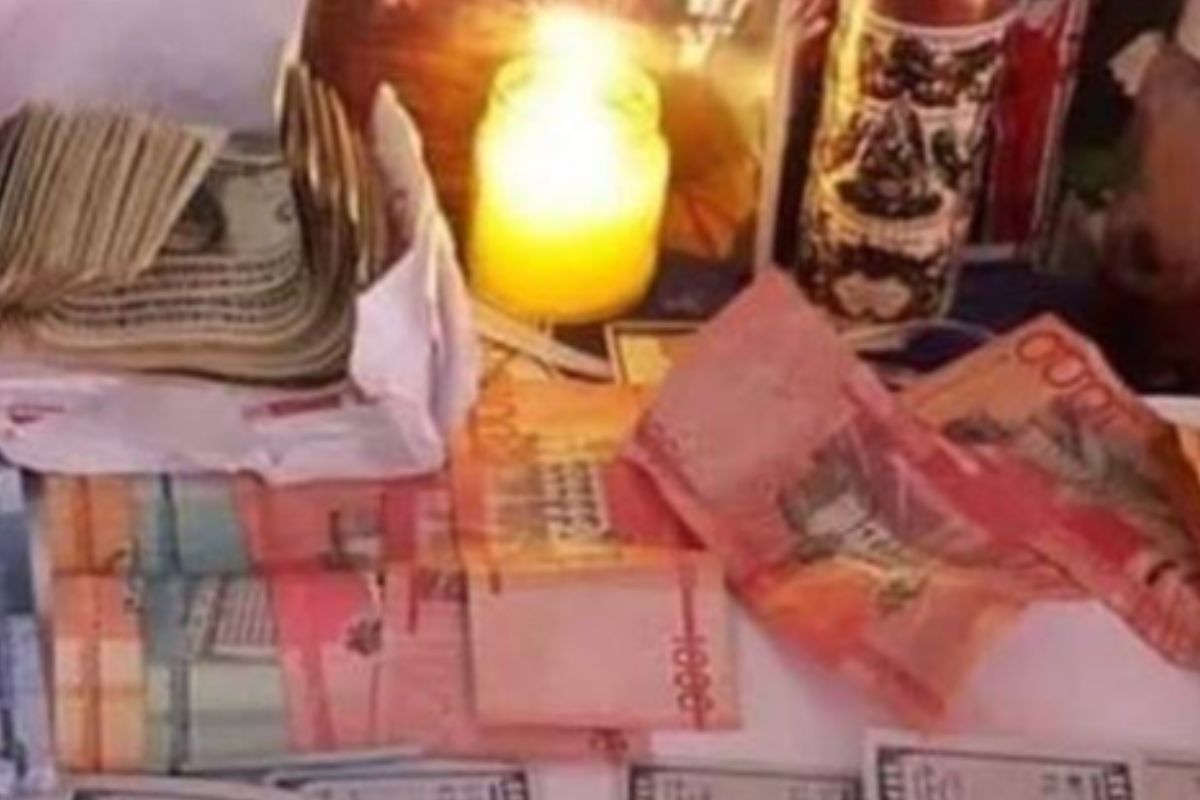 Currently hundreds of people usually come with a witch or sorcerer to achieve certain goals, from finding love to becoming millionaires, but so far the only thing many have found is trouble.

Such is the case of a group of women from the Dominican Republic who found themselves in serious trouble for trusting a couple of sorcerers who they promised him a great spell to double his money.

According to one of the complainants, a few days ago he gave Luis Manuel de la Cruz Tiburcio, known as “Franklin, el brujo” 50,000 Dominican pesos ($37,000 dollars) as well as a gold chain so that he and another group of witches cross themselves and get double their wealth.

The so-called witches failed to duplicate their client’s wealth, but they did manage to disappear their money.

Another client revealed that the alleged witches forced her to consume the drug burundangaIn addition to scamming her.

“They ordered me to take him 1 million 57 thousand Dominican pesos under death threats; if I didn’t deliver the money (they told me) that something was going to happen to me or my children. Wherever I went they followed me, ”the victim told the press in her country. And she added: “When I delivered that first part they threatened me again and asked me to now give them 1 million Dominican pesos.”

After the complaints the National Police of the Dominican Republic arrested the alleged witch, as well as two other people who were with him. After a short interrogation, the sorcerers were released from prison after paying a modest bail.

It is unknown if the scammers will be forced to return the money of the people who relied on their supernatural powers and whether their business will continue to operate as “normal” or will stop after their theater fell.

It may interest you:
* Former Mississippi paramedic will spend 40 years behind bars for sexually assaulting multiple patients
* Grandma is called a heroine for throwing herself into a lake to save her granddaughter, both died
* Texas boy dies of suffocation inside a car while his mother organized her daughter’s birthday
* Temperatures above 100 degrees will affect 20% of the US population.