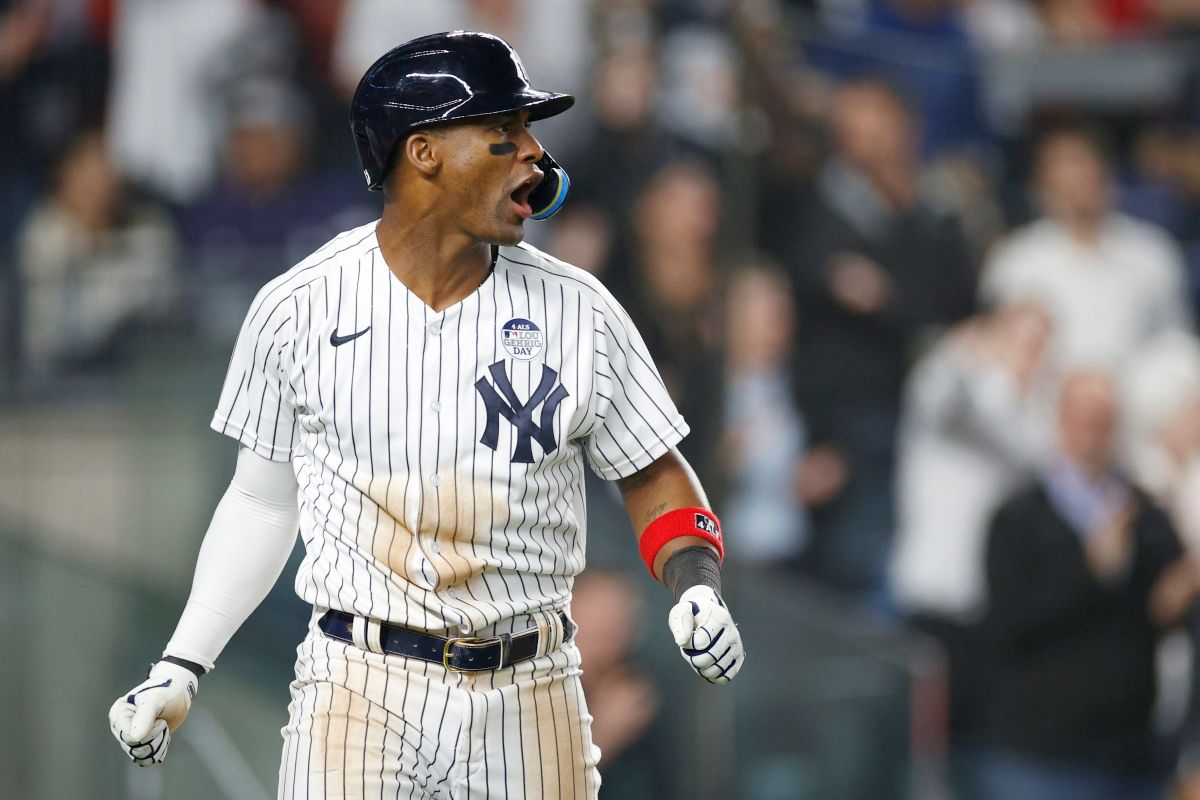 the dominican Miguel Andújar was called back to the MLB by the New York Yankees to be the 27th player on the roster in the doubleheader against the Cleveland Guardians this Saturday.

Prior to the commitments, the New York press approached the utility man to ask him about the change request that he had made to the Yankees a few weeks ago given the little playing opportunity he had received in the Major Leagues in recent years.

In that sense, he stated that he concentrates on playing better every day and hopes that this will help him to recover the ownership that he had in 2018 when he was a finalist for the Rookie of the Year award. “Let that be the main focus; keep playing as hard as you can. I know the opportunities will come in the future”.

Andújar took advantage of the opportunity of the Yankees

In the Saturday doubleheader, Miguel Andújar once again showed the Bronx Bombers how important he can be and he did connecting the hit that drove in one of the runs with which his team won 13-4 in the first game against the Guardians.

With the participation of this Saturday, the native of San Cristóbal, Dominican Republic, accumulates 12 games this season in which exhibits an average of .268 without home runs, with three runs batted in, four scored and three stolen bases.

Also read:
– Cuban Aroldis Chapman returns to the Yankees after two weeks of absence due to injury
– MLB: Aaron Judge and Venezuelan Ronald Acuña Jr. are the first to secure the title to the All-Star Game
– San Diego Padres give ‘green light’ to Fernando Tatis Jr. to intensify his defensive workouts