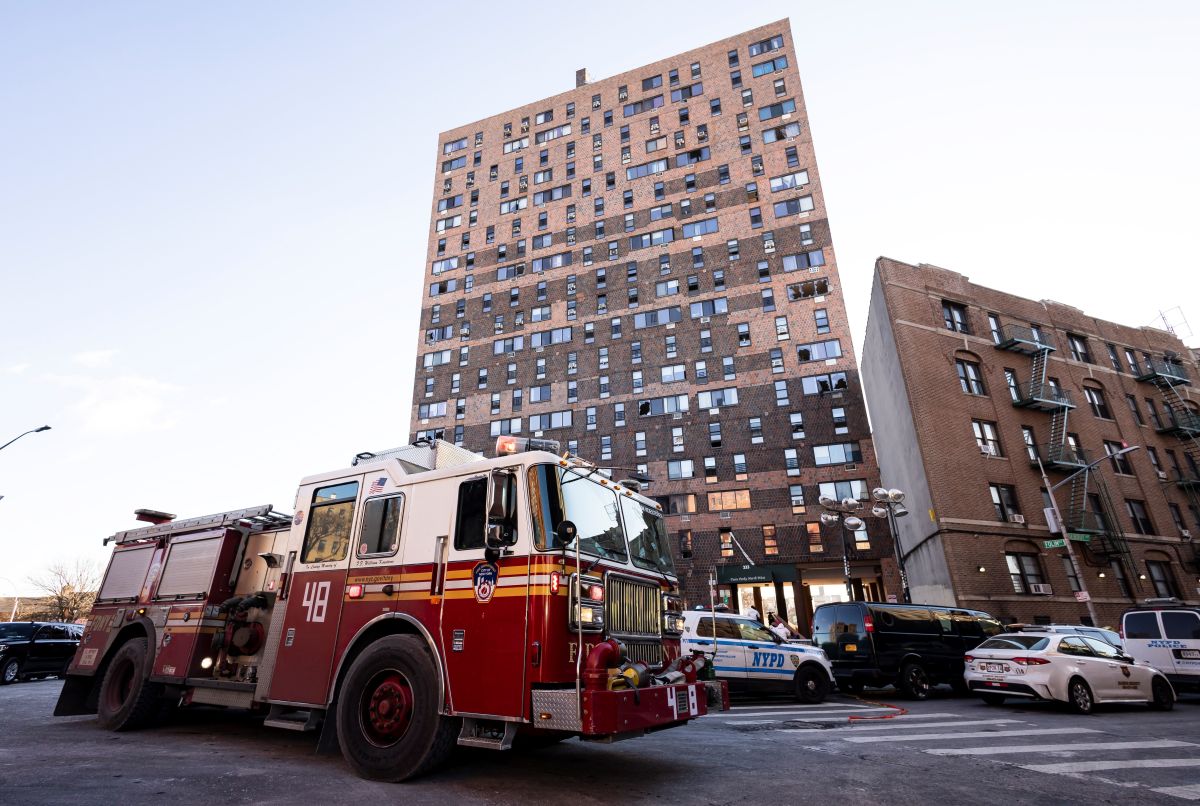 NEW YORK – A Dominican who was unaccounted for after the fire last Sunday in a building in the Bronx neighborhood (upstate New York) has appeared at a city hospital, where he was admitted for smoke poisoning.

As sources from the Dominican consulate explained to Efe, it is about a male who resided in the property where 17 people died (eight of them children), and who at first had been considered missing.

Finally, it has been found in the last hours, admitted to the Jacobi hospital of the same barrio, one of the seven health centers in the Bronx to which the wounded were admitted, some of them in very serious condition.

The authorities have not yet communicated an official list of deaths, but in the provisional list that has reached the embassy there is no surname of Spanish origin that can be identified as Dominican, the sources clarified.

The largest number of victims is of Gambian origin in this building that, like the whole neighborhood, presents a great racial mix with a high number of immigrants.

The consulate has located several Dominican families that have been damaged and that have been provisionally housed in hotels in the area, while the authorities assess whether they can return to their apartments or will have to be relocated elsewhere.

The building, of 19 floors, had 120 apartments, and the fire broke out in an electric stove located on the second floor; When leaving the apartment, its residents left the door open and that was what multiplied the expansive effect of the fire, and especially the smoke, which caused most of the deaths.

The Mayor’s Office has created a “Bronx Fire Assistance Fund” where they have encouraged New Yorkers to donate money to help victims, and have opened a center where families can register their names to be recipients of aid.

In addition, they have insisted that all the victims, whatever their immigration status, will be assisted, and there will be no persecution for those who cannot demonstrate that they have valid documents, due to the fear of deportation.