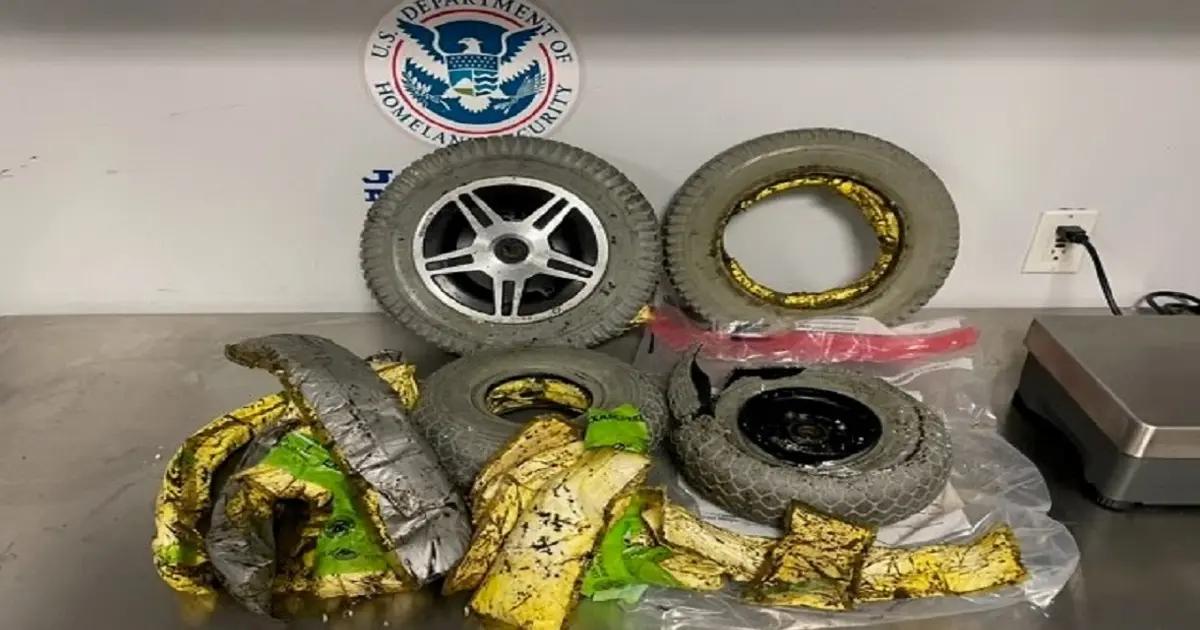 According to the authorities’ report, Emelinda Paulino De Rivas, a citizen of the Dominican Republic, arrived in New York on Nov. 10 on a flight from Punta Cana. The report states that Rivas was traveling in a wheelchair when CBP officers noticed the chair was not turning, so they checked and found an anomaly in all four wheels.

The statement said the officers evaluated the wheels and found that the white powder inside was cocaine.

Rivas was arrested for importing a controlled substance and turned over to Homeland Security Investigations (HSI). The weight of the cocaine seized was approximately 28 pounds.

“CBP remains steadfast and determined to work with our partners to identify the transnational criminal networks responsible for importing these deadly drugs into our neighborhoods,” said Francis J. Russo, CBP’s director of field operations in New York. “CBP’s mission is to protect the borders and ports of entry 24/7/365 to prevent these dangerous drugs from potentially killing our family, friends, and neighbors.”

Rivas now faces federal narcotics smuggling charges and will be prosecuted by the U.S. Attorney’s Office in the U.S. District Court for the Eastern District of New York.

All defendants are considered innocent unless and until proven guilty.