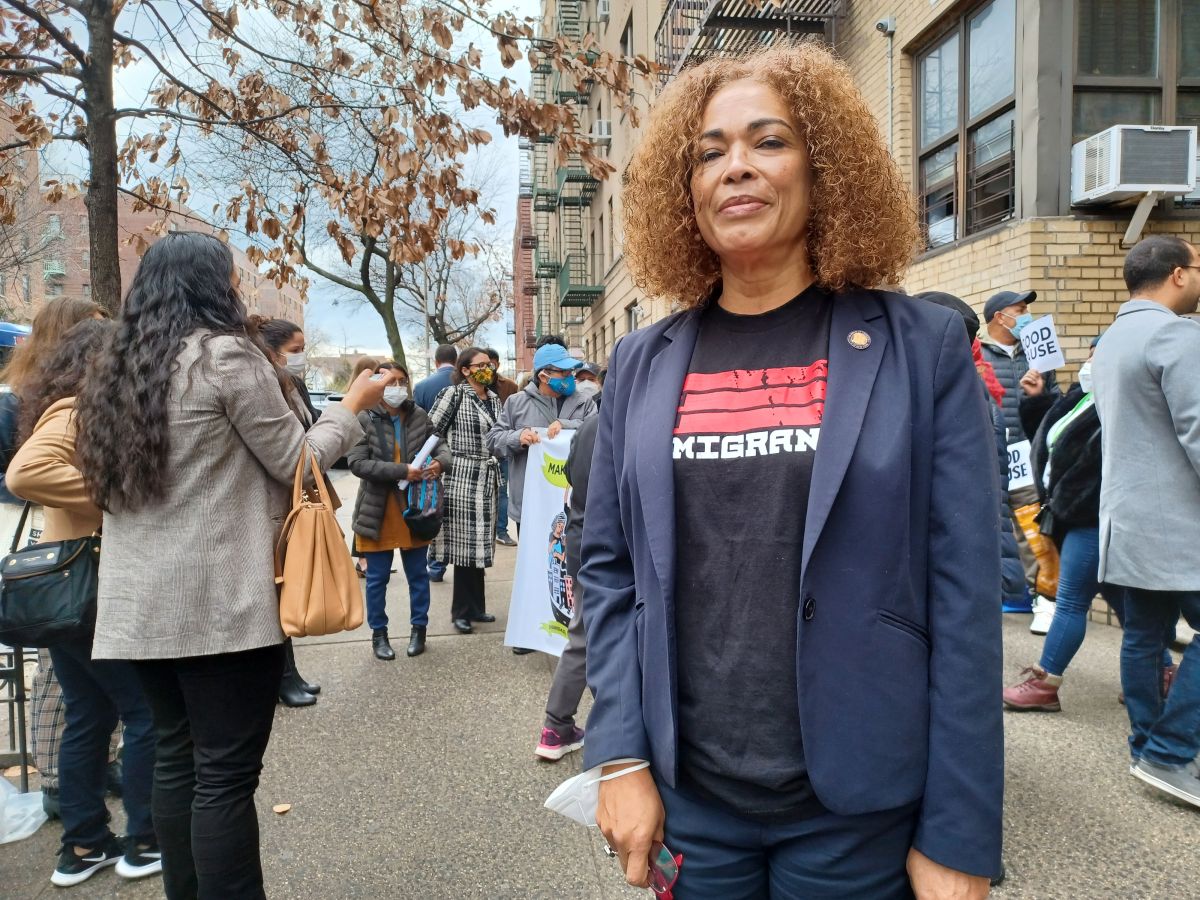 This February 27 marks the Independence of the Dominican Republic. And this community here in the Big Apple has many reasons to celebrate the national holiday, and one is having managed to increase its political power in New York. Since last January 1, six Dominicans have occupied six seats in the Municipal Council, 13 have a seat in the New York State Assembly, a former councilor of Quisqueyan origin is the new president of brooklyn county and Mayor Eric Adams has in his government team with at least four high-profile officials born on the island, including the new Transportation Commissioner.

But beyond the previous equation, derived from the logic of the largest Latino immigrant community residing in the Big Apple, in the voices of this representation in legislative and executive powers, there is a sealed commitment to the poorest and minorities of an entire city and state, regardless of their ethnic origins.

In the complicated political landscape of the Big Apple, for example, the Councilor Pierina Sánchez, 33 years oldwho represents Salsa County District 14, and which includes the neighborhoods of Kingsbridge, Fordham, University Heights, Mount Eden, and Mount Hope.

This local legislator, who calls herself ‘Afro-Dominican’ and was born and raised in the Bronx, studied in public schools and rose academically in the Harvard and Princeton universitiesand today he has ahead of him the titanic task of presiding over the Council Housing Commission, At a time when the Big Apple is facing one of its worst affordable housing crises and the displacement of the poorest in their neighborhoods.

“We were elected for a change and for defending a very clear agenda of public policies for the benefit of all, absolutely allour communities of color, the working class and immigrants”, emphasizes Sánchez.

The councilwoman, who from a very young age joined community boards until she became a specialist in urban planning, since she was elected she has made it a priority to promote the draft state legislation ‘Evictions for Good Cause’ (S2892) which would prevent disproportionate rent increases and eviction lawsuits, without a compelling reason.

“Those of us who assume positions of this type must do so with great integrity to open the way for the next generations of immigrants. It is a double commitment, with our roots, but mainly with an entire city”, he highlighted.

With a pandemic scenario, violence and an unstoppable rise in the price of rents, Sánchez’s goal is to add her shoulder to create protections, which, as she defines, achieve “stabilize communities”.

“We observe that in the current rent increase scheme, at least 100,000 families in the Bronx could in the future be at risk of being evicted. In addition, everything has been more exposed with the fires registered in January. There is a maintenance and security crisis that hundreds of buildings have. We must act on this”said the councilor.

If any immigrant community in the Big Apple has suffered in recent decades from displacement within neighborhoods that for decades have traditionally been his home has been the Dominican.

In fact, this Caribbean group, since at least 2010, has been reporting that they have had to abandon their rental apartments in Upper Manhattan to look for cheaper rental spaces in the South Bronx. Now, they fear that for the sustained process of gentrificationalso have to leave these neighborhoods.

A matter of cultural understanding

The State Assemblywoman Yudelka Tapiaborn in the Dominican Republic, barely began in 2022 her duties as state legislator for District 86serving the towns of University Heights, Morris Heights, Mount Eden, Kingsbridge, Tremont and Fordham in the Bronx.

This Quisqueyan voice in Albany comes from struggles for women’s rights and access to education, both on the island and in the city’s poorest neighborhoods. And she assures that she lived on the edge of fear of losing her home when she had her young children.

“It seems to me that being Dominican gives you a cultural competence to interpret more clearly what the social agenda should be that we must promote, because the problems that Dominican families have, Every poor family in New York has it.”he clarified.

Tapia ponders that at this moment, when discussions about the fiscal year 2023 budget in the state of New York, there are reasons for some optimism, at most, to begin a path of change.

“We are observing that the budget put on the table by Governor Kathy Hochul has advantages to advance in some social struggles,” he considered.

The legislator believes that the Dominican political power in New York has the challenge of improving the quality of life of poor families who live below a salary of $17,500 a year. Well below the national average.

“From our position we must encourage children to go to school to receive a quality education, but also work to reduce the shortfall of 650,000 affordable homes. But, attention, we must clarify that this road is long, but we are fighting and we must encourage the population to participate”, he concluded.

power in the bronx

Among the five boroughs that make up the Big Apple, the Bronx is increasingly a center of power for Dominican elected officials.

The Dominican population has grown steadily over the last decadewith 701,188 Quisqueyans now living in New York City, representing the 8.3% of the population, surpassing Puerto Ricans, according to projections from the 2020 Census.

In the Bronx, they occupy the 22% of the population, More than any other Hispanic group but specifically in City Council District 15, Dominicans make up approximately 40% of the population. This electoral circuit is also occupied by the Dominican Oswald Feliza lawyer who for years had stood out as an advocate for tenants suffering from unfair and abusive evictions.

In recent weeks, knowing from inside the ‘monster’ of the housing crisis, is part of the group of councilors who, from the Big Apple, are moving all the possible pieces so that laws are approved in the State that prevent exorbitant increases in rents and evictions without just cause.

“We have legal initiatives that, if approved, could stop evictions. We urge that the ‘Good Cause Evictions Act’ be a tool to stop thousands of families remain on the street”said Happy in an action last week that from the Bronx launched an emergency call in the face of the housing drama in the Big Apple.