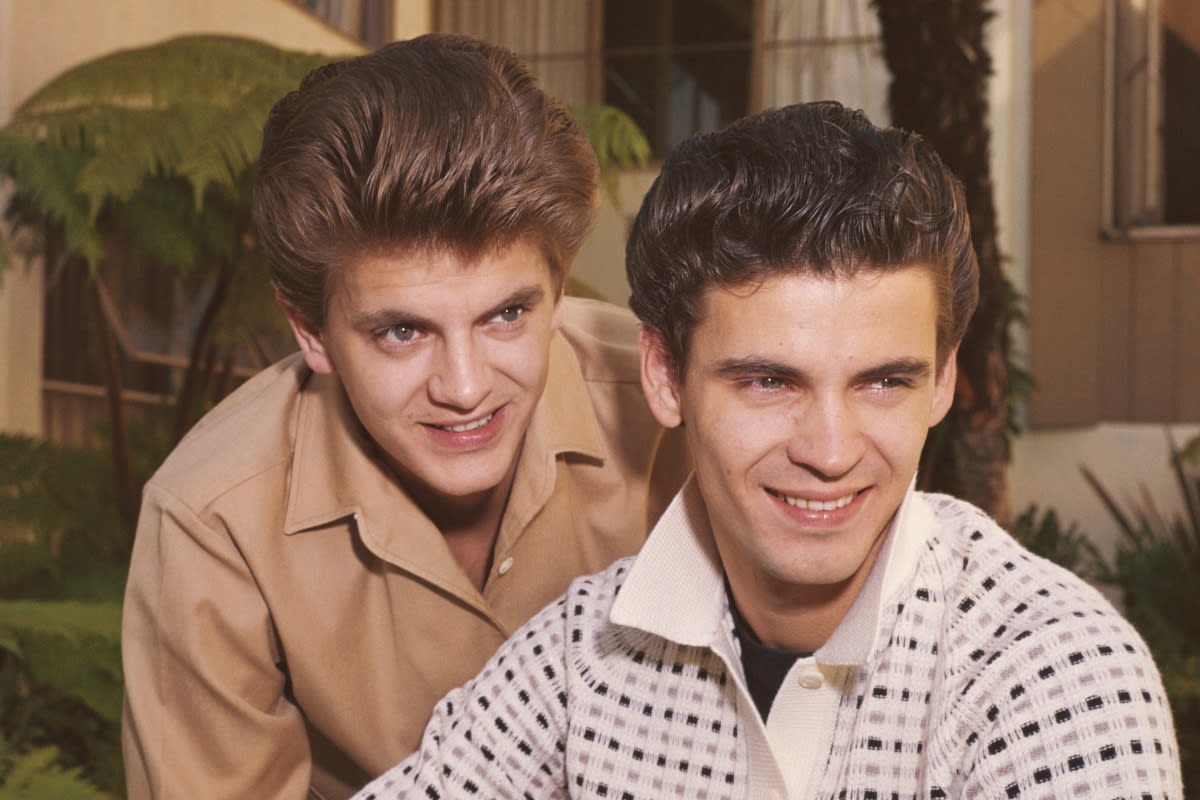 A legend is leaving. In the early hours of today, the sensitive death of The Everly Brothers singer and guitarist Don Everly was announced, who is considered, along with his brother Phil, “one of the greatest influences in rock history. and roll ”.

According to information from Los Angeles Times, a family spokesman was the one who was in charge of confirming the death of the musician, although so far the causes of his death have not been revealed. His brother Phil died of a lung disease in 2014.

Through the official Instagram account of the musical group, of great fame in the fifties and early sixties, this sad news was shared with its just under 5,000 followers, who immediately expressed their condolences.

“It is with great sadness that we regret to announce the passing of Isaac Donald Everly today. He leaves his wife Adela, his mother Margaret, his children Venetia, Stacy, Erin and Edan, and his grandchildren Arabella, Easan, Stirling, Eres, Lily and Esper ”.

They mourn the death of Don Everly from The Everly Brothers

One of the first to react to the news of the death of Don Everly of The Everly Brothers was renowned singer-songwriter Brian Ray, who is also former beatle Paul McCartney’s guitarist and producer: “I’m so sad to hear this news. . They were such an important part of my music education. “

For his part, the American actor, musician and comedian Charles Esten expressed himself thus: “Rest in peace, Don Everly. And may the flights of angels guide you and your voice on your way ”, while director Adria Petty, daughter of Tom Petty, confessed to being very sad to read this news.

They say goodbye to “the sweetest voice of all time”

Also, who expressed his condolences after the death of the older brother of The Everly Brothers was Olivia Harrison, widow of former beatle George Harrison: “Rest in peace. The sweetest voice ever. What a harmonizing, singing and clear and true. You made my world a better place ”.

Renowned songwriter Billy Steinberg, creator of songs like True Colors and Like a Virgin, shared an emotional message: “Don Everly is one of my favorite singers. His solos on his songs were very emotional, not to mention the harmonies with Phil that inspired The Beatles, Simon and Garfunkel and everyone else. Don wrote some of my favorite songs for The Everly Brothers. “

“Don Everly lived what he felt in his heart”

In the statement that the musician’s family shared, it is said that Don Everly “lived from what he felt in his heart”, in addition to expressing his gratitude for the ability to live his dreams with his soulmate and wife, Adela, and sharing the music that made him an Everly Brother with his brother Phil, who died in 2014.

Isaac Donald Everly, better known as Don, was born in 1937 in Kentucky. Together with his brother Phil, he spent several years of his childhood in Iowa before moving to Tennessee with his family. It was in Nashville that the story of The Everly Brothers began. In 1957, her song Bye bye love became a hit.

They are part of the Hall of Fame

Since 1986, The Everly Brothers, which is defined as a duo of country music and rockabilly, have been part of the Rock Hall of Fame. Figures such as The Beatles, Simon & Garfunkel, Neil Diamond, Electric Light Orchestra, Mark Knopfler and Billy Joel have recognized them as one of their influences.

Don and Phil are the children of two country music lovers, Ike and Margaret Embry Everly, with whom they played on live radio and not very important live shows in the western United States. Perhaps unknowingly, they were preparing for something much bigger.

According to his biography, the brothers Phil and Don Everly, as teenagers, landed a brief contract with Columbia Records. Their first single was The sun keeps shining, which did not achieve the success they had hoped for.

However, The Everly Brothers caught the attention of renowned guitarist and hit country music artist Chet Atkins, commenting on them and landing an audition with Cadence Records director Wesley Rose. There his fame would begin.

It should be noted that Phil and Don distinguished themselves by being very good guitarists, in addition to using a closed harmony style in which each one sang a tone that normally sounded like a slow melody. Something very different at that time.

The Everly Brothers used Gibson brand guitars, using a guitar effect called tremolo in some of their songs. Gibson released a limited edition guitar called the Gibson Jumbo Everly Brothers in honor of the brothers.

Bye bye love and All I have to do is dream are the first two hits by The Everly Brothers, songs included in their first record material. Without knowing what he had in his hands, Elvis Presley had the luxury of rejecting the song Bye bye love.

It was in 1960 that the brothers Phil and Don Everly changed record labels, going to Warner Brothers for the sum of one million dollars, the highest amount paid to an artist or group by a record company at that time.

The beginning of the end of The Everly Brothers

As a result of the tours and the accumulated work over the years, Phil and Don Everly decide to end the duo in 1973. In that year, they had their own television program, replacing the program of the renowned singer Johnny Cash.

And although they continued to record separately, neither Don nor Phil had the success they achieved with The Everly Brothers. It was until 1983 that an emotional reunion took place in a historic concert on September 23 at the Albert Royal Hall in the United Kingdom. Their success was such that they decided to record together again.

But not everything was mile on flakes in the career of Don Everly, who died at 84 years of age, since in an interview he recognized his addiction to drugs: “People did not understand drugs well at that time. They didn’t know what they were messing with ”.

“It was not against the law: I saw a photo of my doctor with the president (John F. Kennedy), you know? But it got out of hand, naturally. It was a real disaster for a lot of people, and it was a disaster for me. Ritalin made you feel energetic. You could stay awake for days. It just made me nervous. I got so far that I didn’t know what I was doing, ”he commented.