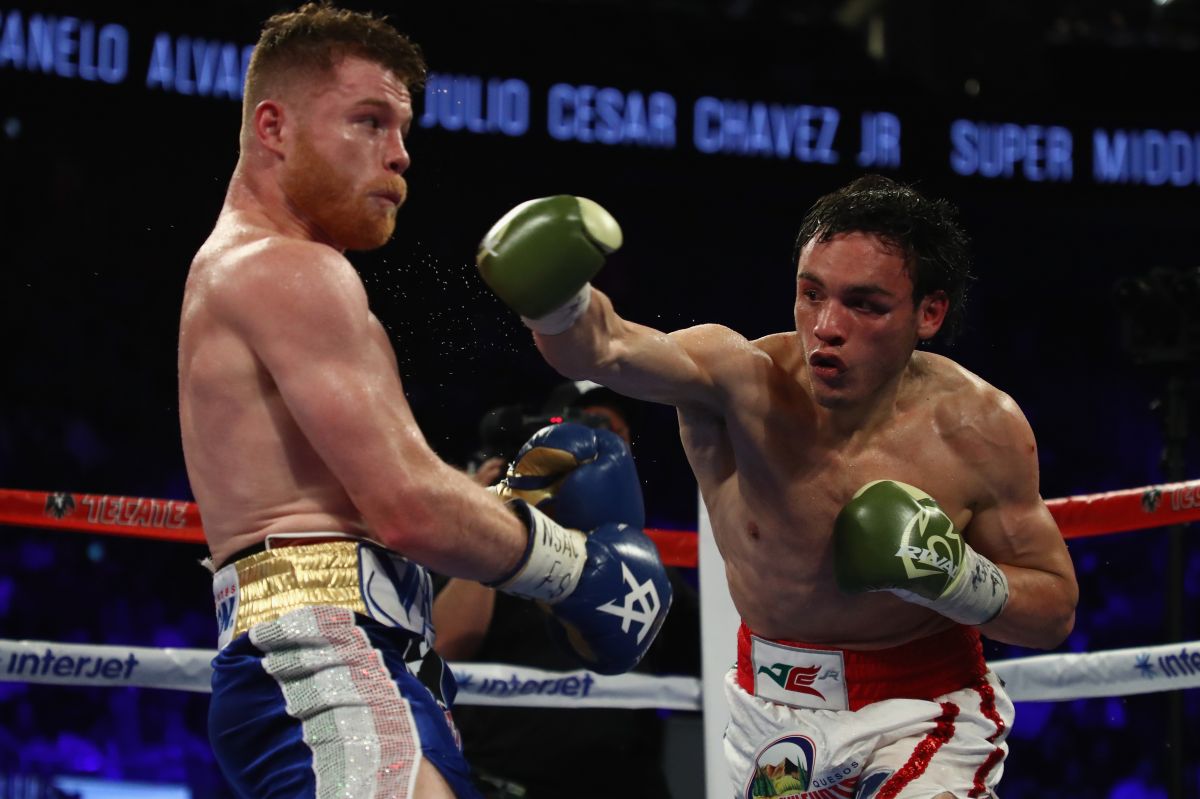 Nacho Beristainwho trained Julio César Chávez Jr. for a period of time, He recalled the greatest shame that the son of the “Great Mexican Champion” put him through.‘, and it was exactly in the fight he had with ‘Canelo’ Álvarez in 2017where the man from Guadalajara won by unanimous decision.

The legendary Mexican coach recalled, during the Un Round Más podcastthat brawl where he highlighted that his pupil made him feel very embarrassed for the poor performance he had in the fight, ironically that he smoked a churro before the fight, and for that reason he looked so bad inside the ring.

“I was on the corner with Julio’s son (César Chávez), of course he got into a fucking ‘churro’ and didn’t fight, everything was without reflexes, he threw punches two or three times and nothing else. It was embarrassing for me to be there on the fucking corner telling him: ‘hey, you have to do this’ and nothing”, recalled Beristáin.

He even acknowledged that it bothered him to collect his money because of how bad Julito was, Well, he is not a person to receive money without having to work for it, and he considered that his work was not done well since the son of the legend did not comply with the instructions, nor with the expectations.

“Charging 250 thousand dollars just like that, like a bastard, gives courage. The payment for that fight, they gave me in cash, that was the agreement with Julio… Julito’s ex-wife sent it to me, who is a very prepared person, her name is Frida, she is a prepared person and has several professional titles. She sent me the ‘pachocha’ (payment) in a bag, ”said Beristáin.

His harsh perception of Canelo Álvarez

Lastly, he gave his opinion of Canelo as a fighter, from the point of view of a rival trainer, and was surprised to say that El Guadalajara is not the boxer that everyone thinks he is.

“I think they have helped him a lot, he is not the peeler they think he is: he is not the one who eats lead and shits little soldiers. I think he is a fighter who is good, but at a certain level “he concluded.

Canelo spends a fortune on a dinner: The man from Guadalajara was surprised to reveal that he always invites more than 35 people to dinner after each fight

$1,000 dollars per minute: Julio César Chávez paid Nacho Beristáin a fortune to be in his corner in the fight against Miguel Ángel González