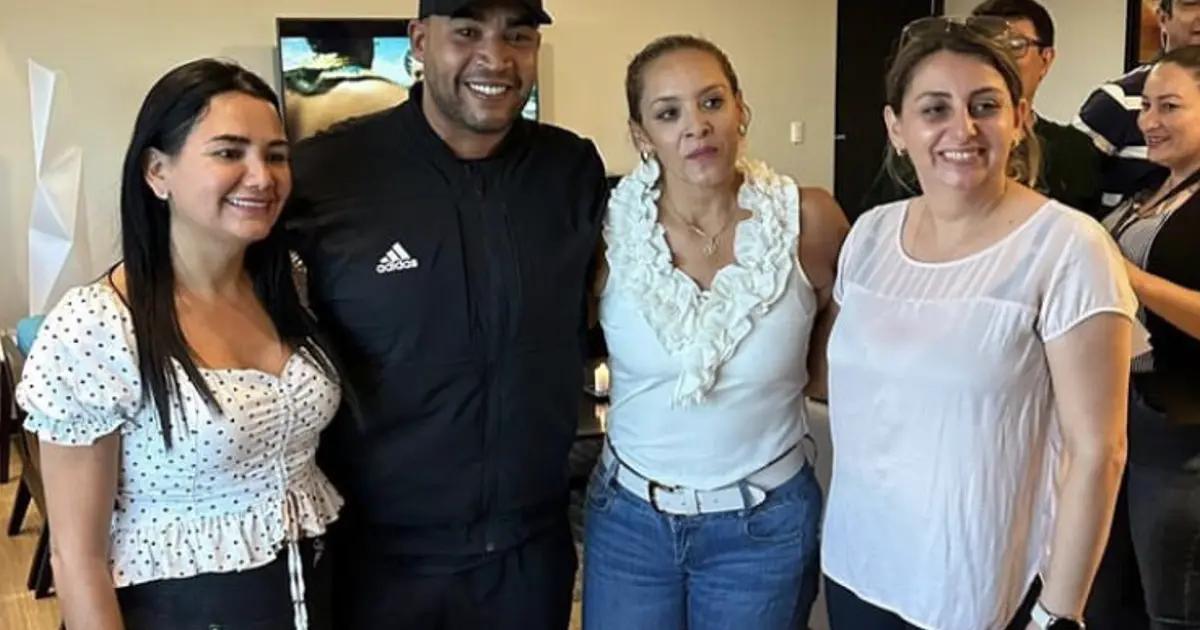 Singer Don Omar shared a photo with the judge who heard the complaint against him for alleged aggravated fraud in Bolivia and the prosecutor who filed it.

“This weekend I met these three ladies who love the search for the truth. On the left, the prosecutor of the investigation who gave herself the task of corroborating all the events to present them to the wonderful judge who attended the investigation (to my right) and her diligent head of investigations,” the artist posted on his Instagram account at the bottom of the image.

The urban performer thanked the three for “making the truth in black and white so that those who want to make it ‘yellow’ cannot achieve it. Thanks to all and all their teams #police #prosecutors #agents #producers”.

Don Omar, as well as his compatriots Zion and Lennox were able to perform last night at the Real Santa Cruz stadium in Bolivia.

The show was preceded by a controversy with the authorities of that country. This after postponing a show to be held last Thursday in La Paz and the following day in Santa Cruz.

Then, the Vice-Ministry of User and Consumer Defense filed a complaint against William Omar Landrón – Don Omar’s first name – and other production team members, including his brother, Héctor Landrón.

The Specialized Prosecutor’s Office for Patrimonial Crimes of Santa Cruz issued an arrest warrant against Don Omar for alleged aggravated swindling for the postponement of two shows in the country, even though one of them had already taken place.

Don Omar had been arrested in 2007 in Santa Cruz, Bolivia, for the same offense because a year before he had failed to comply with a presentation in the city of La Paz.

On this occasion, the delay of the presentations was due to a problem with the flight that was supposed to transport the voice of Dale Don, Dale, and that did not meet the standards.

“Grateful for the authorities in Bolivia and their excellent execution in the search for the truth. We always were and continue to enjoy freedom,” Don Omar clarified in his social networks.

While Zion & Lennox, through a press release, confirmed his detention.

“The artists are currently being held against their will,” read the statement on their official Facebook account.

“A satisfactory agreement has been reached between both parties and it is a matter of minutes for Zion & Lennox to leave this place (the Fuerza Especial de Lucha Contra el Crimen) and do the sound checks (at the Real Santa Cruz stadium) since Don Omar is at the hotel waiting,” Silvestre Ibáñez, the duo’s lawyer, reported yesterday in statements reproduced by El Deber.

This media reported that Ibáñez specified that neither the artists nor the producers would have to pay any fine.