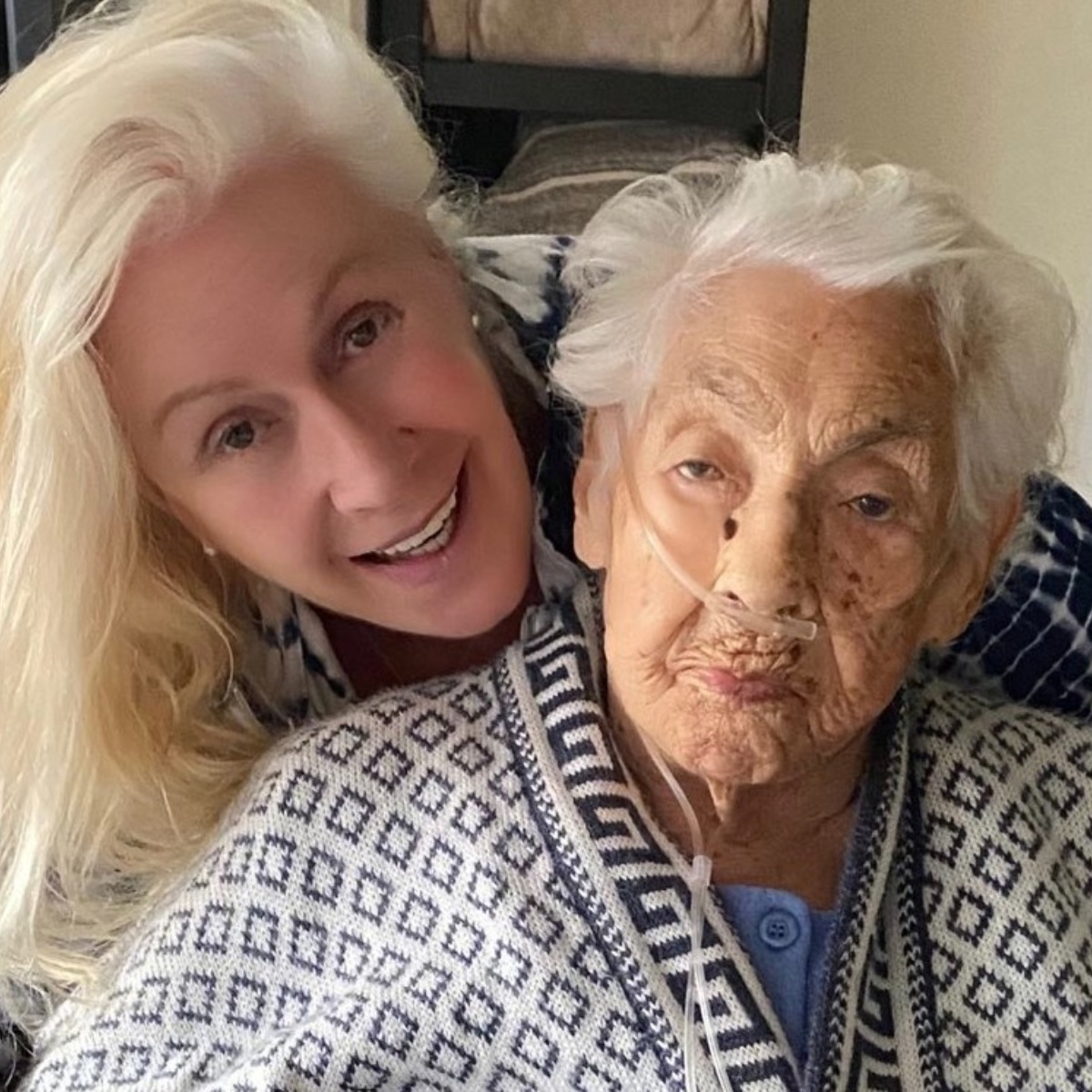 Laura Zapata is experiencing one of the most difficult moments of his life, because yesterday his Granny Doña Eva Mangeat 104 years of age and in the midst of his difficult loss, he was able to speak to the media and revealed what his last moments were like.

In AmericanPost.News We informed you that Doña Eva Mange died of natural causes, due to her advanced age.

It was the same actress who used her social networks to confirm the death of Doña Eva Mange with whom she remained until her last breath, shocking the world of entertainment.

Doña Eva Mange is veiled at the French Pantheon in Mexico City and it was the actress Laura Zapata who, upon her departure, had a meeting with the media and thanked them for their support and understanding in the difficult moment she is facing and revealed that her grandmother He died in her arms.

In the same way, she said she was satisfied to have stayed by her grandmother’s side, with whom she lived since she was 3 years old.

“I will always miss her, but I will always carry her in me, in my skin, in my nails, in my teeth, in my body, in my skin, in my heart, in my life and in all the teachings that she gives me. I am happy for her because she has stopped suffering, her body was already very tired, it already hurt and we human beings cannot be like this”.

It may interest you: “I ask for prayer”: Laura Zapata’s grandmother is hospitalized

Laura Zapata was questioned about the reaction that her sisters Ernestina Sodi, Federica Sodi, Gabriela Sodi and Thalía have had, before the death of their grandmother Doña Eva Mange and revealed that with the exception of the singer she has not had contact with them.

“Of course I told Thalía, she was in contact with me, I put her out loud, because you always have to love and say the best when people are saying goodbye, she said some very nice words to our grandmother and in the moment where she expired, was also communicated to her, “he revealed.

Although she said she did not know if her sister Thalía would attend her grandmother’s funeral “I don’t know if she will come, I don’t know anything.”

Finally Laura Zapata was questioned about the message she sends to her sisters before the death of Ms. Eva Mange and although he refused to address them, he reaffirmed the importance of not abandoning older adults.