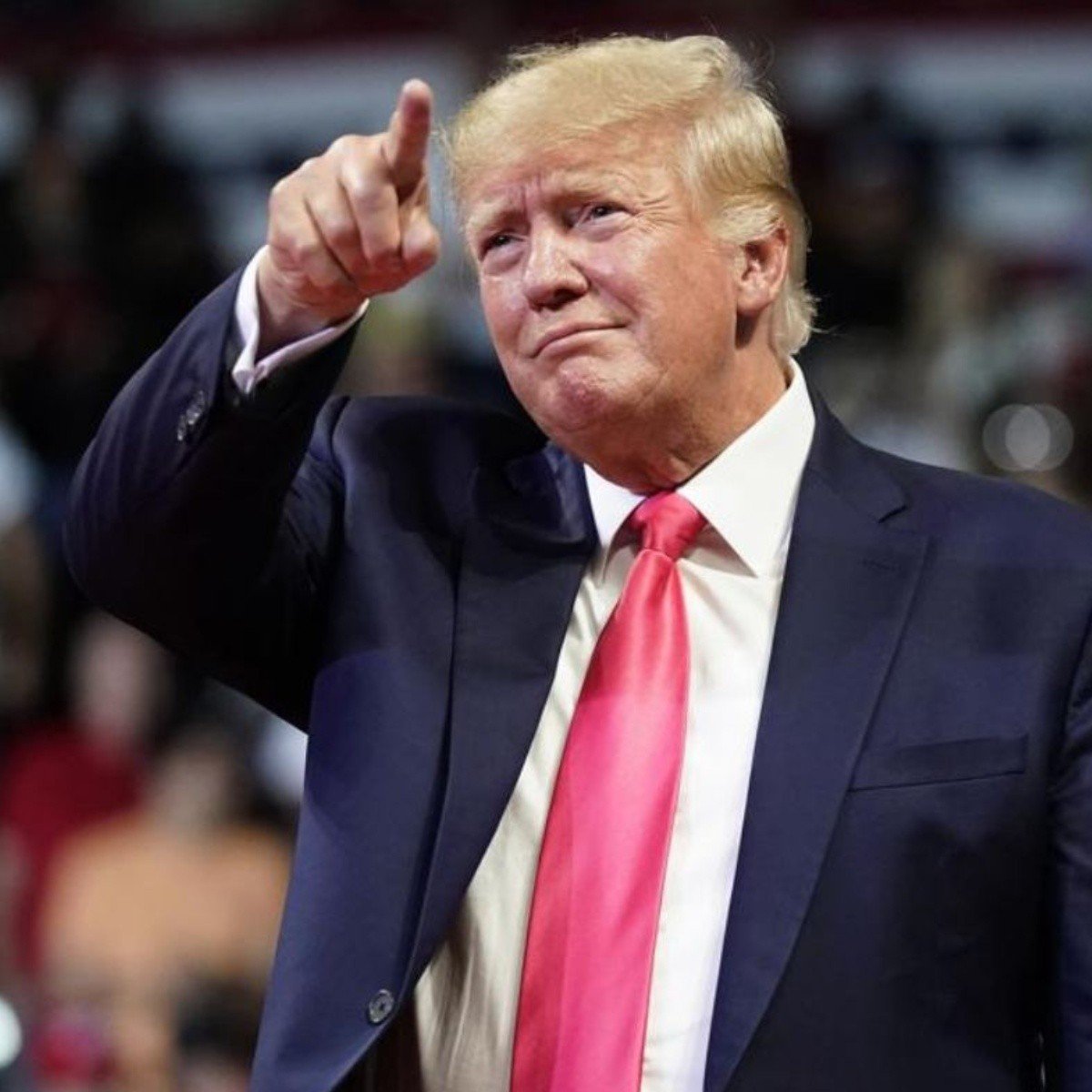 United States.- Donald Trump availed himself of the Fifth Amendment of the United States Constitution and did not want to answer questions under oath in the already long civil investigation of the New York prosecutor’s office into his real estate deals, the former president reported on Wednesday in a release.

The Fifth Amendment guarantees a person’s right to refuse to respond to an authority, on the basis that such a response could incriminate them.

Trump arrived shortly before 9 a.m. in a motorcade of several vehicles. More than an hour later, he claimed that he “declined to answer questions under the rights and privileges that the United States Constitution grants to every citizen.”

“I once asked, ‘If you’re innocent, why do you take the Fifth Amendment? Now I know the answer to that question,” Trump added in the text. “When your family, your company and everyone in your orbit has become the target of an unfounded politically motivated Witch Hunt supported by lawyers, prosecutors and the Fake News Media, you have no choice.”

As vociferous as Trump has been in defending himself in written statements and on stage at rallies, legal experts say the same strategy could have backfired in a deposition scenario, because anything he says could potentially be used in the prosecution. criminal investigation.

His decision comes just days after his Mar-a-Lago, Florida, estate was raided by FBI agents as part of an unrelated federal investigation into whether he took classified documents with him when he left the White House.

The New York civil investigation, led by Attorney Letitia James, revolves around accusations that the former president’s company, the Trump Organization, misrepresented the value of several of its assets, such as golf courses and skyscrapers, deceiving lenders. and tax authorities.

“My great company, and myself, are being attacked from all sides,” Trump wrote Tuesday night on his social network Truth Social, invoking his repeated complaints about James, who is black, and his investigation. “Banana Republic!” he added.

Messages were left at James’ office and with Trump’s attorney requesting comment, but there was no response.

“When your family, your business, and everyone in your orbit has become the target of an unfounded, politically motivated Witch Hunt supported by lawyers, prosecutors, and the Fake News Media, you have no choice.” Donald Trump Former President of the United States.

In May, prosecutors said they were nearing the end of their investigation and that investigators had collected substantial evidence that could support legal action, such as a lawsuit, against Trump, his company, or both.

The Republican billionaire’s deposition, a legal term for sworn testimony not given in court, is one of the few missing pieces, the prosecutor’s office said.

Two of Trump’s adult children, Donald Jr. and Ivanka, have testified in the investigation in recent days, according to two people familiar with the matter, who spoke on condition of anonymity because they were not authorized to speak publicly.

The Trumps’ deposition was scheduled for last month, but was delayed after the death of the former president’s ex-wife, Ivana Trump, on July 14. Ivana Trump was the mother of Ivanka, Donald Jr. and another of the businessman’s sons, Eric Trump, who already went through the process in 2020.