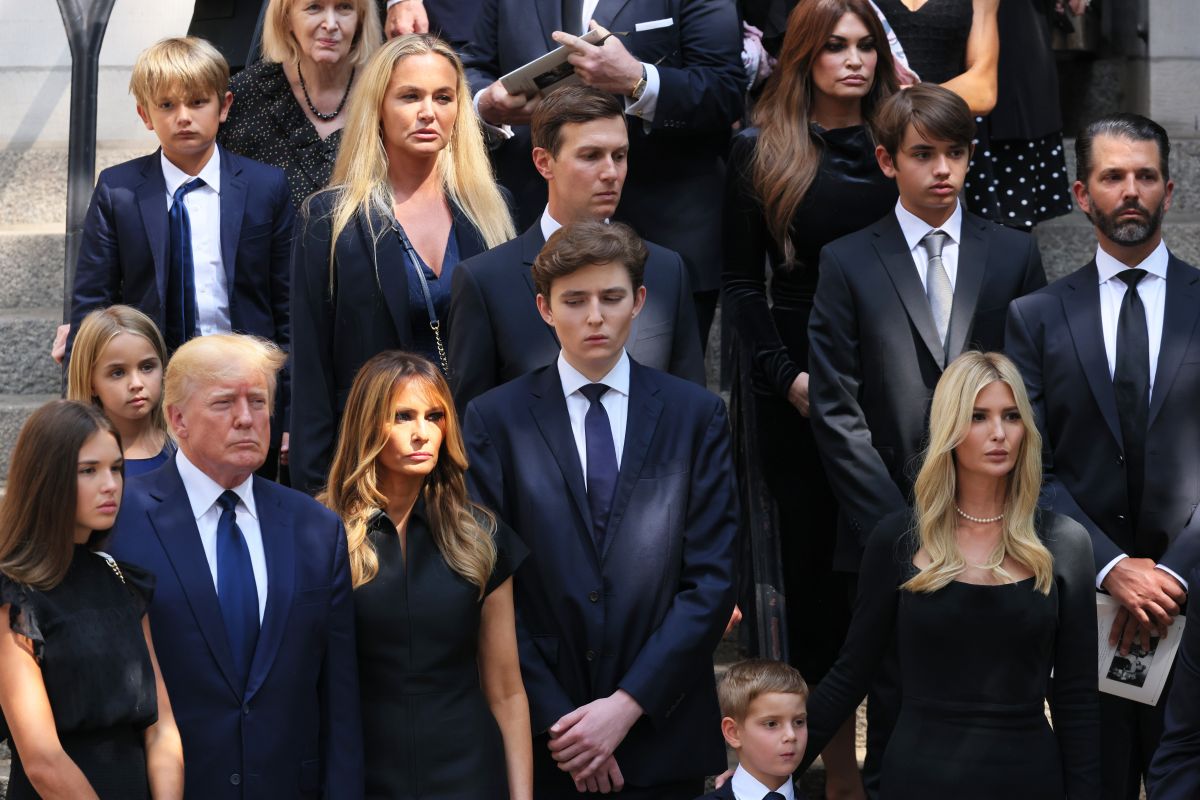 Numerous people filled the St. Vincent Ferrer church in the city of New York on Wednesday to attend the funeral of Ivan Trumpthe first wife of donald trump, who is credited in part for raising the businessman’s profile to a status that helped pave the way for his presidency, according to The New York Times.

“A very sad day, but at the same time a celebration of a wonderful and beautiful life,” former President Donald Trump wrote on Truth Social, his social media platform.

Donald Trump attended the funeral with his current wife, former First Lady Melania Trump. Also in attendance were Donald and Ivana Trump’s children, Ivanka, Donald Jr. and Eric, his spouse and Trump’s second wife, Marla Maples, and his daughter, Tiffany; as is Trump’s third child, Barron, whose mother is Melania.

After Secret Service agents searched purses and scanned guests outside the Manhattan church, attendees entered the building to pay their respects to the woman who coined the nickname “The Donald.”

Her son Eric described his mother as the embodiment of the American dream., something like a mixture of Joan Rivers and Claudia Schiffer. “She had brains, she had beauty and she had guts,” she said.

Donald Trump Jr.’s tribute followed shortly after. “In the tumultuous times of the last few years, with all the attacks that we faced,” Trump Jr. said, “she was the first person to call and see if maybe he wanted, or maybe needed, to move back in with her. That call was both the sweetest and most emasculating thing that ever existed. And she could do that with the best of wishes, and it was usually on purpose.”

Ivanka Trump also spoke of her mother, saying she “hated funerals,” with tears in her eyes as she spoke of the “pioneer, admired by men and women alike” for her “grace and beauty,” but also for her skill. business and his relentless work ethic.

Nearly two hours after the funeral began, pallbearers carried the casket outside with an end-of-service anthem performed by Christopher Macchio, who also sang at the Republican National Convention as the former president accepted his party’s 2020 nomination. Trump and his current wife, Melania, followed the body, followed by Ivanka, Eric and Don Jr.