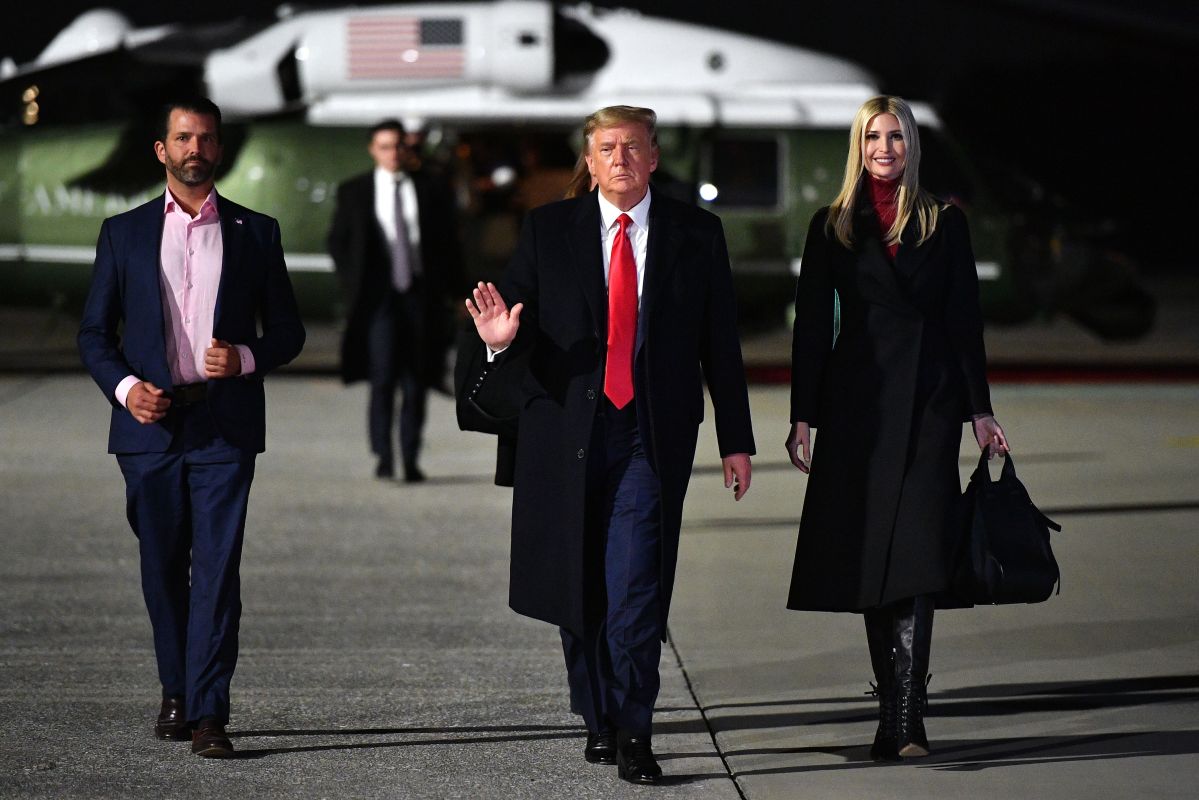 A New York judge ruled Thursday that donald trump and two of his sons, Ivanka Trump and Donald Trump Jr. can be deposed as part of an investigation of possible civil fraud by the Trump Organization, conducted by New York Attorney General Letitia James.

The Trumps contested subpoenas sent in December by the New York State Attorney’s Office seeking “testimony and documents in connection with an investigation into the valuation of properties owned or controlled by Donald J. Trump or the Trump Organization, or any matter that the Attorney General deems pertinent,” according to a court filing.

The arguments presented by the lawyers of the former president and his children Ivanka and Donald Jr. Trump related to the intentions of the New York Prosecutor’s Office were rejected by Judge Arthur Engoron, who wrote that the Trumps’ fear that their statements could end up being used in a parallel criminal investigation does not protect them from subpoenas in the civil case in which their depositions are sought.

“This argument misses the mark. Neither (the attorney general) nor the Manhattan district attorney’s office have subpoenaed (the Trumps) to appear before a grand jury,” Engoron wrote in his ruling.

Lawyers for the Trumps also argued that these could be forced to answer questions that can change the investigation that is now civil in a criminal process, to which the judge replied rejecting that argument as well, pointing out that the Trumps can adhere to the Fifth Amendment when declaringif that could incriminate them in some crime.

“The court has ordered Donald J. Trump, Donald Trump, Jr. and Ivanka Trump to comply with our legal investigation into the financial dealings of Mr. Trump and the Trump Organization. No one will be allowed to stand in the way of the pursuit of justice, no matter how powerful they are. No one is above the law,” James stressed.

The Trump Organization has been under investigation since 2019 in a civil proceeding by the New York District Attorney, who is looking for evidence that the value of some of his properties was allegedly manipulated in order to declare less taxes and obtain better credits and loans.

On February 9, the Trump Organization’s long-standing accounting firm, Mazars USA, cited revelations from the attorney general’s investigation in a letter where she informed the Trump Organization that she would no longer be working for the company and that the decade-old financial statements Mazars produced for her “should no longer be relied upon.”

During Thursday’s hearing, Kevin Wallace of the attorney general’s office spoke far less than the Trumps’ attorneys, but he argued that “these respondents (the Trumps) are in a very common situation, of someone facing potential criminal and civil liability.”

“And they need to decide if they are going to testify. And if they invoke their Fifth Amendment right, your honor is right, they may be subject to adverse inference. That is what the law allows. They haven’t shown anything here that says it’s unfair. In fact, they dropped that argument,” Wallace said.