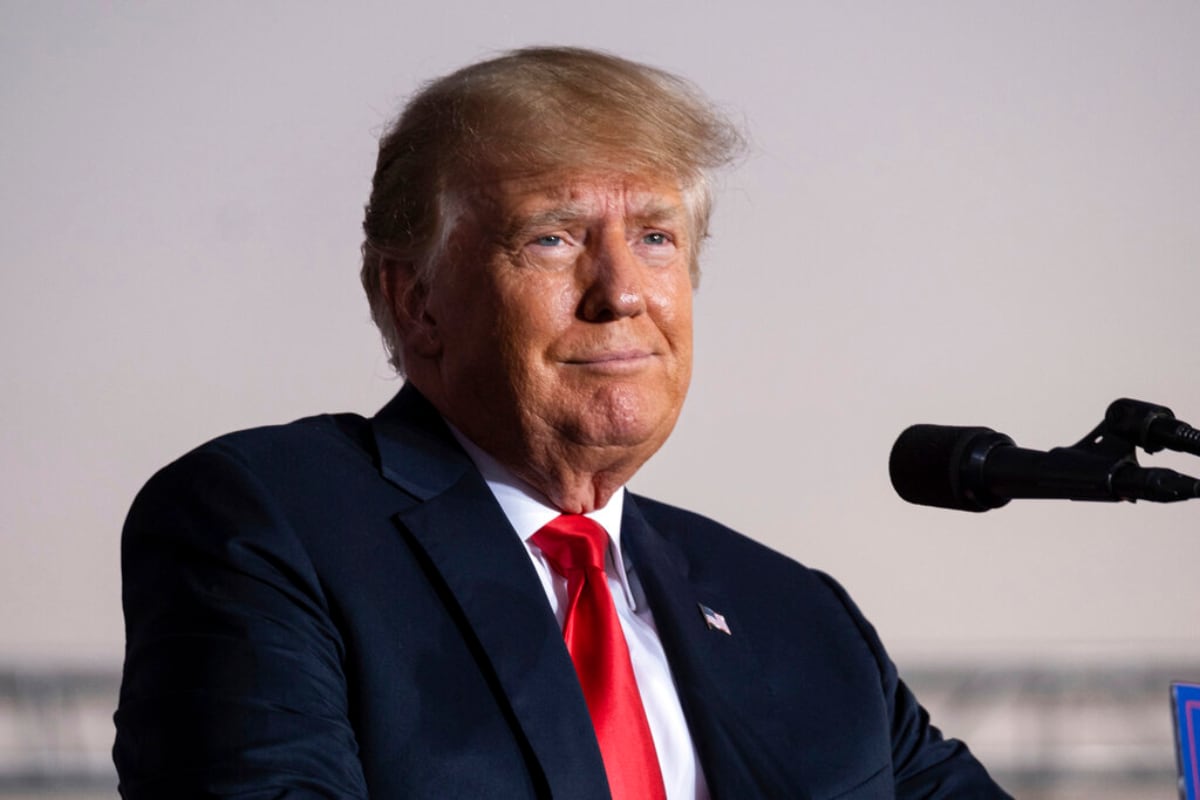 Former President Donald Trump, is on track for his third presidential race for the chair in the White House and confesses that only a call from the doctor could stop his aspirations to achieve it, according to a publication of the news portal of New York Post.

After holding a rally in Georgia, the former president said that only “a bad call from a doctor” would impede his aspirations to reach the White House. in an interview they asked him: “I’ll ask you in another way, can you think of a reason not to run?” David Brody of the Real America’s Voice network asked.

To this Trump replied: “Well, I guess a bad call from a doctor or something like that, right?” Trump replied. “I will say that that happens with people. Then things happen, through God, they happen. But you know, I feel so good, and I hate what is happening to our country. “

These statements were given in the middle of a tour that he made yesterday and that finally clarified his intentions to continue thinking about leading the country. Trump has been one of the main critics of Joe Biden for leaving Afghanistan.

The reward for an early endorsement of former President Donald Trump came to the fore in Georgia on Saturday, where three candidates the former president backs for the 2022 Republican primaries were featured in one of his distinctive political rallies.

However, Republican opponents of Trump-endorsed candidates are not giving up in Georgia, and some say the former president’s endorsement could hurt Republicans in a general election in that tightly divided state.

Donald Trump’s campaign of support is an open attempt to continue remaking the party in his image, and Republicans are eagerly seeking his sympathies. Still, like everything else about the former president, it’s a rule-rewriting approach, said Casey Dominguez, a professor of political science at the University of San Diego.

“We have not seen presidents in recent years who try to cause divisions within their parties, which is what happens in a primary election,” Dominguez said. “He is practicing factious politics in the party.”

It’s easy to understand why they would want Trump’s support. The former president maintains overwhelming support among Republican voters. Ballotpedia, which tracks Trump-backed candidates, says candidates who have had his backing have won 37 of 43 highly contested primary elections since 2017.

The three candidates who are sympathetic to Trump attended the ex-president’s rally in Perry, about 100 miles (160 kilometers) south of Atlanta. Among these was Herschel Walker, who recently launched his Senate campaign.

Trump had urged the former NFL star to challenge Democratic Senator Raphael Warnock for the job. In one of his first public appearances since joining the fray, Walker spoke on Saturday about his relationship with Trump, but he also urged listeners to “unite as a people” and not bother with others “because they are not in agreement. agreement with one ”.

On the other hand, former President Donald Trump has said that he will invoke the “privilege of the executive” to oppose a legislative panel investigating the assault on the Capitol on January 6 and that it issued subpoenas to four advisers and collaborators who were in contact with the president before and during the attack.

In a statement, Trump suggested that the panel should subpoena witnesses to testify about the “rigged 2020 presidential election.” Many courts, election officials and the attorney general himself during the Trump administration have said they found no evidence of widespread fraud. Filed Under: Donald Trump

Thompson wrote to the four that the commission is investigating “the facts, circumstances and causes” of the assault, asking them to present documents and appear to testify in mid-October. Filed Under: Donald Trump

The panel, created in the middle of the year, begins the interview phase of its research after studying thousands of pages of documents requested in August from federal agencies and social media companies. He has also requested documents from the White House.

The goal is to provide a comprehensive picture of what went wrong when Trump supporters viciously attacked police, smashed windows and doors, and temporarily disrupted President Joe Biden’s certification of victory, as well as to prevent a repeat of an event. Similary. Filed Under: Donald Trump

Despite his refusal to release details to Congress, Trump does not necessarily have the last word now that he is out of the job. According to a decree on the presidential archives, the archivist “will comply with the instructions given by the current president or the person designated by him unless he receives a different court order.”

The White House has indicated that it is willing to hand over as many documents as possible, but some officials are not ruling out that Biden will declare some documents confidential. Filed Under: Donald Trump

Thompson assures in the letters to each of the witnesses that the investigators believe they have relevant information about the events leading up to the revolt. In Bannon’s case, for example, Democrats refer to their January 5 forecast that “tomorrow is going to be big,” as well as their communications with Trump a week before the uprising, in which they urged president to turn his attention to January 6.

The panel also cites the efforts of Meadows to reverse Trump’s electoral defeat in the weeks leading up to the insurrection and the pressure he exerted on state officials to promote the president’s unfounded allegations that large-scale electoral fraud had been committed. Filed Under: Donald Trump