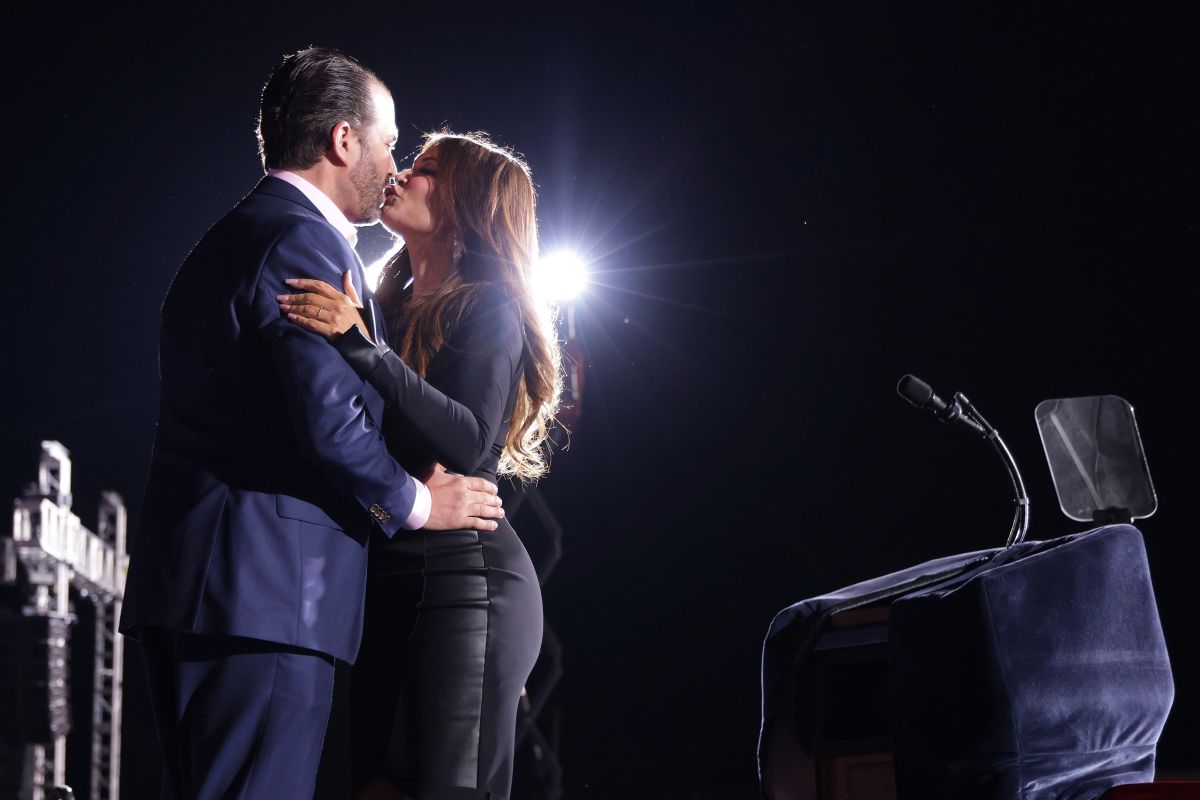 Donald Trump Jr., son of former US President Donald Trump, would be engaged to Kimberly Guilfoyle, former Fox News anchor, after she was caught with an engagement ring and different media assure that they already have plans to live in Florida.

According to People magazine, Donald Trump‘s eldest son is in a love affair with his father’s former adviser and Guilfoyle herself, 52, appeared to hint at their engagement in an Instagram post.

In the image, Guilfoyle posed next to Donald Trump’s eldest son, where he appeared to be wearing a large diamond on his ring finger.

“Tonight was very special to celebrate Donald Trump Jr.’s birthday. Don, you are strong, smart, brave, funny and the love of my life. I can’t wait to spend the rest of our lives together. Love you“.

According to the Daily Mail news portal, The engagement was kept secret for a year, as Trump Jr. proposed to Guilfoyle on the eve of 2020.

In addition, it transpired that the couple kept the engagement private for the past year while they settled in Florida after moving from New York.

For both of them, it would be their second marriage. Kimberly Guilfoyle was married to Gavin Newsom, the current governor of California. Meanwhile, Trump Jr. parted ways with New York socialite Vanessa Trump in 2018, two years after his father took office.

Kimberly, who is a lawyer by profession, served as a Fox News anchor until she decided to join Donald Trump’s team for his re-election campaign in 2019 and 2020, where she served as a fundraiser.

Despite the news of the attempted wedding of Trump Jr., before, must face justice, as it turned out that the attorney general of the State of New York, Letitia James, summoned him and his sister, Ivanka Trump, to testify as part of the civil investigation into the alleged tax crimes of the Trump Organization.

Read more:
The ten protagonists of the year in the United States
Families separated during the administration of Donald Trump seek to reunite
Proud Boys member pleads guilty to conspiracy in Capitol robbery