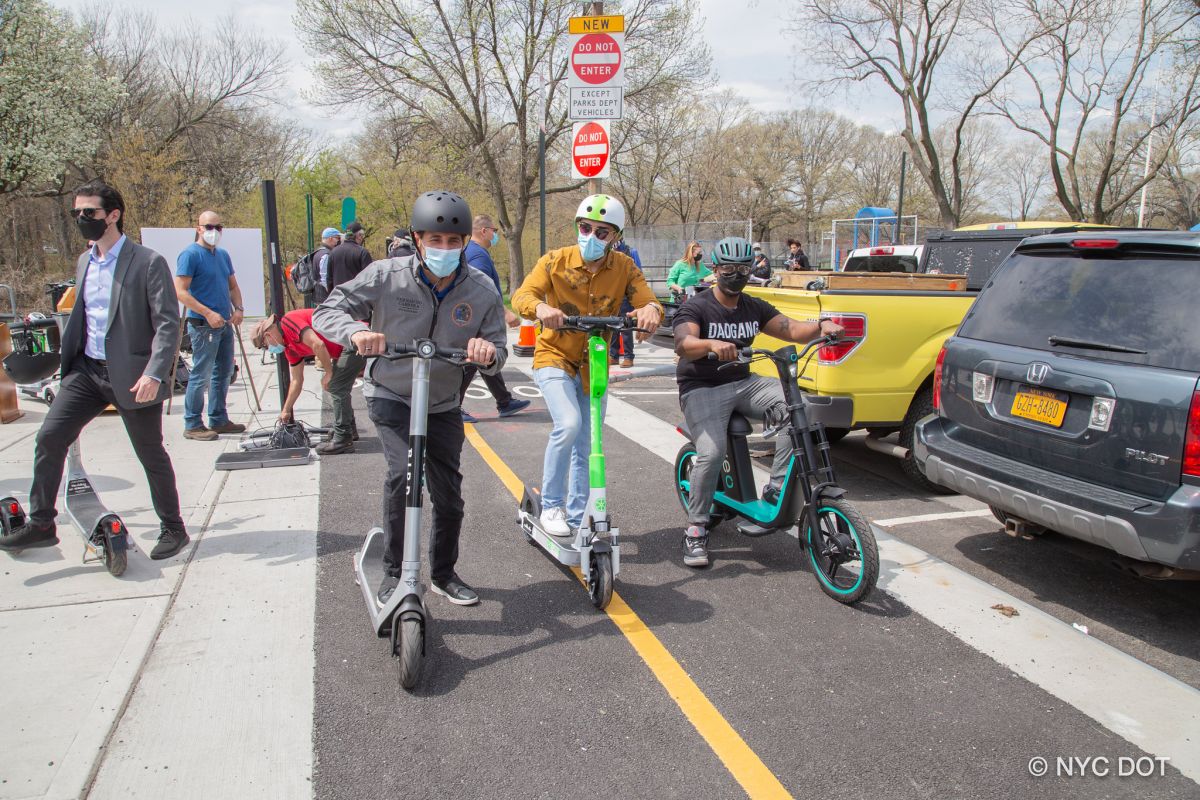 The New York City Department of Transportation (DOT) doubled the availability of ‘e-scooters’ in the so-called “gaps” of transportation in the Bronx, to facilitate access to Subway stations and buses.

This pilot plan will be expanded in a second stage, after registering more than half a million trips without serious injuries recorded, according to the authorities.

This means that the number of these electric scooters will double, from 3,000 to 6,000 in some neighborhoods in southern Salsa County.

Phase 2 includes neighborhoods like Parkchester, Castle Hill, Country Club and Throggs Neck, providing connections to additional stops on the 6 train, as well as to the NYC Ferries both in Soundview Ferry Terminal like in Ferry Point Park Terminal.

In addition, the DOT will continue to partner with companies such as Bird, Lime and Veo to promote safe and responsible driving, discounted pricing options, and e-scooter parking enforcement.

“Bronxians deserve the same variety of transportation options as other New Yorkers, and this expansion of the pilot plan goes in that direction”assured.

During the second phase of the pilot, DOT plans to install 10 miles of conventional lanes and plans to build more bike infrastructure in the expansion area in 2022 and 2023, which includes: Eastchester Road, Bronxdale Avenue, Throggs Neck, as well as lane expansion along White Plains Road.

“We are delighted to build on our successful e-scooter pilot program in the Bronx and offer this option. safe and efficient travel to even more residents”, commented DOT Commissioner Ydanis Rodríguez.

Salamanca added that the program in neglected transit areas will provide residents with better options to access a subway or bus line, their place of work or simply travel within their neighborhoods. “I will continue to have conversations about how future expansions throughout the county can serve more county residents.”

“I welcome the expansion of the E-Scooter Share pilot program to the Eastside of the Bronx. This project will offer reliable and affordable transportation alternatives to many residents in need,” said New York State Senator Luis Sepúlveda. For his part, Councilman Rafael Salamanca said, “Despite having several transit-rich corridors in my district , the reality is that large swaths of District 17 lack ‘last mile’ accessibility options, particularly in the Soundview section.”

Additionally, New Yorkers who receive or qualify for any federal, state, or local assistance programs such as SNAP coupons or discounted utility bills, are eligible for special rates.

Electric e-scooters are allowed in New York City, but according to the regulations they must not operate faster than 15 MPH.

They can be used in bike lanes and on streets with speed limits not faster than 30 MPH and must not be driven on sidewalks.