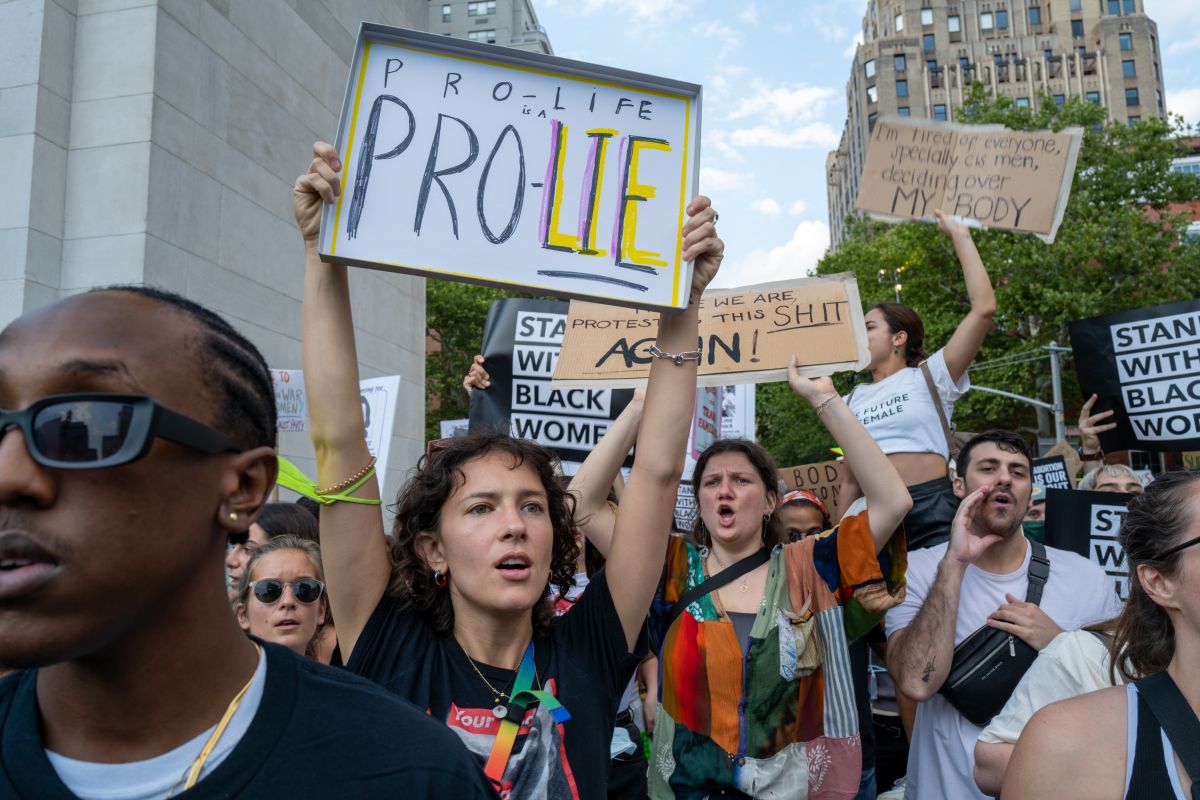 Nearly two dozen protesters were arrested Friday night in Manhattan after protests took place on the streets of New York. following the annulment of Roe vs. Wade by the Supreme Court.

The start of the protest was in Washington Square Park around 4:00 pm on Friday. As the minutes passed, hundreds of people gathered to protest the controversial decision, while in parallel another group began its demonstrations in Union Square.

Similarly, thousands of people took to the streets of the Big Apple at nightand toured parts of Lower Manhattan before moving on to Midtown, reported Telemundo 47.

By around 11 p.m., police had arrested nearly two dozen protesters near Bryant Park, where Friday’s protests would end, after multiple people blocked traffic along 42nd Street. However, the New York police said they would not have a final count of arrests until Saturday morning.

During the sentencing of the Roe vs. Wade overturn decision, protesters chanted in criticism of the ruling. The crowd went through Tumes Square, Grand Central until they reached Bryant Park.

Union Square Park was the center of protests on Saturday

On Saturday, more than 300 people gathered in Union Square Park to protest the controversial decision, a demonstration that was organized by the activist group Rise Up 4 Abortion Rights.

“I am terribly upset about what is happening in our country. I have always been an activist and I feel that it is no longer my country. I am angry, frustrated. I’m not very optimistic“Protester Carol Silverman, a 79-year-old retired psychotherapist, told the New York Post.

Many of the protesters were seen wearing their green bandanas, representing the pro-choice movement in Latin America, while anti-annulment Roe vs. Wade banners stood out in Union Square Park.

For her part, Gwen Lohse, a 17-year-old teenager who recently graduated from high school, argued that age is not a limitation to fight for the right to abortion.

“I volunteer with women, three, four times my age, and it is very annoying to have to see them, who have already fought for it, work for it again.“, the teenager told The Post.

You may also like:
• They denounce that pro-abortion protesters took legislators hostage in the Arizona Capitol
• US senators accuse Supreme Court judge of lying to them in his position on abortion
• Pro-abortion protester climbed 70-foot bridge in Washington DC and was arrested