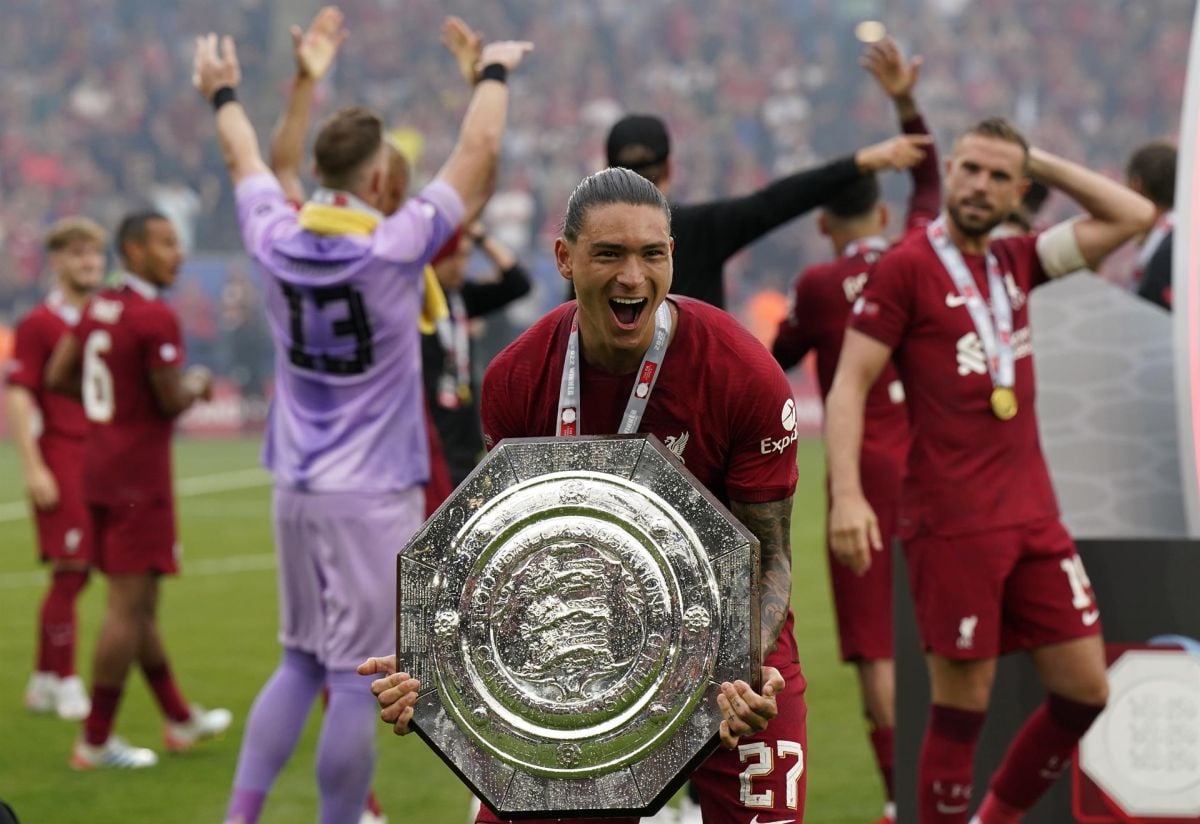 The centenary edition of the Community Shield, the English Super Cup, crowned Liverpool this Saturday as champion for the sixteenth time and sixteen years later, more resolute and practical than Manchester City, whom they defeated by a decisive penalty missed live, signaled through VAR, transformed by Mohamed Salah and caused by Darwin Núñez, who also sentenced the clash in added time with the final 1-3.

Starting substitute, the impact of the Uruguayan striker is already noticeable in Jurgen Klopp’s team, who put him on the line in the 59th minute, replacing Roberto Firmino. Then he missed an opportunity against Ederson, but in the final stretch he took a penalty from a header that was going nowhere except for the hand of Ruben Dias and clinched the 1-3 with which his team took over the first title of the season.

In three minutes, Salah had already intervened three times around Ederson’s area, amid City’s difficulty in giving speed to their inalienable possession. He needed that indispensable plus when crossing the midfield. Haaland disjointed, Bernardo Silva too far, Jack Grealish insubstantial, Mahrez missing, De Bruyne intermittent, neither thought nor executed then in attack with the skill that he usually does. A problem that he solved at times, after the 0-1 against, when he did create enough to draw.

Alexander-Arnold, expressed one of his many offensive qualities cheekily, but also gracefully: the shot that he launched first from the edge of the area with the inside of his right foot, after a play that went from one side to the other until Salah’s drop. It was 0-1. Minute 21.

Darwin Núñez was waiting on the Liverpool bench. After half an hour, the Uruguayan already warmed up. He still had to wait to enter the game until the 57th minute. He then had the 0-2 in the face-to-face duel against Ederson, a desperate savior in his departure against the Uruguayan attacker, who awaited a decisive role.

In the 81st minute, Darwin Nuñez’s header went wide, but Ruben Dias’s hand was on its way. The referee marked the penalty. Salah converted it with his left, low, out of Ederson’s reach. Already definitive for the title, sentenced with the 1-3 of Darwin Núñez, already indispensable in Liverpool.

Santiago Solari resentful of his time with the Águilas del América: the Argentine continues with his open wound after leaving Mexican football

Sporting Braga proud with the arrival of Diego Lainez: “He is one of the best talents in world football”