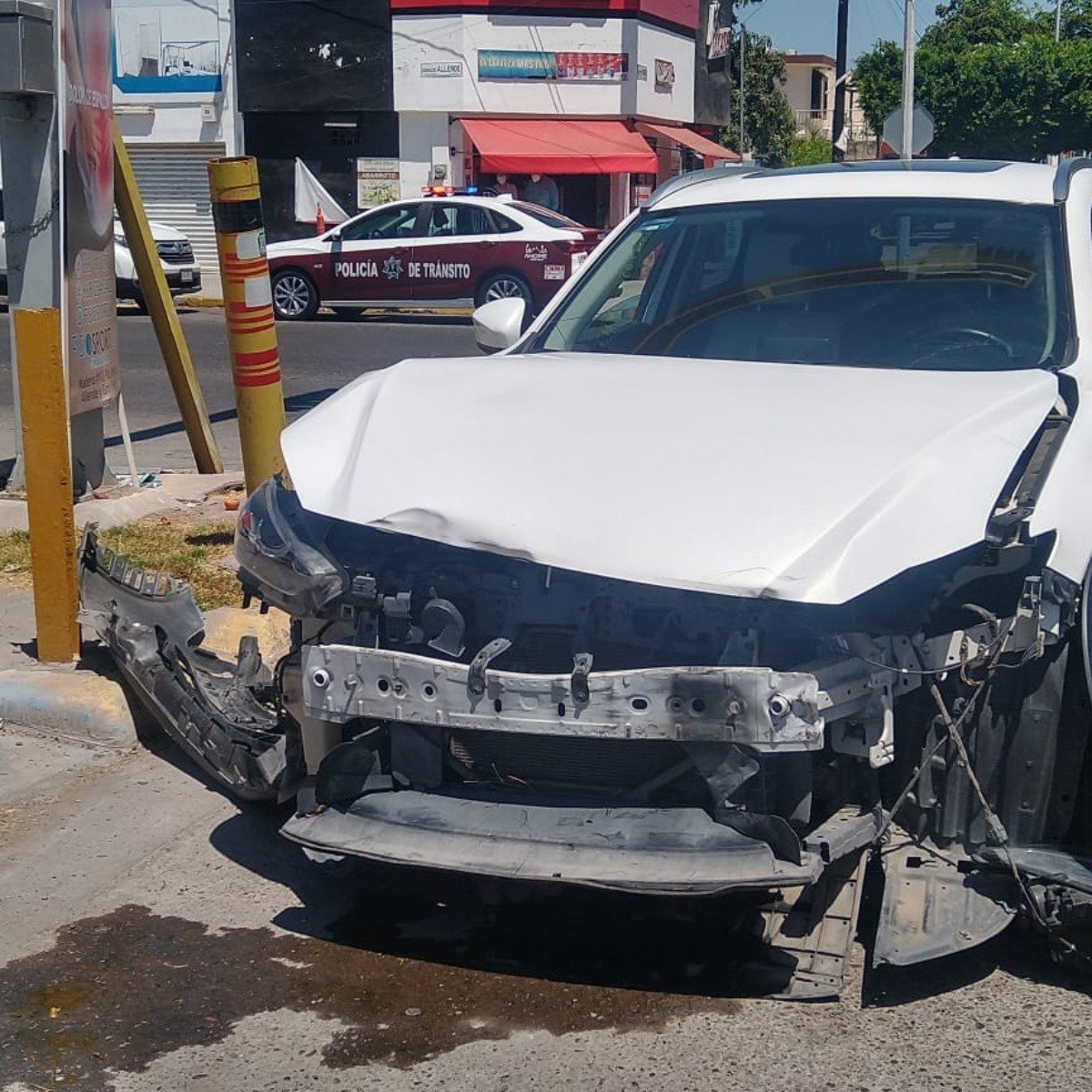 Los Mochis, Sinaloa.- A recent model truck ended up with a shattered front end, after colliding on Tuesday afternoon with another vehicle on a busy cruise ship in the downtown area of ​​this city.

No injuries were reported in the mishap, only material damage. Both units were led by women.

The collision between the two vehicles It happened at the intersection of Ignacio Allende and Francisco I. Madero streets.

There are traffic lights on that cruise and at the time of the accident they were working correctly.

The Mazda truck was traveling along Francisco I. Madero street, from east to west, and upon reaching the intersection with Ignacio Allende street, it hit the Honda truck on the right side with its frontal part, which was traveling from south to north.

After the strong impact, the Honda truck turned and stopped in the opposite direction to which it was circulating.

The Mazda truck was left at the base of a traffic light, its front completely smashed.

At the time of the collision, other vehicles were passing by the cruiser and there were also some parked, but the units involved did not hit them.

The accident was due to the fact that one of the drivers passed the traffic light with a red light, which was recorded on some cameras installed in businesses located on that busy cruise.

Despite the fact that the clash between the two units was very strong, the drivers did not have any injuries, only a scare.