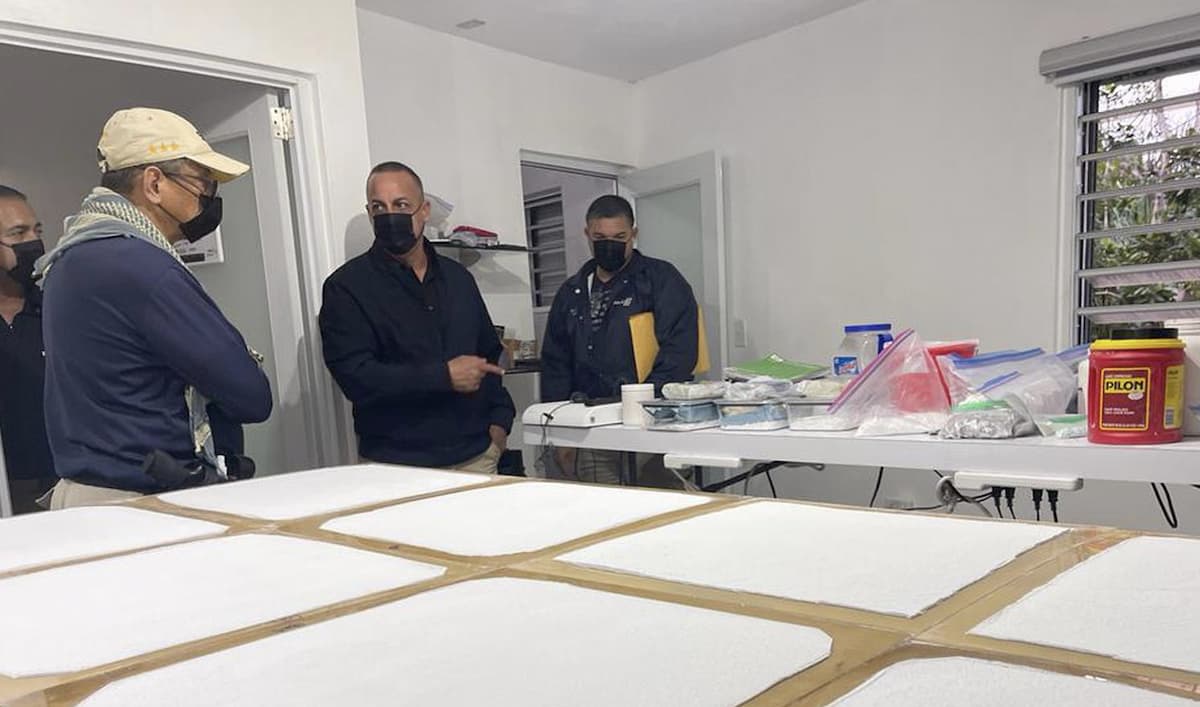 Agents from the Arecibo District of the Police Bureau captured Jesus Rivera Rivera, known as “Chongo,” Wednesday afternoon during the execution of a search and search warrant executed in one of the mansions used as his residence in the Esperanza neighborhood in Arecibo.

According to the police, the fugitive, also known as “El Barber,” owned a second property next door, raided by the agents, which he used as a laboratory to process drugs for sale. Cocaine, heroin, fentanyl, paraphernalia, and an undetermined amount of cash were seized at the residence.

The Uniformed Police indicated that Rivera Rivera had a federal arrest warrant for drug trafficking and was wanted by the U.S. Marshals Service. Agent Wanda Vázquez Cabrera, the press spokeswoman for the Arecibo Command, said that agents seized over half a million dollars in cash, “a large quantity of drugs,” and paraphernalia.

Rivera Rivera, 38, was one of the most wanted fugitives by both the Puerto Rico Police and federal authorities.

Despite the several interventions they have had to carry out in drug trafficking, Puerto Rico Police Commissioner Antonio López Figueroa assured that drug trafficking cases have not increased.

According to the commissioner, during a press conference where they were celebrating the intervention of the authorities with a barge containing 1,200 kilos of cocaine, they seized 17,500 kilos of drugs on the island.

“We are doing our job, continuing to work against drug trafficking with federal agencies, and you are seeing the results.”