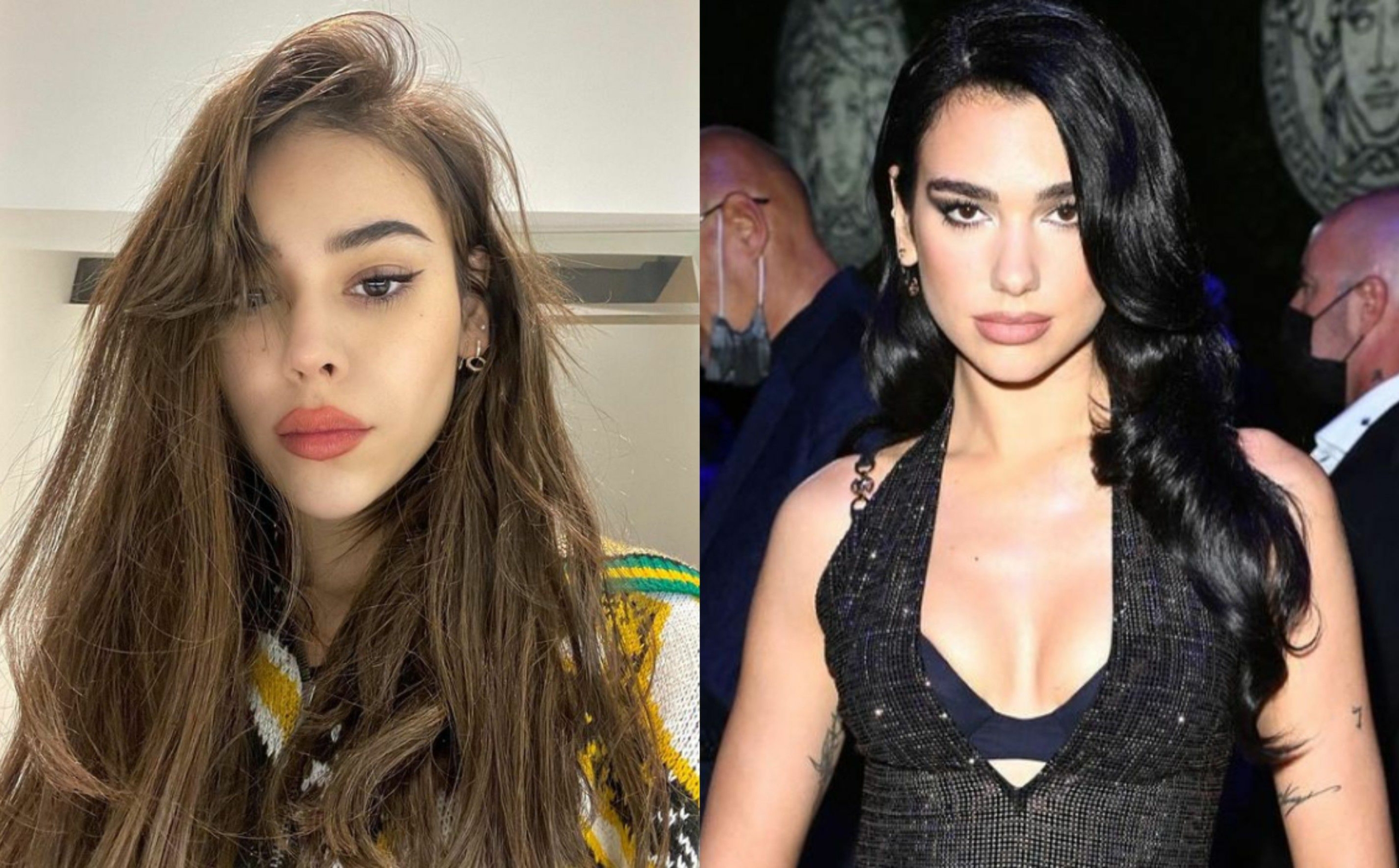 The night of Wednesday, February 9, Dua Lipa performed their first concert of their world tour at the FTX Arena, in Miami, as part of the The Future Nostalgia Tour and one of the Mexican artists of the moment, Danna Paola attended said concert with the aim of enjoying the music of the interpreter for which he shared various images of the presentation of the British singer.

It was through his Instagram stories that Danna Paola showed several videos of her and her friends at the Dua Lipa concertIn addition, the Mexican showed her fanatic way and showed off exclusive images of the concert, such as the choreography, the stage and the costumes of the interpreter of Levitating.

At the end of the night, the singer of Notoriety He joined the followers of Dua Lipa who celebrated their first concert. The Mexican shared on Twitter that the British singer is exceptional and apparently, she did not leave the concert disappointed: “Friends I confirm, Dua Lipa is perfect “wrote.

Also, through the same platform various users wanted to interact with her to know their impressions, an Internet user shared some photographs with the outfits of Dua Lipa and they asked her which of all was her favorite, and the Mexican praised one in particular: “mugler, obviously”, the 26-year-old wrote.

The British interpreter throughout more than two hours of concert made four costume changes and which amazed all those present and also those who were aware of the Future Nostalgia Tour throught social media.

During the first concert of Future Notalgia Tourthe 26-year-old British singer made the first live performance of We’re goodone of his most recent releases, he also performed several of his hits like New rules, Love again, Cool, Pretty please, Break my heart and many more.

It is important to note that this was the beginning of his world tour and which will go through more than 10 countries throughout the world. His first show on February 9 was sold out, a great success for the performer. Dua Lipa’s next stop with her show full of fun, dance and disco music is Orlando, Florida, United States, on February 11.

On the other hand, at the end of December 2021, Dua Lipa made official his return to Mexico with two concerts, the interpreter will sing to her fans from the capital in the next September 21, 2022. And the other will be 23 of the same month when it is presented in Monterrey.

Those responsible for making the news official was the platform ocesa who through their social networks uploaded andthe calendar of Future Notalgia Tour with the two events in Mexico: “Stop everything! Dua Lipa arrives in Mexico to conquer us with her powerful and contagious rhythms! ”.

This is not the first time that the interpreter of Don’t start now appears in Mexico. It was at the end of November 2017 when he sang for the first time in the country during the festival capital crown. On the other hand, the British interpreter has always shown great sympathy for being in Aztec lands.

It was in the middle of 2021 that the 26-year-old singer was also for a walk in the streets of the country. to the singer of New rules will be surprised during a ride Quetzalcoatl’s nest in the State of Mexico. She also reported that she was amazed when she entered the Museum of Fine Artswhere he let himself be conquered by the brushes of Siqueiros, Orozco Y Tamayo.