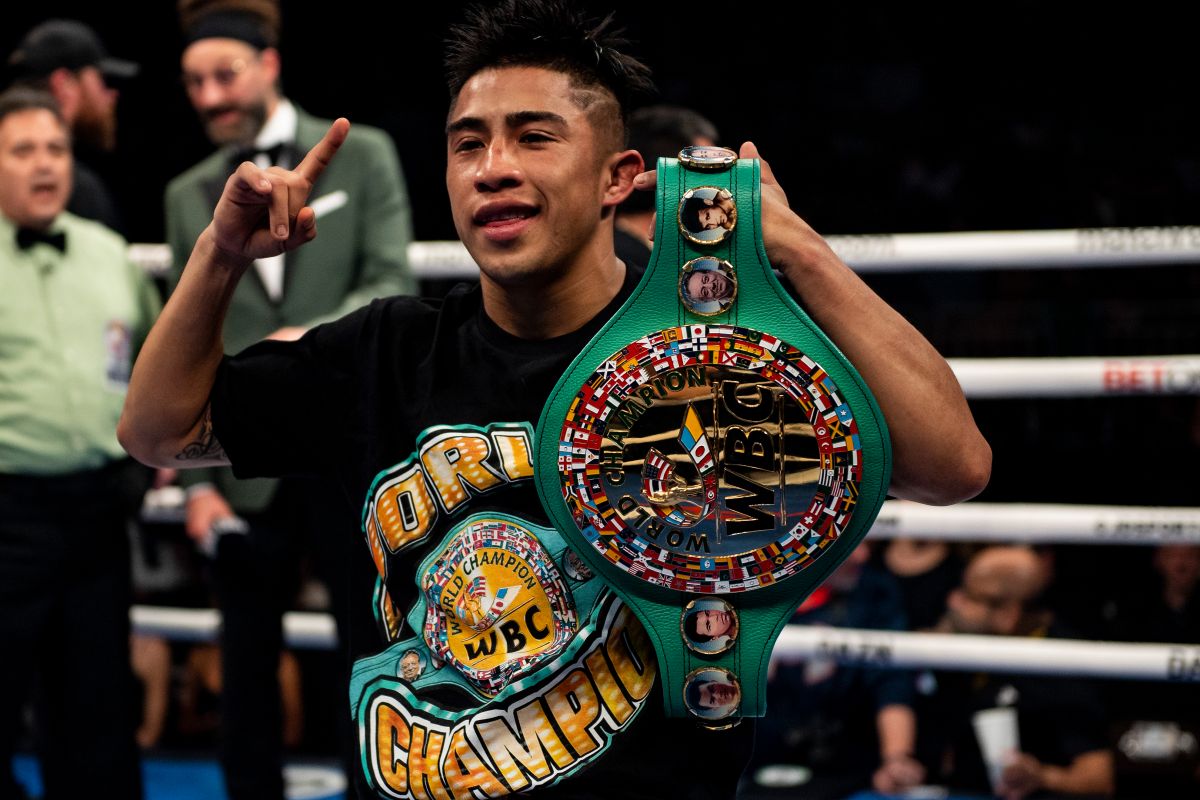 The fans of Julio César “Rey” Martínez, will have to wait to see his idol back in the ring, this after he canceled his fight against Puerto Rican McWilliams Arroyo. The suspension of the fight should be due to an alleged illness of the Aztec fighter.

In this way, the Mexican boxer will not have the opportunity to put his World Boxing Council flyweight title at stake and the native of Puerto Rico is still waiting for the possibility of seeking to win the long-awaited belt.

The information about the suspension of the fight was reported by the president of the World Boxing Council Maurucio Sulaimán through his social networks. Sulaimán lamented the loss of the Mexican and did not give more details of the boxer’s situation.

“We deeply regret having to confirm that the WBC flyweight champion, Julio César Martínez, has withdrawn from the fight against the interim champion, McWilliams Arroyo. The exact details have yet to be revealed. WBC will be addressing this terrible situation”, he reviewed through his Twitter account.

According to ESPN sources, the suspension of the fight would have been due to an alleged illness of the Mexican boxerwhich resulted in his indisposition for the fight against McWilliams Arroyo next Saturday, June 25, which was going to take place at the Tech Port Arena, in San Antonio Texas.

It should be noted that both boxers disputed a first combat which was resolved ended with a no contestduring a card that took place at the SNHU Arena located in Manchester, New Hampshire.

The McWilliams Arroyo team will seek by all means to strip the Mexican of his belt Julio César “Rey” Martínez, because they have shown their disagreement with the suspension of the fight and dared to speculate about a possible problem for the “King” to achieve the ideal weight, for which they would be dismissing the hypothesis of the disease .

“According to the rules, McWilliams has to fight the champion, and he comes back and fails a third time. If he is sick or not, he failed again in a week of the fight, ”said the representatives of Miguel Cotto Promotions, in statements reviewed by Publimetro.

But the statements of the promoter that represents Arroyo did not stop there: “Whether he is sick or not, he again failed within a week of the fight. We all know for the reasons that it arises, because it cannot give the weight. Our position is to work with McWilliams so that he can have the belt on his property and look for and a fight later on, ”they concluded.

You may also like
. “Chocolatito” González shines in front of Canelo by giving a boxing lesson to the Mexican “Rey” Martínez
. The Mexican Julio César ‘El Rey’ Martínez sees his throne threatened by the good punch of the Puerto Rican McWilliams Arroyo
. This is how Canelo Álvarez had fun playing “miniboxing” with golfer Carson Young (Video)