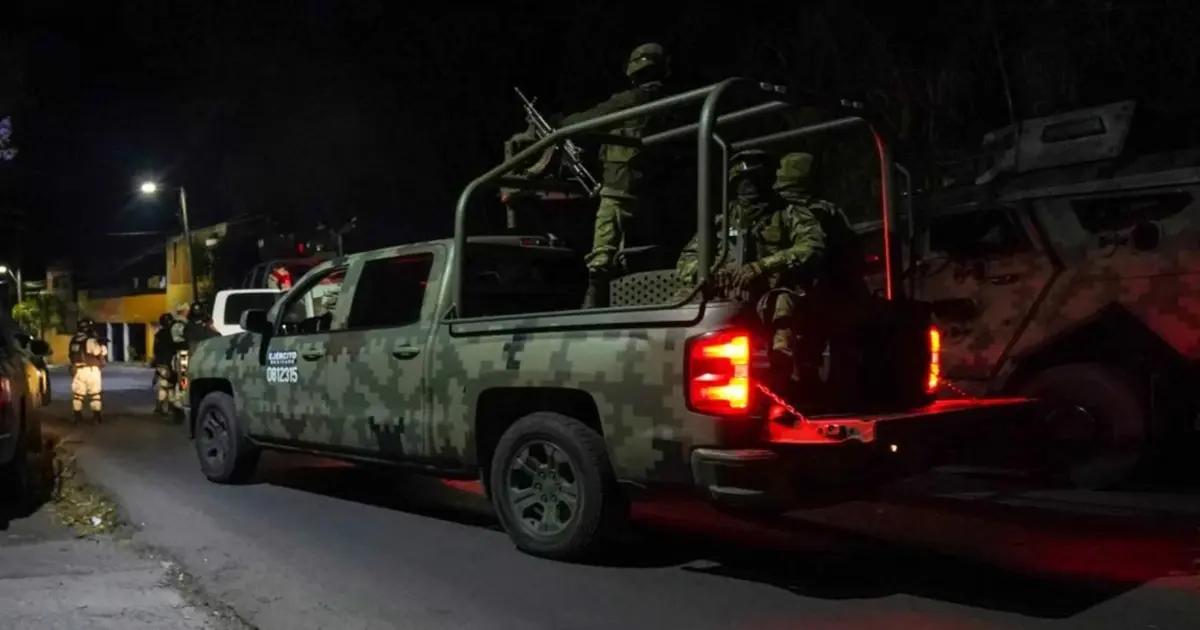 In a strong operation that began at dawn this January 20 in the capital of Durango, elements of the Mexican Army and the National Guard deployed by land and air in the residential subdivision Cortijo achieved the arrest of “El G1″, also known as “El Licenciado.”

Gerardo Soberanes Ortiz is accused of being a financial operator for the Cabrera Sarabia family. This criminal cell is characterized by the network of complicity it has with different politicians in Durango and Chihuahua.

According to a diagram of links with public servants of the Secretariat of National Defense (Sedena), “El G1″ receives orders from Jose Luis and Alejandro Cabrera Sarabia, leaders of the criminal gang, who were left in charge after the arrest and extradition to the United States of his brother Felipe in June 2020. The Cabrera Sarabias are accused by US authorities of trafficking cocaine and heroin into the United States.

Felipe Cabrera Sarabia was a lieutenant of “El Chapo” and responsible for the Sinaloa Cartel’s drug trafficking activities in the states that make up the “Triángulo Dorado.” According to authorities, Felipe maintained tight control of criminal activities in his area, which allowed him to climb the ranks of Joaquin “El Chapo” Guzman’s organization, which is serving a life sentence in the United States.

It is known that “El G1″ maintained a crony relationship with high-ranking Mexican politicians, such as Morena Senator José Ramón Enríquez Herrera.

According to the National Registry of Detentions of the Secretariat of Citizen Public Security, Gerardo Soberanes Ortiz is in the process of being transferred. However, the record does not specify where the arrest occurred or to what destination he was taken.

In the morning conference of the President of Mexico, Andres Manuel Lopez Obrador, General Luis Cresencio Sandoval informed that during the strong operation of the Armed Forces in Durango, there were arrests and one wounded but not in a severe health condition.

“An operation was launched to detain a financial operator of the Cabrera Sarabia criminal group related to the Pacific Cartel. The activity continues. It is being developed in coordination with the Attorney General’s Office and other agencies,” he said and added that “there was some aggression on their part. We have information that there is an injured person, but it is not serious from the people who initiated the aggression towards the forces that were carrying out the operation. Still, it is not serious, and it is in an arm, apparently. From the Armed Forces, we have nothing and from the other authorities we have nothing either, there are no injuries”.

Videos and photographs shared on social networks show the surprise among residents due to the magnitude of the operation, which recalled the arrest of Ovidio Guzmán López, son of Joaquín “El Chapo” Guzmán, in Culiacán, Sinaloa, at the beginning of the month.

According to neighbors of the subdivision, who saw their rest interrupted, they were able to identify up to three military helicopters in the area, although the federal authorities of the security cabinet have not yet released the details of the operation.