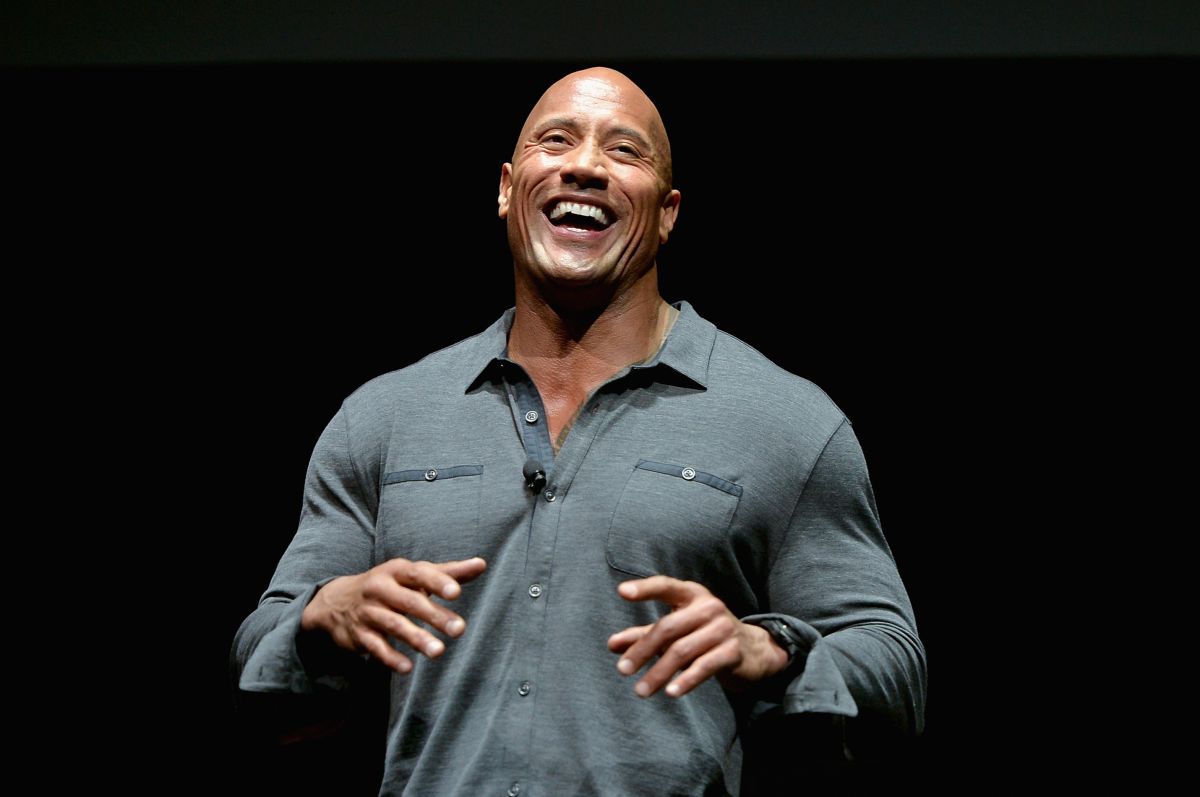 American actor Dwayne Johnson, better known as “The Rock”, showed that in addition to being a good actor, he has a great heart, by being moved by the story of one of his fans of Latin origin, identified as Oscar Rodriguez, To who gave him his expensive truck, Modified Ford F-150 Raptor, which has captivated Internet users.

It all happened in a movie theater during a special screening of “Red Notice”, the most recent film by “The Rock”. Everything was going normally, until Johnson appeared, surprising the audience, they couldn’t believe what they were seeing.

But the one who got the biggest surprise was Oscar Rodríguez, one of the loyal fans of the actor and ex-WWE wrestler, since Dwayne Johnson burst into the room just to ask about him.

Dwayne Johnson moved by the history of Latin fan

Rodríguez was intensely moved by such a distinction, but the truly surprising was yet to come.

“Your story really touched me because I heard that you are a personal trainer, always positive, motivating and optimistic”, said “The Rock”, one of the highest paid actors in Hollywood.

“He takes care of his 75-year-old mother. Leader in your church. Provides support and food to women victims of domestic violence. Proud and humble veteran of the Navy. He does a lot of good things for others, ”said the muscular 49-year-old actor.

The surprises were increasing for the Dwayne Johnson fan, since the actor was not only moved by Rodríguez’s actions, but also wanted to compensate him for being a good person.

He gave her his modified Ford F-150 Raptor pickup

So he gave her his Modified Ford F-150 Raptor, which is worth about $ 150,000, which left the proud Dwayne Johnson fan stunned and speechless.

The actor shared on his Instagram account the reaction his fan, of Latin origin, had when he received a letter and the expensive truck, to the extent that came to tears.

In the images, you can see Oscar Rodríguez open a letter that “The Rock” gave him, highlighting his praiseworthy work in favor of his fellow men, especially women, and for this he deserves recognition.

“I always say that it is good to be important, but it is more important to be kind …”, highlights the text written by Dwayne Johnson, on his Instagram account.

The fan couldn’t believe what was happening to him. He was moved to tears and dropped to his knees to the ground. Later, Óscar Rodríguez gave his idol a big hug.

In another of the images, Rodríguez is seen driving the modified Ford F-150 Raptor, which belonged to the American actor.

-After the accident on the set of “Rust”, Dwayne Johnson will no longer use real weapons in his films