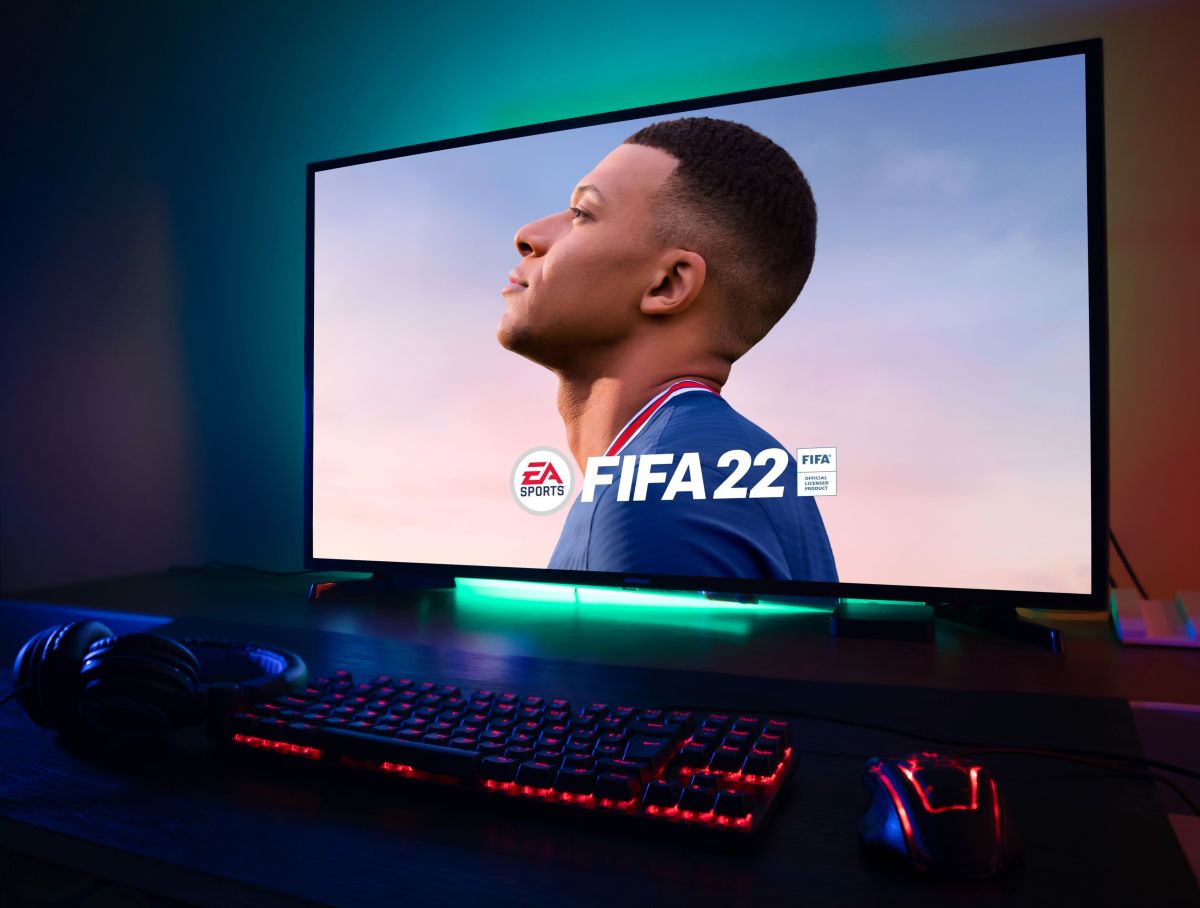 The video game giant Electronic Arts announced that it will stop producing the popular football game FIFA which he has released every year since 1993.

Has been one of the most profitable brands in history of console and PC games.

But the cost of the license, of more than $1,000 million dollars per World Cup cycle, has been one of the reasons why he made the decision to leave the partnership with FIFA.

EA Sports, the subdivision that had him in charge, will continue to create soccer video games, but from 2023 they will come under a new name: EA Sports FC.

While the game mechanics and basic game modes they will be similar to what players have seen in recent years, this change will likely see the title offer a wider range of other experiencesbeyond playing soccer.

Speaking to the BBC, David Jackson, vice president of EA Sports, explained that the studio believes it is time to move in a different direction to build a “brand for the future”.

Although details of those experiences are sketchy at this time, it is known that they could stream real-life matches, experience Fortnite-style live events, and have access to a wider range of branded in-game items.

“Under the licensing conventions that we agreed to with FIFA 10 years ago, there were some restrictions that were not going to allow us to build those experiences for players,” Jackson said.

What will happen to the teams?

The FIFA franchise has been so successful in part thanks to licensing deals that allowed for accurate details like team uniforms, player faces and stadiums to be shown.

EA Sports says it will continue to deliver real-world experiences, with a future catalog of 19,000 footballers, 700 teams, 100 stadiums and more than 30 leagues.

However, games related to the World Cup, such as “FIFA: Road to World Cup”, will no longer be manufactured by the firm.

As for the FIFA title, there will be one last release this year with FIFA 23 in the fall.

“This is an important moment for the organization. Interactive soccer experiences have been critical to EA Sports’ success for the past 30 years,” says Jackson.

“The world of football and the world of entertainment are changing and colliding within our product,” he continues.

“Going forward, our players will demand from us the ability to be more expansive in that offering. At the moment, we make gaming a primary form of interactive experience. But soon, watching and creating content will be just as important to fans.”

A test for EA Sports

Ensuring that the majority of FIFA’s current millions of players switch to the new title will be vital if the company is to maintain significant licenses in the future. They are an essential part of your success.

Electronics Arts is one of the video game companies that has faced backlash from fans for its approach to in-game purchases.

No doubt some of the questions surrounding its new franchise will revolve around the financial model and monetization plans, which have yet to be revealed.

Asked if walking away from FIFA was a purely financial decision, Jackson said “ultimately it wasn’t because of the money” but accepted that it played a crucial role in the decision-making process.

As for world football’s governing body, last year it said it was collaborating with developers, investors and analysts to devise your future strategy for gamesesports, and interactive entertainment, indicating that it had known this change was coming for some time.

The BBC has contacted FIFA for comment but did not receive an immediate response.

“As far as things they’ll miss, players will only notice two things: the name and a piece of World Cup content every four years. Out of that, very little will change about the things that know and love about current FIFA products,” says Jackson.

“Probably the easiest thing we could have done would have been to keep the status quo. FIFA has been an incredibly successful game over time, but there are times when you need to consider what the future looks like and we feel building our brand is in our best interest.”

* Diego Armando Maradona is removed from FIFA 22: What is the legal problem that EA Sports has with the firm that owns its commercial rights?
* Bizarrap will become an eligible player within the NBA 2K22 basketball video game [Video]
* The best NFT games to earn cryptocurrencies