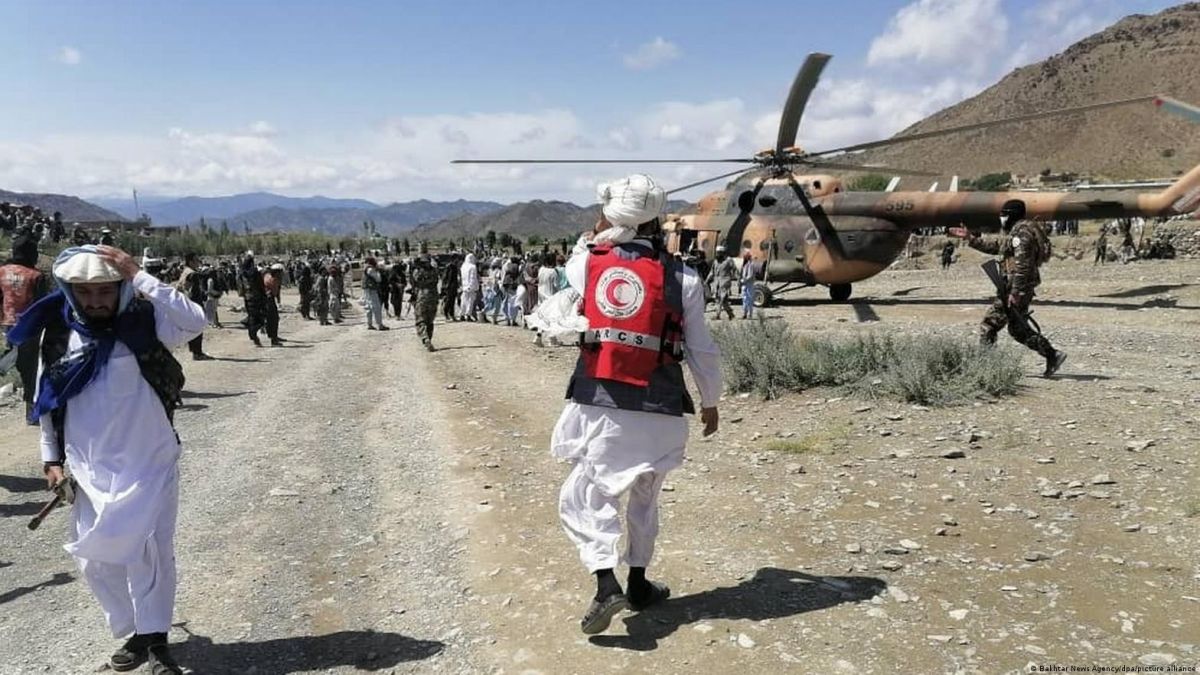 The Department of Information and Culture of Paktika province, the most affected by the earthquake, confirmed a new figure of more than a thousand people dead and more than 1,500 injured in the districts of Gatan and Barmal, reports the Afghan state news agency, Bakhtar.

But the balance of deaths will increase in the coming hours, first of all, because this figure does not include those who died in other areas of the province of Paktika and the adjacent Khost, where the epicenter of the earthquake has been located. So the joint balance could be much higher, when the authorities give a unified figure.

Hours earlier, the Deputy Minister for Disaster Management, Mawlavi Sharfuddin Muslim, offered lower figures for deaths and injuries, and warned that the search for survivors and victims of the biggest catastrophe since the Taliban came to power continues.

A 6.1-magnitude earthquake struck Paktika province in eastern Afghanistan, during the early hours of this Wednesday (06.22.2022). Local media reported that a village in the province was completely destroyed. Deaths were also reported in the eastern province of Khost, said Mohammad Nassim Haqqani, head of the Taliban disaster management administration, as authorities check for more casualties.

#BREAKING;
More than 1000 people were killed and over 1500 others injured in Tuesday night’s #earthquake in #Gayan and #Barmal district of #Paktika province alone, Head of Information and Culture Department of the province told BNA.
The death toll is likely to rise, I added. pic.twitter.com/mI8HZy6SFX

The meteorological department of neighboring Pakistan also reported the quake as having a magnitude of 6.1, while the US Geological Survey (USGS) reported a magnitude 5.9 quake, with a slightly weaker aftershock and an epicenter about 50 kilometers west of the city of Khost in Afghanistan.

The state-run Bakhtar news agency, which has been updating casualty figures, said rescuers are arriving in helicopters from Afghan security forces. The news agency’s director general, Abdul Wahid Rayan, wrote on Twitter that 90 houses have been destroyed in Paktika and dozens of people are believed to be trapped under the rubble.

Local Afghan officials estimated from the start that the death toll would continue to rise if the government does not send emergency aid to the affected areas. In a statement, Taliban government spokesman Bilal Karimi urged aid agencies to send teams to affected areas to prevent “further catastrophes.”

This tremor comes as the international community has largely abandoned Afghanistan after the Taliban seized control of the country last year amid the chaotic withdrawal of the US military from the longest war in its history. That will likely complicate any relief effort for this country of 38 million people.

Unconfirmed news & photos of casualties & destruction are coming from the different parts of the south east of #Afghanistan after the last night’s #earthquake. It is said that dozens are died in Geyan, Spere & some other districts of Paktika & Khost. More details to eat. pic.twitter.com/opHE7ZTXnZ

“A strong earthquake shook four districts in Paktika province, killing and injuring hundreds of our compatriots and destroying dozens of houses,” Bilal Karimi, deputy spokesman for the Taliban government, wrote separately on Twitter. “We urge all relief agencies to send teams to the area immediately to prevent further catastrophes.”

Shaking in Afghanistan, Pakistan and India

The tremors were felt along some 500 km by some 119 million people in Pakistan, Afghanistan and India, according to a tweet from the European Seismological Center (EMSC).

The northwestern regions of Pakistan border the area in eastern Afghanistan where the earthquake occurred. Tremors were felt in Pakistani cities, including the capital Islamabad and the eastern city of Lahore, but no loss of life or property was initially reported in Pakistan.

Earthquakes are common in the region and often cause significant damage. Mountainous Afghanistan and the larger region of South Asia, where the Indian tectonic plate collides with the Eurasian plate to the north, has long been vulnerable to devastating earthquakes.