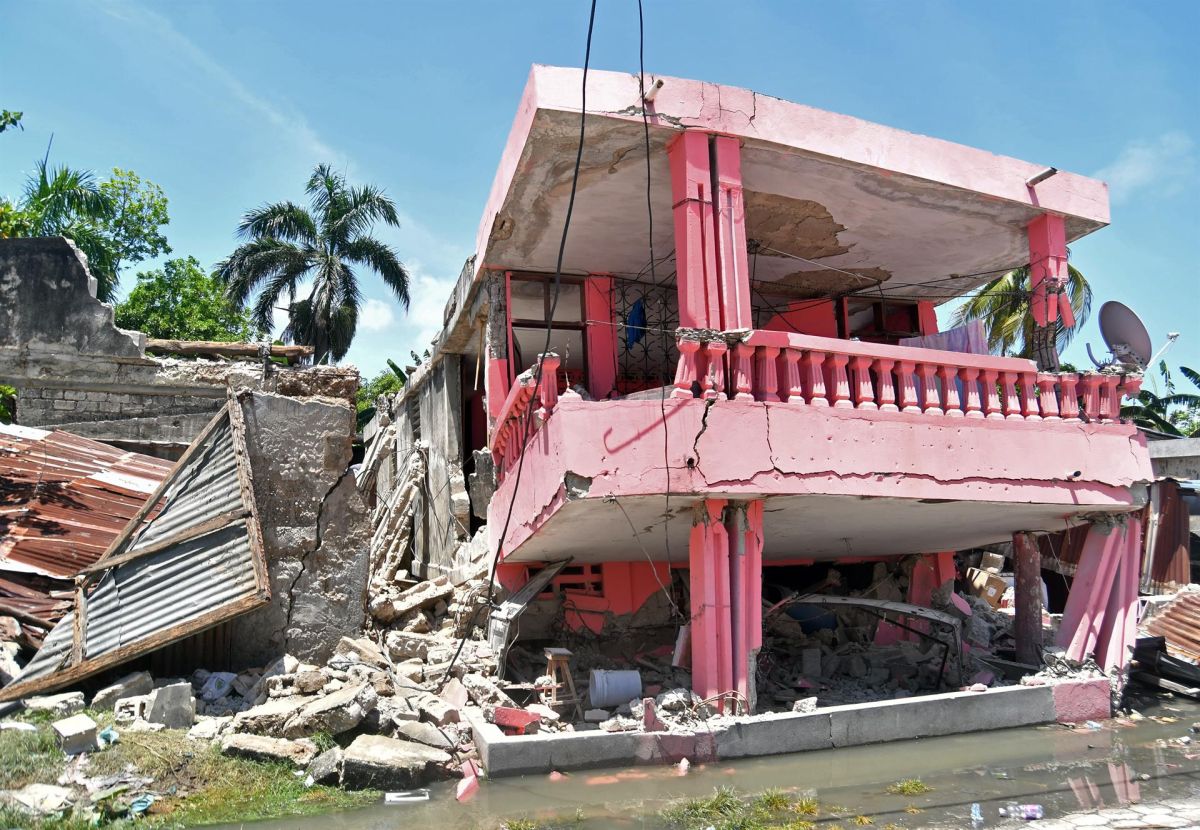 The Haitian government declared a state of emergency after at least 304 people were killed in a 7.2 magnitude earthquake that struck the country on Saturday morningPrime Minister Ariel Henry announced at a press conference updating the death and injury figures from the disaster.

More than 1,800 people were injured, reported by the Haitian civil protection service.

“When it comes to medical needs, this is our greatest urgency. We have started sending medicines and medical personnel to the facilities that are affected, “said Prime Minister Henry. “For people who need urgent special attention, we have evacuated a number of them, and we will evacuate a few more today and tomorrow.”

A hospital in the southern city of Jeremie said it is overwhelmed by patients, according to CNN.

Most of the fatalities correspond to the South department, where 160 deaths have already been confirmed, followed by the Nippes department, with 42, Grand’Anse, with 29, and 2 in the Northwest department, reported the agency on your Twitter account. Hospitals continue to receive injuries from the earthquake.

“The first interventions, which have been carried out by both professional rescuers and members of the population, have allowed many people to be removed from the rubble,” said Civil Protection.

The powerful earthquake, which caused seven aftershocks with a magnitude greater than 4 in the four hours that followed, It occurred at 8.29 am local time, about 12 kilometers (7.5 miles) northeast of Saint-Louis-du-Sud and 10 kilometers deep, according to the United States Geological Survey (USGS).

USGS issued a red alert on the possibility that the earthquake has left a large number of victims, something that the authorities have already begun to recognize with the first images that arrived from the affected places and that showed the destroyed buildings.

The destruction has been particularly notorious in the Les Cayes area, where the hotels of Le Manguier and Petit pas Hotel have collapsed, according to the newspaper ‘Le Nouvelliste’. Local media have also reported on the collapse of health centers in some areas.

The prime minister, Ariel Henry, has gone there to assess the damage. “I just flew low over the city of Cayes to see the magnitude of the damage in order to better channel the emergency response,” he said on his Twitter account.

The United Nations Children’s Fund (UNICEF) reported that the Hospital de la Concepción located in this city is “overflowing.” “Mothers wait outside with their injured children,” he said on his Twitter account.

Videos posted on social media offer a glimpse of the widespread destruction after the earthquake in Haiti.

Haiti, considered the poorest country in the Western Hemisphere, still lives with the impact of the catastrophic 2010 earthquake that left more than 200,000 people dead.

The country has also experienced a state of political turmoil since the assassination of President Jovenel Moïse in July.

In a statement Saturday, President Joe Biden said he was “saddened by the devastating earthquake that occurred in Saint-Louis du Sud, Haiti, this morning.”

“We send our condolences to all those who lost a loved one or saw their homes and businesses destroyed,” the statement said. “I authorized an immediate US response and appointed USAID Administrator Samantha Power as the senior US official to coordinate this effort.”

Power said on Twitter late Saturday that he authorized the deployment of a USAID Disaster Assistance Response Team in Haiti and that he is coordinating with the Haitian government to help the country.

The governments of several Latin American countries have reported that they are preparing to help Haiti during this humanitarian crisis.