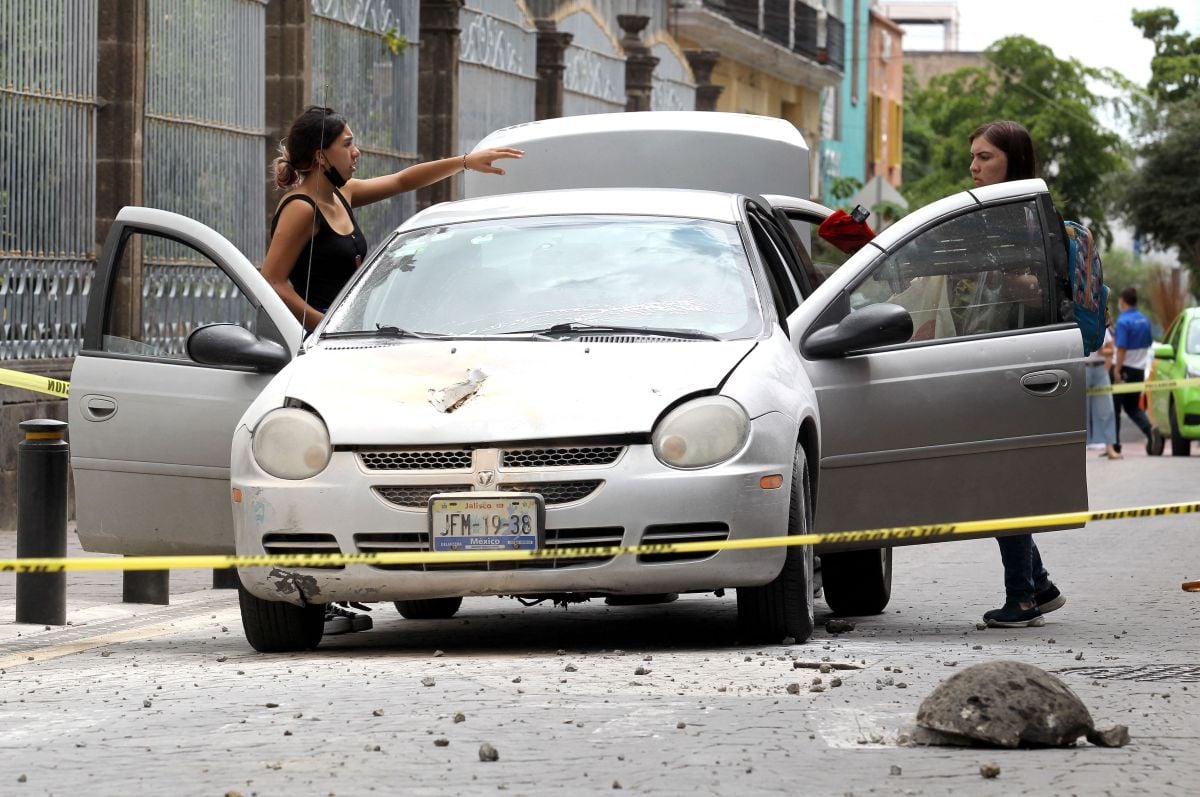 Until 1:00 p.m. this Tuesday, September 20 There have been 814 aftershocks of the magnitude 7.7 earthquake that occurred in Mexico last Tuesdayas reported by the National Seismological Service (SSM).

The most important earthquake aftershock was of magnitude 5.8, at 1:09 p.m. this Tuesday, reported about 44 miles south of Tecomán, Colima; It is worth mentioning that the epicenter of yesterday’s earthquake was recorded in Coalcomán, Michoacán.

The National Seismological Service also announced that the rest of the aftershocks have been of small magnitudes, ranging between 2.9 and 4.8. It is worth mentioning that the dependency has mentioned about at least 3 other movements after 1:00 p.m.

It should be remembered that yesterday’s earthquake was first reported with magnitude 6.8, however, the SSM adjusted the figure twice: first to 7.4 and finally to 7.7. The telluric movement occurred at 1:05 p.m. on Monday, almost an hour after the National Drill 2022.

What is the difference between an earthquake and an aftershock?

An earthquake occurs when the forces that affect a certain volume of rock (tectonic plates), exceed its resistance, causing a violent rupture and the sudden release of accumulated energy.

This accumulated energy propagates in the form of seismic waves in all directions.

When an earthquake occurs, the preliminary information available during the first few minutes is obtained from a small group of stations in the network of seismological observatories in each country.

The aftershocks, on the other hand, are seismic movements after an earthquake, of lesser magnitude than this one but that occur in the same region and originate because the accumulated energy continues to be released.

Yesterday’s earthquake is the third in Mexico on September 19, although with much less impact than the previous two.

That of 1985 left an approximate figure of 40 thousand victims, while that of 2017 left about 370 dead; Yesterday’s earthquake barely reported dozens of injuries and at least 2 deaths.

Naturally, this is a popular perception that has been reinforced by recent coincidences: September is a month of great earthquakes in Mexico, however, for scientists there is a clear answer: they are just coincidences. HERE why.

Also read:
· What science says about the idea that in Mexico there are more earthquakes in September
· Tsunami alert in Mexico after earthquake of magnitude 7.7
The first images of the 7.7 earthquake in Mexico are reported