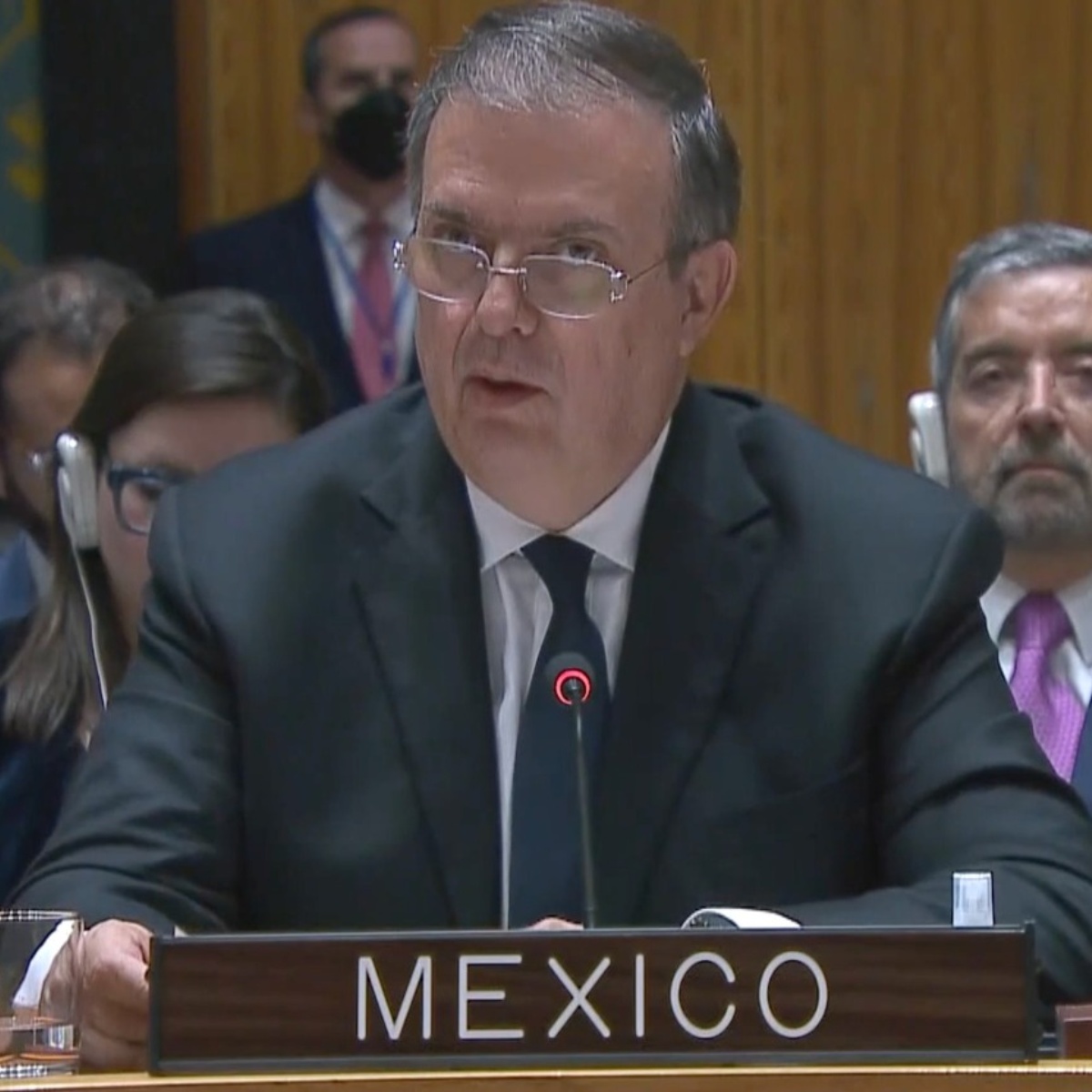 It was before him United Nations (UN) Security Councilthat the head of Foreign Affairs explained the initiative proposed by a committee made up of the Pope Francis, UN Secretary General António Guterresand Indian Prime Minister Narendra Modi start peace negotiations between Russia and Ukraine.

“Based on his pacifist vocation, Mexico considers that the international community must channel its best efforts to achieve peace. The objective is very clear: to generate new mechanisms for dialogue and create complementary spaces for mediationthat build confidence, reduce tensions and pave the way for lasting peace,” he said.

“As the secretary general has said, it is time to act and commit to peace, resigning oneself to war is always going to the precipice,” he added in his speech.

Ebrard assured that Mexico’s position on the armed conflict between Russia and Ukraine “has been based on our constitutional principles of foreign policy, which are in accordance with the principles of non-intervention, the peaceful settlement of disputes and the prohibition of threat or use of force

“There is no room for ambiguity, the peaceful consistency of the states depends on the respect of all of them, there can be no exceptions,” he emphasized.

The foreign minister (like President López Obrador in previous days) criticized the UN and its Security Council for not fulfilling their responsibility to prevent the war in Ukraine, a conflict for which he affirmed that millions of people have suffered.

▶️Message from the Chancellor @m_ebrard at the UN Security Council session, “Maintenance of International Peace and Security in Ukraine”:

“I share the proposal of the President of Mexico to strengthen the mediation efforts of the UN Secretary General.”
���������� pic.twitter.com/mzCWsCAgyi

“The purpose of this organization and mandate of this Council is to prevent people from suffering from the scourges of war, but this can only be achieved through dialogue, diplomacy and the construction of effective political channels. Indifference is not admissible, nor is staying in regret that until now, in the case at hand, the Security Council has not been able to fulfill its essential responsibility”, he stressed.

He warned that the times are propitious to propose the structural reforms that are required for this.