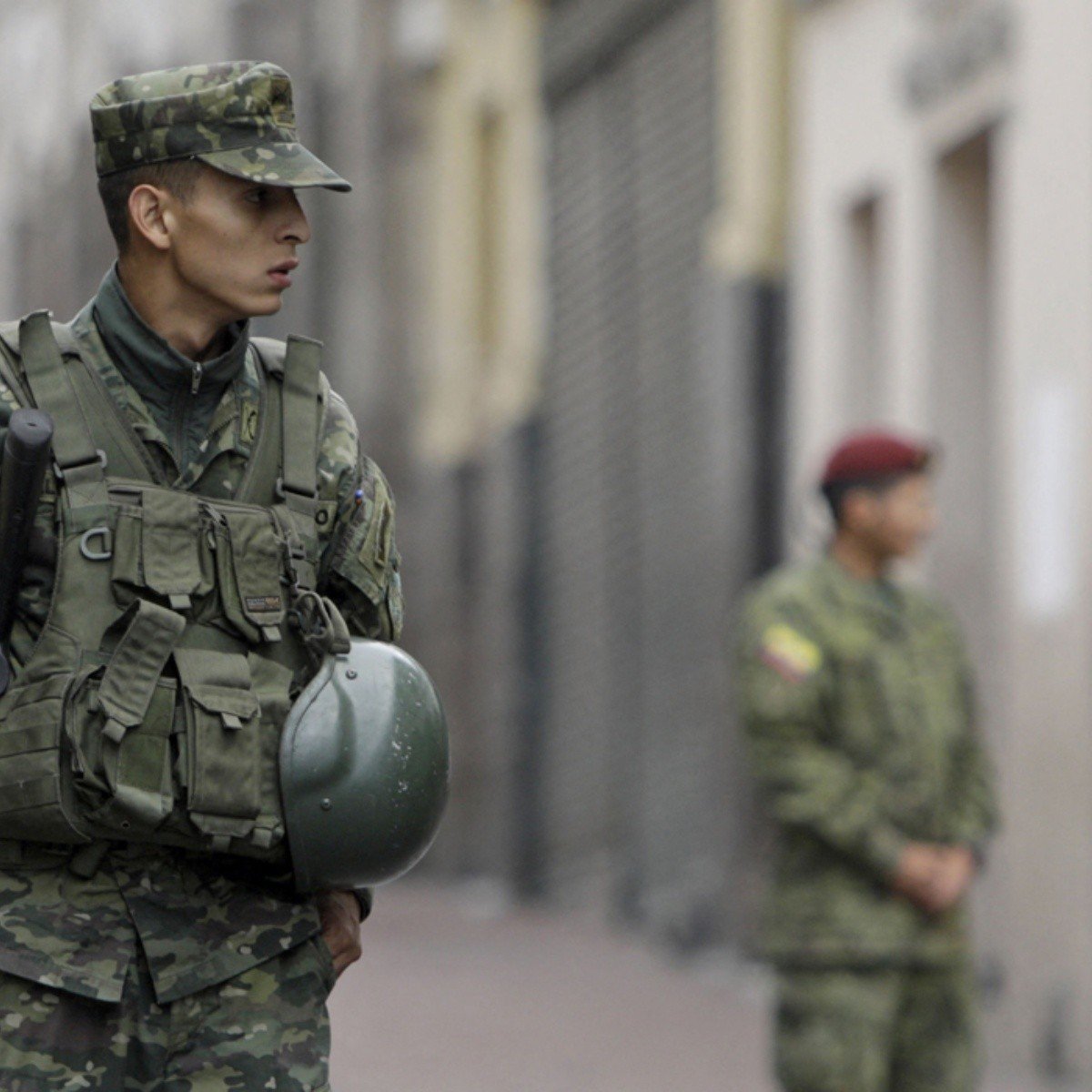 The President of Ecuador, Guillermo Lasso, declared a state of emergency in the three provinces most affected by a indigenous protestwhich for five days has blocked roads in half the country and has left at least 43 injured and 37 detained.

The indefinite demonstrations of the Confederation of Indigenous Nationalities of Ecuador (Conaie), the largest indigenous organization in the country, demanding a reduction in fuel priceshas led to clashes with the police and the intermittent closure of access to Quito and its airport.

“I promise to defend our capital and to defend the country. This forces me to declare a state of emergency in Pichincha [cuya capital es Quito]Imbabura and Cotopaxi starting at midnight today”, 05:00 GMT on Saturday, said the president in a speech broadcast on television.

The demonstrations, in which students and workers participate, have been concentrated in the Andean Pichincha and its neighbors Cotopaxi (south) and Imbabura (north), with a high presence of indigenous people, who represent one million of the 17.7 million Ecuadorians.

With spears in hand, indigenous Amazonians temporarily occupied the headquarters of the governorates of the provinces of Pastaza and Morona Santiago (both to the southeast and bordering Peru).

The Armed Forces rejected on Twitter “the violent actions carried out by protesters” in Pastaza, which left a person “with fractures and multiple injuries.”

In Quito, nearly a thousand demonstrators tried to tear down metal fences surrounding the presidential headquarters.

Due to the increase in drug trafficking and violence, since April 30 there is also a state of emergency for 60 days in the coastal areas of Esmeraldas, Manabí and Guayas. In the latter protests took place on Friday.

Lasso, who took over a year ago, refuses to accept his demand to reduce them to $1.50 and $2.10, respectively.

The organization, which participated in revolts that overthrew three presidents between 1997 and 2005raised a list of 10 points and demands your attention before talking with the Executive.

With a view to defusing the protests, the president reported Friday on a series of compensations such as raising an economic bonus from 50 to 55 dollars to “alleviate the difficult situation” of the poorest families.

It will also subsidize up to 50% the price of urea for small and medium-sized farmers and ordered the forgiveness of overdue loans for up to 3,000 dollars granted by the state bank for productive development.

After midnight on Friday, the head of Conaie, Leonidas Iza, addressed Lasso through social networks to tell him that the “substantive issues (…) you do not intend, in this case, to resolve them.”

“We ratify the struggle at the national level, indefinitely,” added the leader, noting that “from this moment we prepare the mobilization” of natives to Quito to maintain the protests, without specifying when the natives will arrive.

“There is no dialogue”

During the day, Lasso, a former right-wing banker, received a hundred indigenous people from Cotopaxi residing in the capital at the presidential headquarters and made new calls for dialogue, for which the church, the UN and universities have offered to mediate.

He also met with mayors and provincial prefects to analyze the situation.

Iza emphasized that “there is no dialogue” between the Executive and Conaie, which led violent anti-government protests for more than a week in 2019, with a balance of 11 dead and more than a thousand injured.

The current demonstrations, which affect various sectors, leave losses of 50 million dollarsaccording to the Ministry of Production, without taking into account the oil sector, in which Amazonian wells have been paralyzed.

“I called for dialogue and the response was more violence. There is no intention to seek solutions,” Lasso lamented.

The Conaie also asked to stop the violence in the protests that, according to the organization, left 24 injured in incidents and 37 arrested.

“Vandalism, confrontation, violence cannot be accepted,” said Iza, who is outside of Quito and will be tried in July for paralyzing public services during the protests.