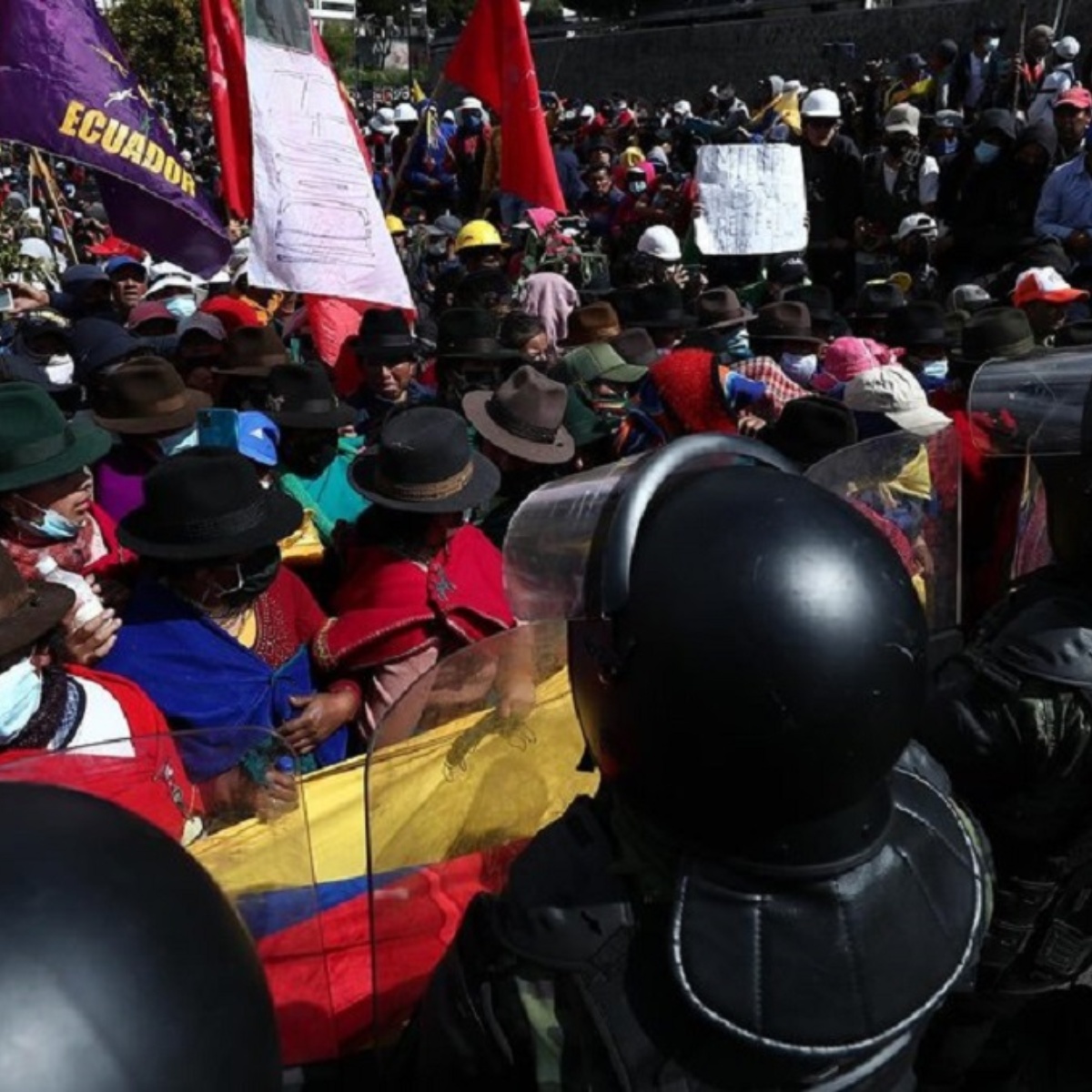 the president of Ecuador accused the indigenous protesters trying to overthrow his government. The protests, which often turn violent, have entered their 13th day in the South American country that straddles the equator.

“The true intention of these violent people is to stage a coup,” President Guillermo Lasso said in a televised speech. “We call on the international community to alert about this attempt to destabilize democracy in Ecuador.”

He was referring to the protests called by the Confederation of Indigenous Nationalities (CONAIE) demanding a reduction in the already subsidized but rising fuel prices. Protesters have also called for more jobs, food price controls, and more government spending on health care and education.

Lasso again offered dialogue to end the demonstrations in Ecuador, but shortly after his speech thousands of protesters clashed with police near the congress building in the capital, Quito. Police fired tear gas after a barrage of stones, fireworks and Molotov cocktails launched by protesters.

While some 14,000 people have joined the protests in Ecuador, most of the action is in Quito, where some 10,000 people, mostly from other parts of the country, took to the streets.

Clashes between protesters and security forces have left six dead and dozens injured, causing six of the country’s 24 provinces to be declared a state of emergency, while a nightly curfew was imposed in the capital. . The Health Ministry said two people died in ambulances delayed by roadblocks.

Interior Minister Patricio Carrillo said criminals armed with firearms have infiltrated the marches. In Quito, protesters blocking roads caused food and fuel shortages in the city. Groups of protesters also attacked vehicles and civilians and forced the closure of businesses, some of which were looted.

Human Rights International said that four of its employees were physically attacked and robbed Thursday in Quito.

Attempt to impeach the president

As we report in AmericanPost.Newsdeputies of the Union for Hope (UNES) bench, linked to former leftist president Rafael Correa, began a legislative process this Friday to seek the removal of Lasso.

“Ecuador can’t take it anymore,” said the UNES legislator, Fausto Jarrín. “The dialogue is being broken on all sides, with violence.”

This measure was rejected by other parties, including Lasso’s, who said they support dialogue between the government and indigenous groups. The votes of at least 92 lawmakers out of 137 lawmakers in the assembly would be needed to remove Lasso, while Union has only 47 seats.

Lasso has announced fertilizer subsidies, forgiveness of bank debts and budget increases for health and education, but at the same time he warned that he will use all legal tools to contain the violence unleashed by the demonstrations.

“Mr. Iza’s true intention is to overthrow the government,” Lasso said. “The National Police and the Armed Forces will act with the necessary measures to defend themselves in accordance with the law, making progressive use of force.”