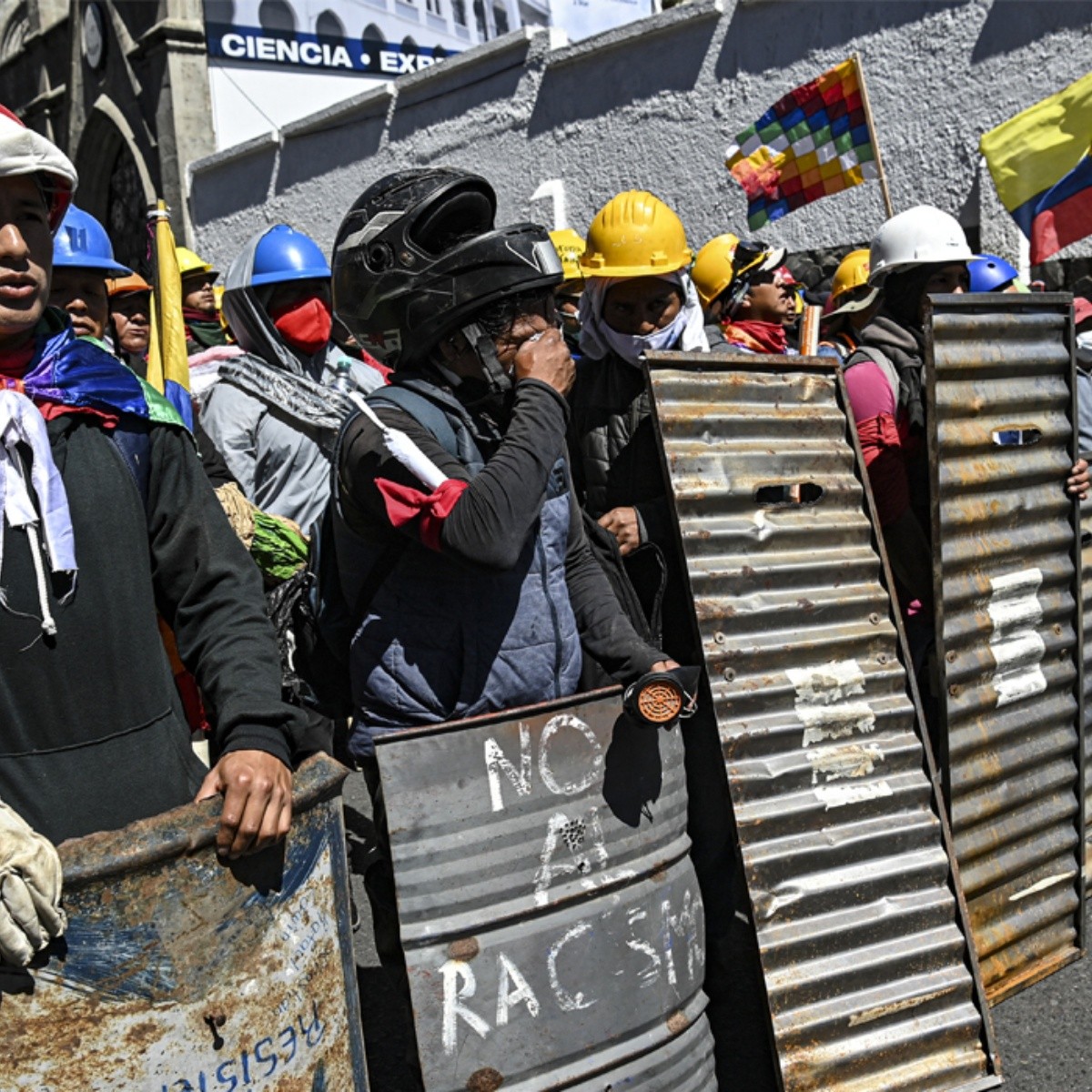 The President of Ecuador, Guillermo Lasso, suspended this Tuesday the negotiations he had with the leader of the indigenous protests due to the high cost of living, after an attack against the military that left one uniformed officer dead and twelve more wounded.

“We will not sit down to talk with Leonidas Iza again, who only defends his political interests and not those of his bases (…) We are not going to negotiate with those who hold Ecuador hostage,” the right-wing president declared in a presidential address. .

At dawn, a group of soldiers and policemen who were protecting a fuel convoy were attacked by demonstrators with “lances and firearms” in the Amazonaccording to the authorities.

“You deserve more than an opportunist as a leader (…) It is a criminal act to play with the lives of innocents. The country has witnessed all the efforts we have made to establish a fruitful and sincere dialogue,” added Lasso, a former banker who took over a year ago.

The high cost of living fueled by the increase in fuel prices pushed some 14,000 protesters into the streets, most of them in Quito. They demand measures that cushion the economic blow to agricultural production and the basic basket.

The government was absent from the dialogue table with the indigenous people that has been taking place in the Basilica of the National Vote in Quito since Monday.

“It was a brutal attack (…) But how can we know if it really came out of the protesters or not? Iza wondered in the morning during the frustrated meeting.

“Let the world know who does not have the will to solve problems,” said the also president of the powerful Confederation of Indigenous Nationalities (Conaie).

Festive marches, roadblocks, violent clashes between the public force and the indigenous put pressure on the unpopular President Lasso (17% acceptance).

Haunted also by a debate of ongoing impeachment in Congressthe right-wing president gives in little by little to the demands of the protesters.

Without taking into account the recent Army report, the protests have left five demonstrators dead, more than 500 injured among soldiers and civilians, and some 150 detainees, according to various sources.

The indigenous denounce police repression in the midst of the demonstrations.


VIDEO. Cosmetologist reveals on TikTok that she earns in a day what many in a month