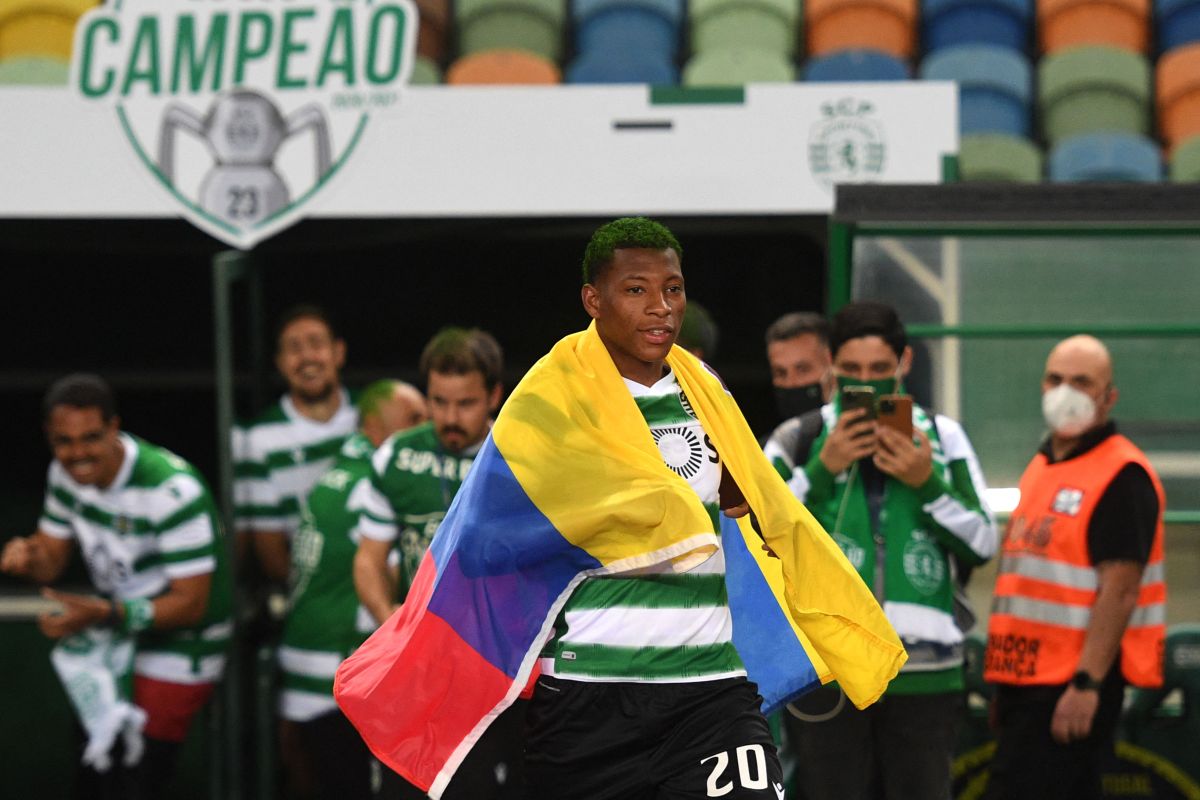 The Ecuadorian Gonzalo Plata, player of the Spanish Real Valladolid, has assured this Thursday, after being sentenced to two years without a driving license for a crime against road safety for driving drunk and causing an accident on December 8 in Valladolid, that he feels “calmer” and has “turned the page”, so he is “committed” to the team.

“That is already something of the past that has been able to be solved and now the objective is to do things well, in the game against Lazio this Saturdayand already thinking about the league, with that first game against Villarreal”, he told reporters this Thursday.

The purple and white attacker He has been “very happy” to have been able to stay in Valladolidsince his desire was always that, although he has recognized that there was “a moment” in which the possibility of going to another team crossed his mind, but the “connection” he has achieved in the Castilian capital.

“I have been calm because everyone knew that I wanted to stay here, but it is true that the signing did not materialize until the last minute, which created some doubts, which were annulled after the agreement reached with Sporting Lisbon (the club that had his record)”, he specified.

As for the fact that it was Real Valladolid’s most expensive signing ($7 million dollars plus variables), Plata considers that “this is not a burden” for him, but “it is a good thing”because “it implies great confidence on the part of the club, and now we have to give it back on the field”, he explained.

As he pointed out, it was important to be in a place where he could feel “calm” and “focused on football”, and in Valladolid has found that place “both by the city, as by the companionsthe club workers, the coaching staff and the fans”.

He is aware that the team is going to face “a very complicated season” in the First Division, but there is great confidence in the squad and in the coaching staff.

Also it is clear that it is the year of the World Cup and, therefore, it still “motivates him more”, but he knows that everything will depend on how he feels in the first league games, in which he will try to “do his best”, ahead of his participation in that important event.

Although First is totally different from Second, His aspiration is to “contribute in whatever way possible: dribbling, assisting or scoring goals” and he feels “prepared” because he believes that his head “is fine and calm”, to which is added that he hardly has any discomfort in his ankle.

He has commented that the injury that occurred with the Ecuadorian team is already “overcome”although he has given “more war” than usual, because he took time to treat himself when he started his vacation and that has delayed his full recovery.

“I have been following the treatments indicated by the medical staff as soon as I arrived in Valladolid, and I have felt well in the last days of training, so I am prepared to play and give my best, if the ‘teacher so decides’‘”, he clarified.

Precisely, in what refers to the philosophy of the coach, José Rojo “Pacheta”, of maintaining “courage in the game”, Plata has pointed out that this “is going to be noticed” in his game because he “likes to attack more”, but he will comply with the orders that the coach gives him for each game, whatever he decides.

Also read:
– Ecuadorian Gonzalo Plata was sentenced in Spain for drunk driving and causing an accident
– Ecuador confirmed its last two games prior to the Qatar 2022 World Cup: They will be against Saudi Arabia and Japan
– Gustavo Alfaro gives hope of the World Cup to the injured in Ecuador: “I will wait for them until the last day”