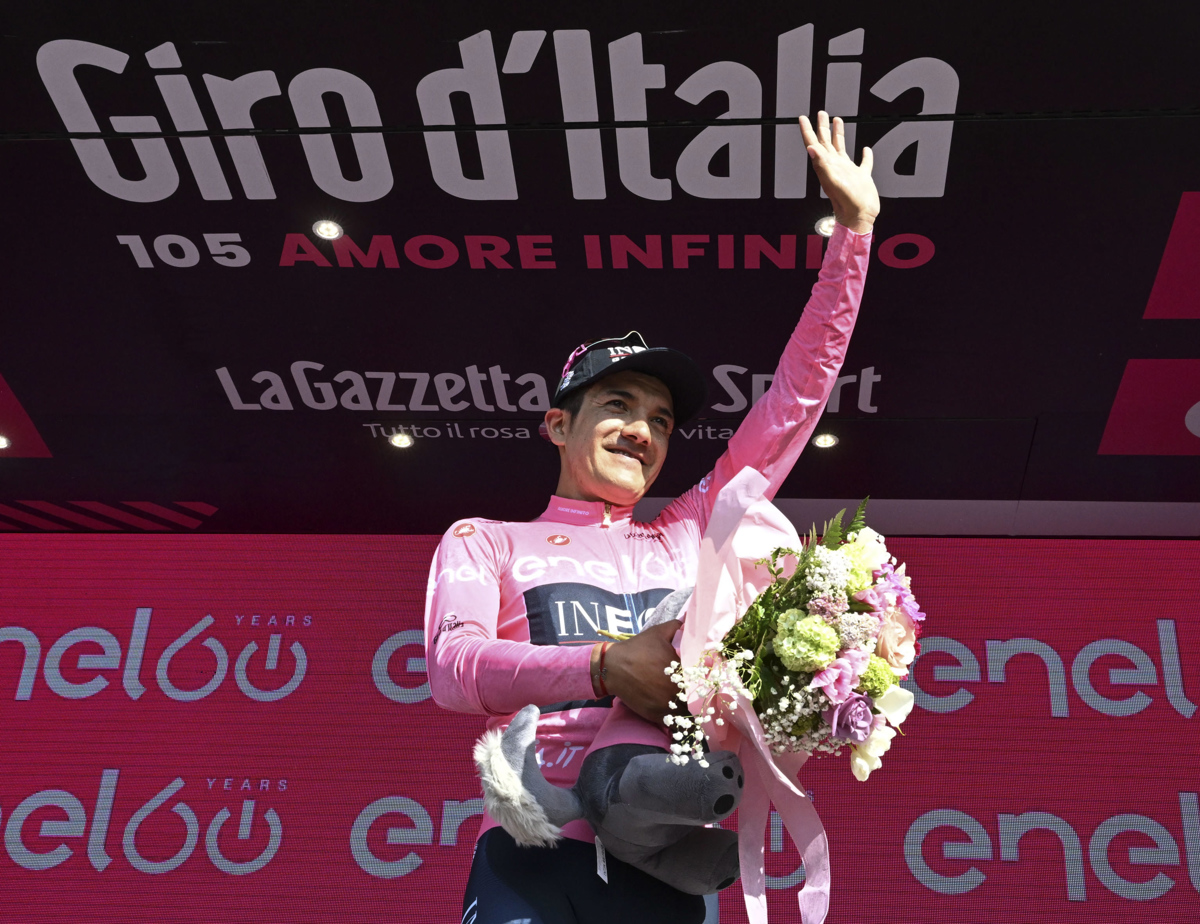 The Ecuadorian cyclist Richard Carapaz (Ineos) affirmed that he has fulfilled this Saturday the first objective in the Giro d’Italia by obtaining the pink jersey, but warned that “the most difficult part is coming.”

“It was a very intense stage and very hard with the heat. We did not expect to be here (in pink) and I am very happy. We have fulfilled the first objective with the team, but the most difficult part of the Giro is coming and we are in a good position. We have to keep going”he stated at the finish line.

Caparaz highlighted the “good job” done by the Bora team and its cyclist Jai Hindley. “We have the jersey, it’s good for us, and now to defend it. One week of madness remains”he added.

I didn’t remember it, but it’s something nice for me. I worked hard to be here, to come here to try and do my best. We took the first step

The German team Bora and the Ecuadorian from Ineos Richard Carapaz ended the resistance of the Spanish Juanpe López in the fourteenth stage of the Giro d’Italia, whose pink jersey is now worn by the South American cyclist, third at the finish line in Turin, where the British Simon won. Yachts (BikeExchange).

The classic profile that the stage had helped him win another classic, Yates, who added his twenty-eighth win of his career in a Giro that he can no longer win.

In the selection of twelve that Bora formed in the lead, with the Dutch Wilco Kelderman in front, to climb La Maddalena, in addition to Juanpe, were the Spaniards Pello Bilbao and Mikel Landa, from Bahrain, Carapaz and the Italian Vincenzo Nibali (Astana) , among others.

At 32 kilometers, again in Superga, Kelderman, who had made a great effort, moved away. His partner Emanuel Buchmann gave him continuity. Bora wanted to corner Carapaz, who had been left alone. The Ecuadorian responded to the attack.

The one from Tulcán made a pickle gesture and only the Australian Jai Hindley (Bora), Nibali and Juanpe held him in the first instance. Landa recovered and the group was down to ten, with Pello also in it.

Juanpe’s colossal defense ended in another brutal attack from the Ecuadorian at 28.5 km. of goal. No one could keep up with him.

Carapaz started the second ascent to La Maddalena with a little over twenty seconds lead. From behind, Nibali demarró and Hindley followed, who took the opportunity to leave the Italian behind and go alone for the South American, whom he hunted down. Nibali and Yates also arrived before finishing the climb to the port, 11 kilometers from the finish line.

Yates attacked with little more than 4 kilometers left, in the intermediate sprint, and claimed a victory that had been sought by the Bora team, agitator of the day, and Carapaz, who finished third, behind Hindley (Bora).

You might be interested in:
– Kylian Mbappé after renewing at PSG: “I am very happy to be able to continue in France, the country where I was born, grew up and flourished” [Video]
– Real Madrid is above everything: players from the squad sent iconic messages after Mbappé’s decision
– “Mbappé, where is he…?” FC Barcelona fans sing and laugh at Real Madrid [Video]