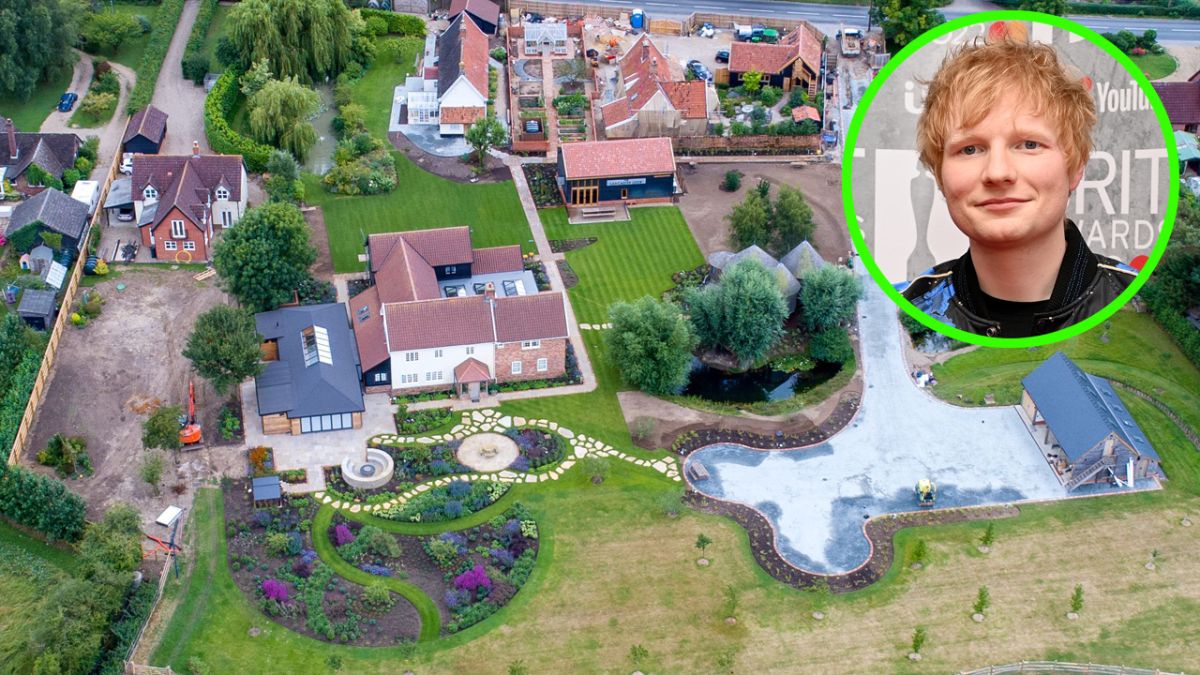 british singer Ed Sheeran31, started some time ago with the construction of Sheeranvillehis own community, in which he plans to have all the basic services to be self-sufficient and not have to go outside.

That life plan has caused him various problems with his neighbors, who have spoken out against several of his projects and there have even been several who have refused to sell him their houses in exchange for a large amount of money.

Another of the conflicts he has faced is the electricity bill, when it became known that he pays £30,383 per annum for this concept, something like $36,700 dollars.

That stratospheric figure places him as one of the British celebrities who allocates the most money to paying for electricity.

According to The Sun newspaper, his electricity bill is only behind British royalty, Elton John, Tamara Ecclestone, Robbie Williams and Jamie Oliver.

Ed Sheeran’s property, located in the town of Suffolk and valued at about $5,000,000 dollarshas several buildings that the musician bought from his neighbors.

The main house has an extension of 13,560 square feet and with 18 bedrooms, so it has more than enough space to receive your guests.

Besides already is building a chapel and is waiting for the green light to build a burial chamber in the basement.

Just as he has received permits from the authorities to build any project that has come to mind, he has also had to give in to the demands and complaints of his neighborswho have already forced him to remove the sauna he had in the open air, as well as forbidding him to swim in his lake, agreeing that it would only be used for breeding frogs, newts and dragonflies.

Meet inside the millionaire triplex apartment that Hugh Jackman sells in Manhattan
Video: ‘The Rock’ moves his mother and brings him to tears after giving him a new house
This is the Miami mansion to which Shakira will move with her children after separating from Piqué
Diego Boneta and Renata Notni debut $3,900,000 home and love nest in West Hollywoo