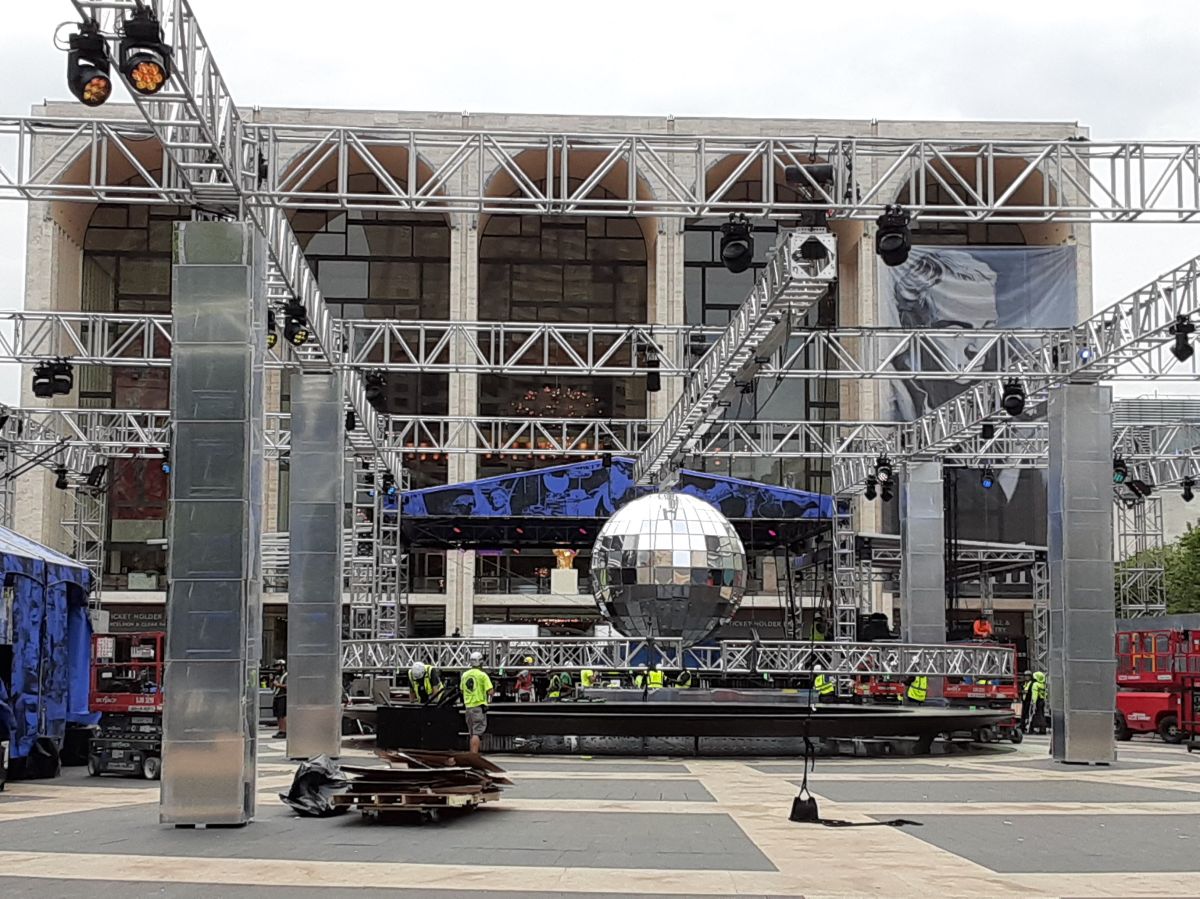 A 1,300-pound, 10-foot-diameter disco ball it’s part of the makeover at New York’s famed Lincoln Center plaza, which this summer will be temporarily transformed into the city’s “largest outdoor dance floor.”

The nightclub “The Oasis on Josie Robertson Plaza” will work from June 1 to August 14, and the first thing announced on the agenda is a free concert by salsero Eddie Palmieri.

“Growing out of the center of the concrete jungle like a fantastical mirage is ‘The Oasis,’ New York City’s largest outdoor dance floor with a 10-foot disco ball and the central hangout of ‘Summer for the City,’” Lincoln Center announced in a statement.

The montage has the talent of Clint Ramos, Tony Award-winning set and costume designer from the Philippines; and lighting by Andrew Grant. “The wall art installation on the mirrored blue stage transforms ‘Josie Robertson Plaza’ and invites New Yorkers to meet again among a sea of ​​mirrors, that reflect the countless participants.”

“Offering soul-filling respite, ‘The Oasis’ invites visitors to dance, meet and reconnect during daily operating hours and to free selected events for all ages”.

“Whether you’re dancing, snacking, chatting or relaxing, we hope the rejuvenating summer air and cool glow of the fountain inspire you to enjoy the moment shared with friends old and new.” The official agenda of events can be consulted here.

Also in Central Park this summer there will be an open-air disco, in the traditional winter skating rink “Wollman Rink“.