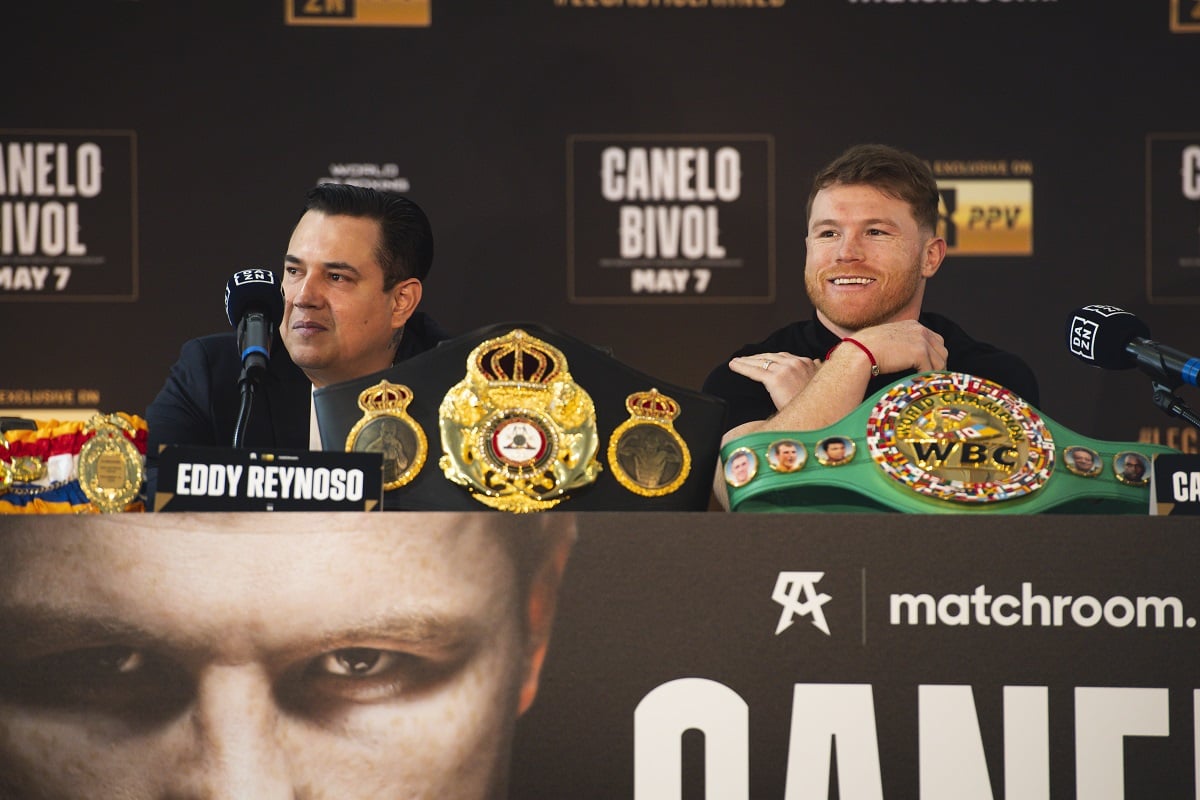 The first press conference was held on the great fight between Saúl Canelo Álvarez and Dmitry Bivol and the news about the possible realization of the trilogy between the undisputed champion against the Kazakh Gennady Golovkin. Eddy Reynoso confirmed the interest.

It is true that right now Canelo is focused on defeating the Russian Bivol on May 7, but he also made it clear that he is thinking about the possible confrontation with GGG.

“Yeah (it’s personal), he talked a lot of shit, a lot of things. We will see, first is the fight on May 7 and I focus on it. It is not an easy fight, it is a complicated fight for me; I will concentrate and then we will talk about the other one (against Golvokin). I hope to win it,” he stated.

Along the same lines, his coach Eddy Reynoso declared, who put his spicy touch.

If we win in May and Golovkin wins his fight, everything would be aimed at making the trilogy, the people deserve it and Golovkin deserves the rematch. He kind of wanted more rounds, so now let them win their fights and let’s see what happens

For the second time in his career, Canelo Álvarez will go up to 175 pounds to face a challenge in the ring and he will face a hard puncher like Dmitry Bivol.

“It is going to be a very important fight, very complicated for Canelo and for Bivol. We take on the challenge of going up to 175 pounds for the second timewe had already done it against Kovalev and we felt pretty good but now we are going to face a more elusive fighter, with more legs, undefeated and younger, “said Reynoso.

What does Reynoso say about the criticism he and Canelo receive from their rivals?

“Except for Yildirim, I think we have faced the best fighters, we have beaten the best, undefeated and championship fighters,” Eddy stated. “Previously when we fought Kovalev, they asked us to fight Bivol because he was the best, now that we are going to fight Bivol they tell us why we didn’t fight Charlo and that’s the way it is,” he concluded.

You may also like:
– Mike Tyson believes that the best pound for pound is Canelo Álvarez and forces him to fight David Benavidez
– Spicy Ryan García: responded to Canelo Álvarez after insinuating that he is undisciplined
– Canelo Álvarez opened the door to the trilogy with Golovkin: “Yes, it is personal, he talked a lot of shit, a lot of things”