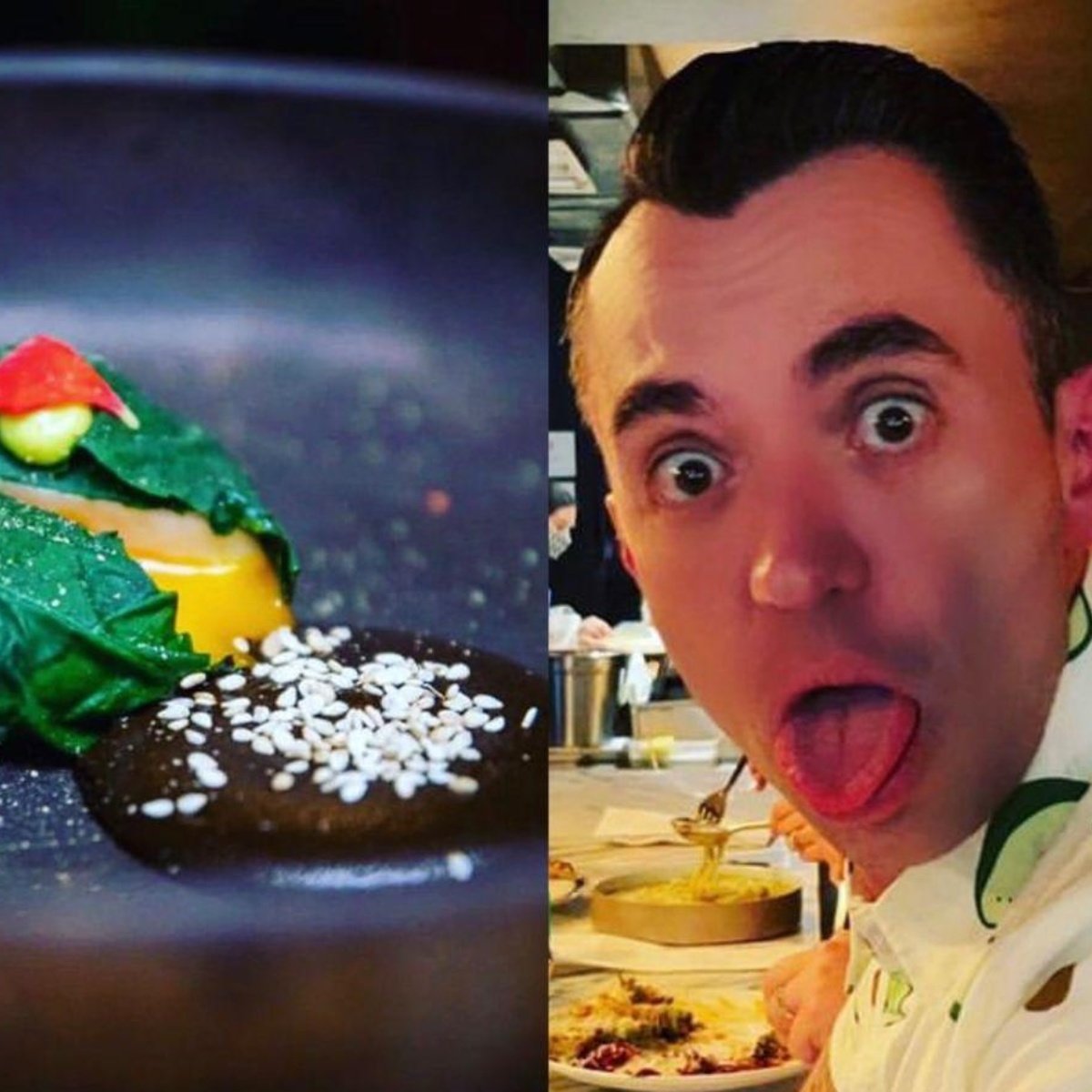 Édgar Núñez is a name that has been causing a furor on the networks recently, as he is a chef of Mexican cuisine who has various restaurants, among which are “Sud777” and “Jacinta Dining Room”.

Sud777 has come to be considered one of the best in Latin America, since customers are not lacking and recently he was involved in a controversy, when an influencer asked him to eat for free in exchange for publicity.

It turns out that through the Twitter account of chef Édgar Núñez, who shared a screenshot showing a direct message sent by Colombian influencer Manuela Gutiérrez, whose username is @ manuguti95.

It seems that the renowned chef wrote exposed the influencer’s message that said: “Hello, how are you? Your restaurant is simply spectacular! I will be in Mexico at the end of the month with my boyfriend, and I would love to know if it is possible to carry out an advertising exchange, where I recommend them and show their services on my Instagram through my stories, which will be anchored in a highlight, in exchange of a meal for two.

“For me it would be an honor to be able to work with you!”.

It seems that this did not seem to please Édgar Núñez, because in addition to the screenshot, he added the following description to the post: “And in my liked section; “international freeloaders” I leave Manuela with #BuenasTardesATodos (with a quarter of my followers)”. He also added one more comment that said:

“Hahahaha I didn’t know that eating for free was working.”

It is not for less that the reactions on the part of the Internet users did not wait, because there are those who were against the chef, commenting: “He only made you a proposal. It is up to you to accept or reject. I don’t see why you had to expose her and try to make fun of a person”; “He was nice and he just asked if you were interested in him. The same and you could tell her no without coming to doxx her”, among many others.

On the other hand, some users supported Édgar Núñez’s position, with comments such as: “Those so-called influencers already want everything for free”; “One who is also in the business, it is pathetic how they ask you for courtesies or eat for free. They have become a plague”; “He still dares to write that it would be a pleasure to work with you, as if what he does is work.”

For her part, Manuela Gutiérrez responded to this controversy through her Instagram stories, saying that the chef has her blocked, but that they tell her to invite her to the live so that they speak like civilized people.

IT MAY INTEREST YOU: These influencers wanted everything for free; were displayed on networks

How much does it cost to eat at the restaurant?

Eating at the famous chef Édgar Núñez’s Sud777 is not as expensive as you might think, the first thing to say is that this restaurant is characterized by serving contemporary Mexican food, with a luxurious presentation, which is not easy to find somewhere. another place.

That is why we tell you that to taste dishes they range from 155 pesos to 595 pesos, for example, the octopus in ash crust, piquillo pepper and xcatic mayonnaise has a price of 285 pesos; the soft shell crab, seaweed and jalapeño mayonnaise costs 295 pesos; the duck breast with yellowish mole, garden leaves and sweet potato puree and the rib in mole sauce costs 400 pesos.

It is also highlighted that the cheapest thing you will find are the soups for a price of 155 pesos; On the other hand, the most expensive are the aged beef cane, accompanied by parsnip and mushroom puree, and cured lardo, or the beef fillet, parsnip and lavender, with clover and cremini mushroom, both costing 595 pesos.

The 12-course tasting menu priced at 1,950 pesos per person. As you will see, you can find a wide variety of meals and prices. If you want to know it, we share that Sud777 is located at Boulevard de la Luz 777, Jardines del Pedregal, Mexico City.