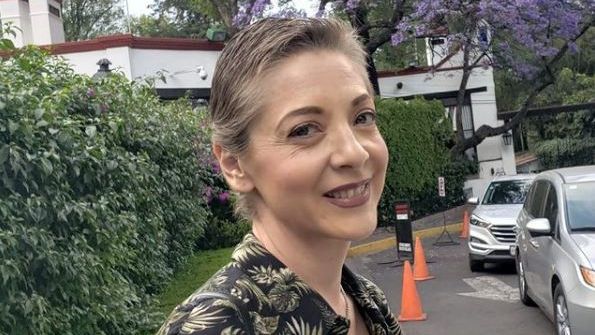 This Friday, November 10 Edith gonzalez I would have turned 57 and her family remembered the actress with unpublished images, in which they showed the happiness that she always radiated.

Edith González died on July 13, 2019 as a victim of ovarian cancer. Despite the fact that her illness gradually took her life away, the actress always showed herself to be a strong person, full of affection for her colleagues, family and followers, she even decided to leave her profession until her body no longer allowed her to continue working. .

As one of the most applauded actresses on Televisa and an excellent mother, González’s family remembered her with a tender video where some images were collected that would have been taken at home by her dearest people, since they show an Edith smiling, who seeks to entertain others and enjoys life.

In part of these images, the original audio was removed to put the voices of their loved ones sending their congratulations to the protagonist of Wild Heart. “With that joy we celebrate your 57th anniversary together. Kisses ”, can be heard in the background of a video where the actress is seen jumping in the middle of people who applaud when they see her happy.

“Thank you for continuing to fill our hearts with joy with your beautiful memories. Happy birthday, we love you, ”says another voice in the background, while in the video Edith is seen dancing while enjoying a trip.

Finally, her daughter’s voice is heard, Constance Creel, who sent him the shortest message of all: “Happy Birthday Mom. Love you”says the young woman.

And it is that Edith died at dawn on June 13, 2019 when she was 54 years old, after having fought cancer for three years and spend the last weeks of her life bedridden in a hospital. Despite being characterized by the fortress, her family reported that had a sudden deterioration in health.

González was hospitalized for several days until her family decided to disconnect it of the gadgets that kept her alive.

In this video shared on her Instagram profile, which continues to be active, since from there the actress’s career is remembered as a tribute, the fans left moved messages, also congratulating her on the day she would have celebrated her 57th birthday.

“Happy birthday my lady, may God have you in his kingdom. I miss her so much “,” Happy birthday to heaven, beloved Edith. Always in our hearts“,” Happy birthday, beautiful Queen! We miss you sooooooooooo much! We will never forget you ”, Internet users expressed themselves in the comments.

Just one day before Edith’s birthday was celebrated, the actress’s family also sent a moving message to Edith’s family. Carmen Salinas placeholder image after the death of The Corcholata at 82 years old.

And it is that on several occasions both Carmelite how González got to talk about how well they worked together not only on the screen, but also on the theatrical show Adventuress, of which Salinas was a producer and invited the protagonist of Miss Barbara to be the stellar.

Carmen always defended that one of the Adventurous most loved was Edith González, because despite the insecurities she felt on stage, she managed to captivate the audience with your sympathy, talent and beauty when performing singing, dancing and acting.

Even other actresses who were the protagonists of this show, such as Maribel Guardia, assure that González was the best Adventuress.

Televisa: the day Edith González was replaced in a soap opera

The heart attack that ended the life of Eduardo Palomo