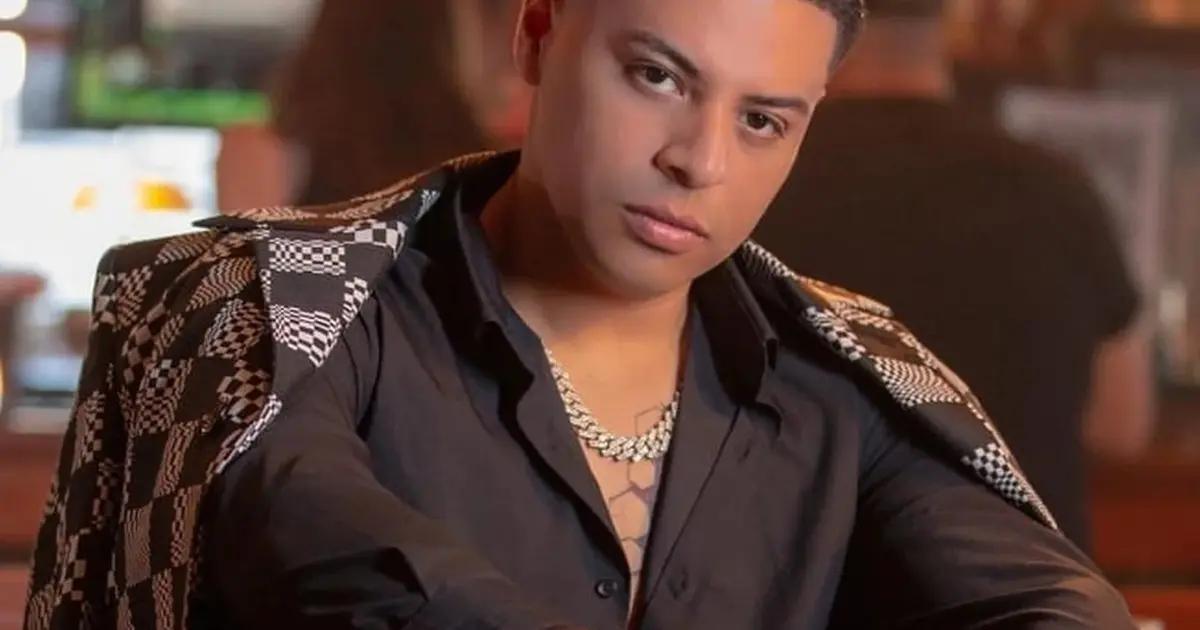 It seems that the lead singer of Grupo Firme, Eduin Caz, is following in Saúl “Canelo” Álvarez’s footsteps each time he ventures into new businesses as a result of the good earnings he has with the successful regional Mexican music group.

But this time, he is not alone since the whole group is involved in the new business they have in their hands, which is crystallizing little by little. Interviewed by Franco Escamilla for the Youtube channel “Tirando Bola,” Eduin announced that the members of Firme are working on a clothing line.

Although he preferred to reserve details, the vocalist of Grupo Firme said that it is joint work with the other members and that although it will be casual clothes, they will have some special edition garments, more extravagant for the more daring.

It is not the regional Mexican singer’s first incursion into the world of fashion, as he recently collaborated with the clothing brand Pavi Italy, which consisted of shirts, t-shirts, and accessories, which were sold for between 1,500 and 4 thousand pesos; however, he was criticized for the high prices of the garments.

With previous experience, it is presumed that the prices will be more accessible so that the millions of followers they have can acquire them. However, there will also be those who have extra savings and can buy those models that he said are more outlandish and that surely their cost will be much higher.

During an interview for a television program, Eduin Caz shared part of his past, and we can understand that he is a man of work and business. In the said program, Eduin told us that in his adolescence, he had to learn to work hard when he moved from Sinaloa to Tijuana, where he began to earn a living, thanks to the advice of his stepfather. The latter encouraged him to get up early, help with the housework daily, and then with his brothers to attend the man’s upholstery shop, which was already open from seven in the morning.

He also said that long before succeeding in the music business, he sold clothes in a street market. This was when the group was just getting a foothold in the industry, so work for the ensemble was scarce. “A local group that plays every day in bars has to say: ‘you know that up to here’, because you have to create that people are hungry to see you… we lasted time without working, and my family had to eat,” he said.

But not everything is music; he also has businesses that he has developed away from the entertainment industry, thanks to which his fortune has been estimated at 42 million pesos.

His earnings allowed him to obtain a large property where he lives with his family. In addition to allowing him to pamper his family with gifts and luxuries, he has made it public since, in his social networks, he has shared his ostentatious way of life.

The singer, who studied marketing at the Universidad Autónoma de Baja California, has diversified into the textile and restaurant industry, both of which are promoted on his networks so that his income increases with his 6.2 million followers.

In the city of Medellín, Colombia, the singer opened a seafood restaurant called “El Sinaloense,” of which he is a partner. In its description, the restaurant assures that they elaborate the only seafood that is one hundred percent Sinaloa style under the slogan “With Mexico in the blood and Colombia in the skin.”

As previously mentioned, in mid-2021, Caz launched his clothing brand, mainly shirts and polo shirts for men. However, he also has sections for children, women, and accessories at not-so-affordable prices. In addition to these businesses, Eduin Caz has a recording studio, real estate investments, and a restaurant in Tulum.

Here is the full interview, in Spanish: