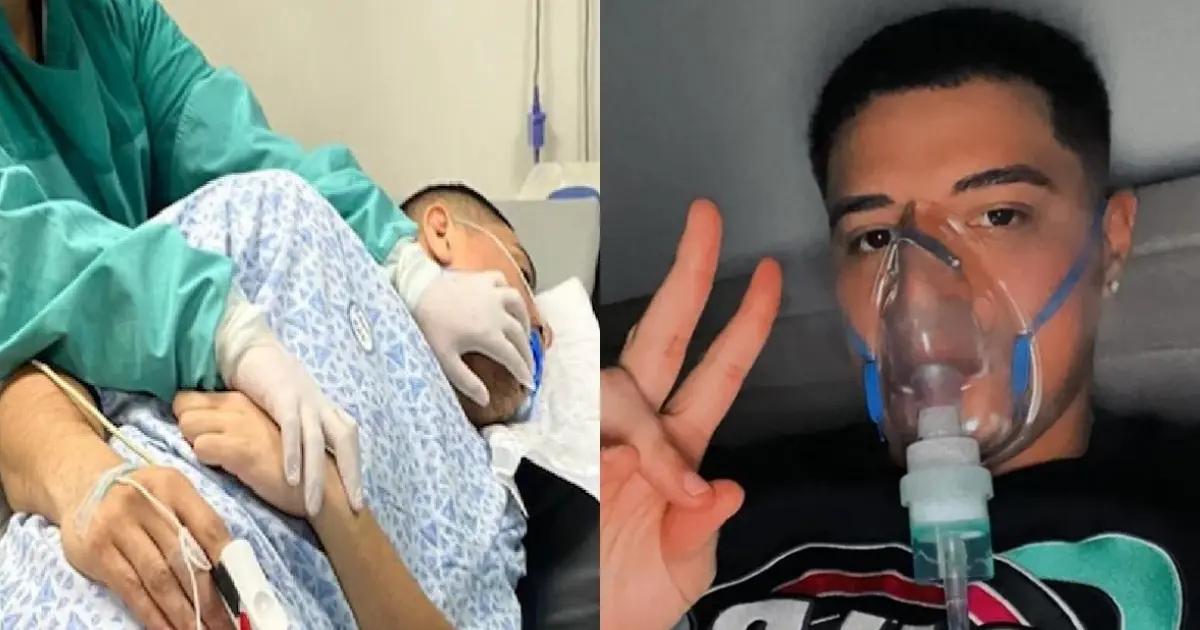 Last Friday night, November 18, alarm bells went off in the ranks of Grupo Firme after their vocalist Eduin Oswaldo Parra Cazarez uploaded a photo to Instagram wearing an oxygen mask.

From that moment on, speculation began, but few knew the singer’s health status, better known only as Eduin Caz, who clarified everything by responding to a fan’s comment on the social network.

The Sinaloa-born singer explained that the low temperatures caused him breathing problems, which is why he required the help of external oxygen. Even so, he said that he is in good health and that it is routine treatment.

In addition, Eduin Caz added that his upcoming concerts are still on, confirming that he will perform at the NFL game at the Azteca Stadium, to be held on Monday, November 21, shortly after 5:00 p.m. CDMX time.

“Don’t worry, people, you know that when it’s cold, my chest closes, but here’s a shot, the events for this weekend are confirmed,” said the musician.

The comment put an end to voices that repeatedly said about a possible absence of the musician in the halftime show of the game between the Arizona Cardinals and San Francisco 49ers.

Several digital media report that the group that performs hits such as ‘El Roto’ and ‘Se Fue la Pantera will charge a total of 2.5 million pesos to entertain the Mexican public at the Coloso de Santa Ursula, the regular home of Club America, the Liga MX soccer team.

This is not the first time that the leader of Grupo Firme has made a note about his health. Remember that a few months ago, he was hospitalized due to problems allegedly caused by excessive drinking. On that occasion, the artist said he would stop getting drunk, which has not been fulfilled.