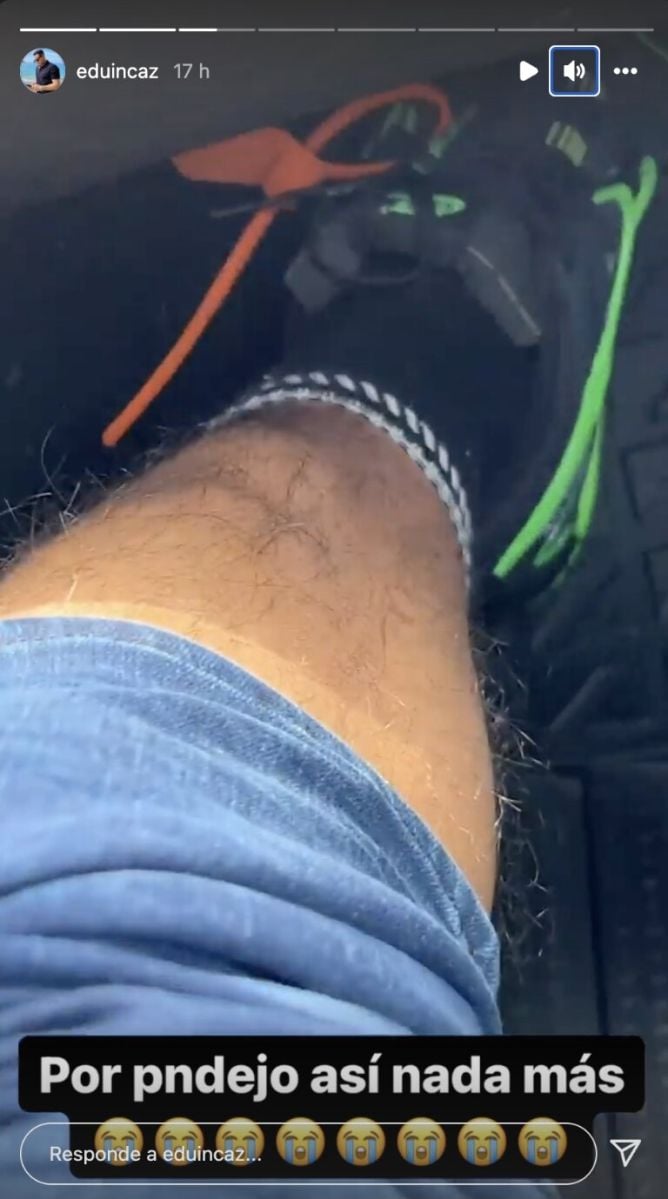 Once again the vocalist of Firm Group, Eduin Caz It’s under the spotlight. On this occasion, the singer of “Ya Supérame” is going through one of the most important moments of his life because the success he has achieved with Grupo Firme is something incredible and to show, all his presentations have been sold out.

In gratitude, Eduin Caz has had the attention to get off the stage and approach the fans who come to see him. However, a few days ago the leader of Grupo Firme shared that a follower, due to the emotion caused by seeing him, hurt his neck so the singer had to remove himself immediately, despite this Eduin did have a small injury.

In addition to the neck injury, Eduin revealed that that same day he also injured his thumb because when taking a photo with a fan he did not realize what he hit if he was wearing a ring or something that hurt him.

Despite the fact that the blows that Eduin Caz presented last weekend were not serious and they were not caused on purpose, the leader of Grupo Firme asked his followers to be a little more careful because he is also human and feels pain.

Nevertheless, Eduin Caz seems to be a bit “salty” because the blows do not leave him since now the Grupo Firme vocalist shared with his followers that he has a “new” injury.

“For asshole just like that”wrote Eduin Caz in his stories where he uploaded a video showing that he got a tremendous blow to the shin which caused it to swell and have two balls.

From what can be seen, the blow was quite strong, since Eduin does not reveal how he was hit or what happenedHowever, the singer set his story to music with the popular song that Valentín Elizalde made famous “Como me duele”, and who is always remembered by his fans after his murder.