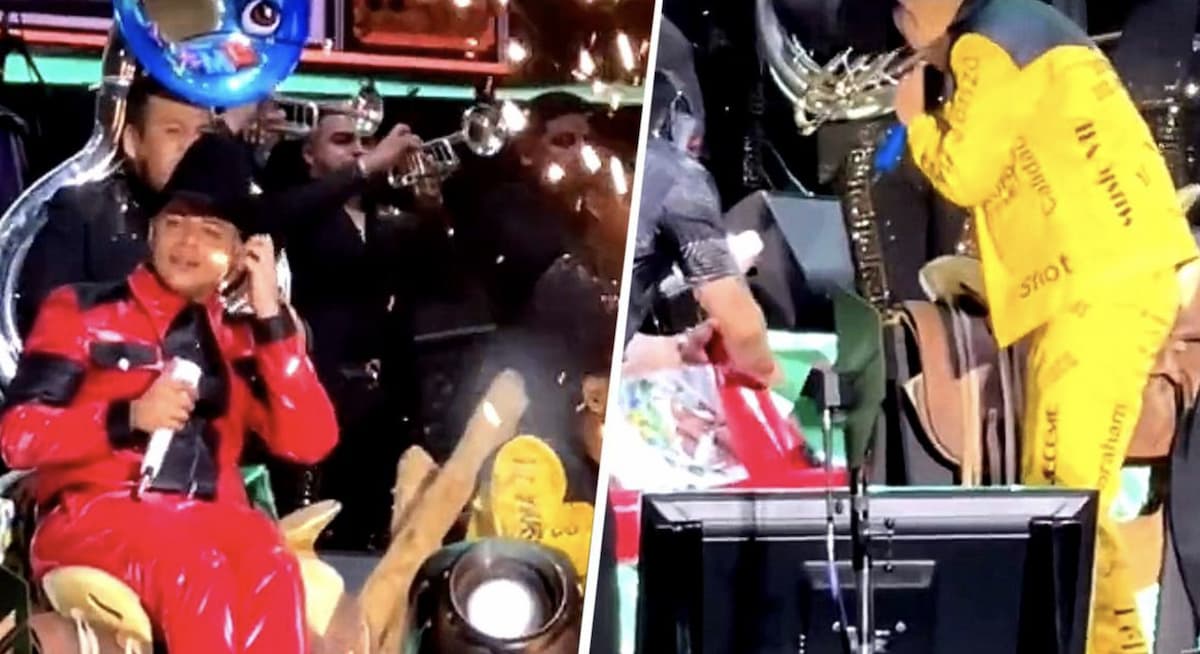 Grupo Firme continues with its successful concert tour in different countries and cities. However, during its most recent presentation in Zapopan, before the one they will have in Mexico City’s Zócalo, its vocalist Eduin Caz suffered a fall.

The regional Mexican group performed this Saturday, September 24, at the Chivas Akron Stadium in Zapopan, Jalisco. Attendees enjoyed hits such as ‘En Tu Perra Vida’ and ‘Ya supérame’ and witnessed Eduin Caz’s accident.

Videos of the exact moment the vocalist of Grupo Firme fell from a saddle that was part of the scenery while performing the song ‘El Reemplazo’ are circulating on social networks.

Although Eduin Caz went down on his back, he was not ‘out of commission’ as his song says, nor was he replaced. The vocalist and leader of Grupo Firme did not let go of the microphone and continued singing to the surprise of those present, including his bandmates.

Staff members helped Eduin Caz to get up and continue with the show. So far, neither the vocalist nor the group has commented on the comical fall.

Eduin Caz and Grupo Firme gave a concert in Mexico City’s Zócalo this Sunday, September 25, as announced a few days ago by the head of government Claudia Sheinbaum.

Due to the great popularity of the group, several people lined up in the early hours, and there was even a ‘stampede’ in the Zócalo square to see Grupo Firme in the front row by a group of people who broke the access fences.

The Mexico City Government installed screens in three avenues of the Historical Center to watch Grupo Firme’s concert for all those who could not get into the Zócalo and extended the Metro service hours.

Grupo Firme’s concert was broadcast live on television for those who preferred to watch it from home, considering the weather.