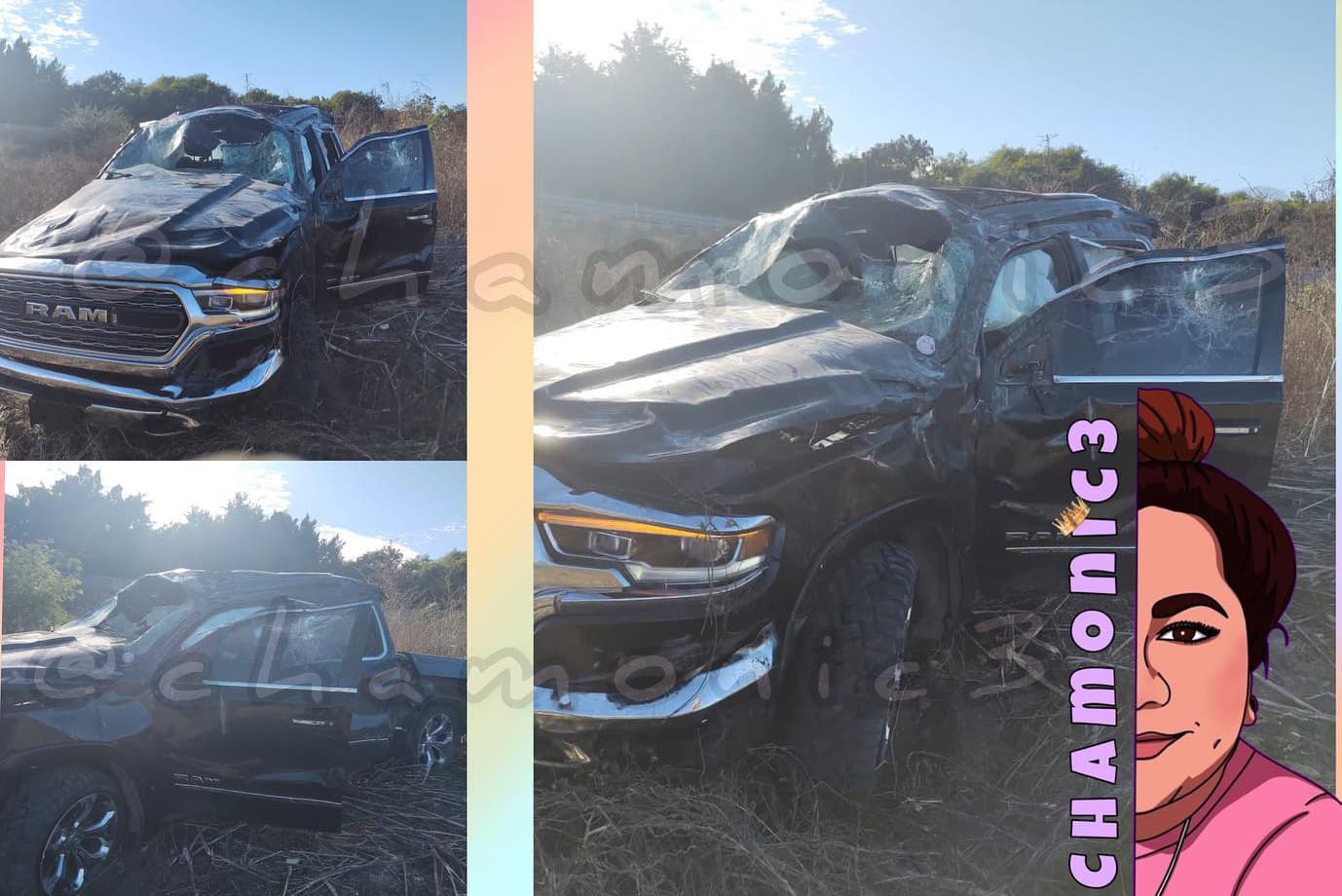 This morning of January 31, an accident was reported where Eduin Caz, leader and vocalist of Grupo Firme, was allegedly traveling.

The information was released from the account of @chamonic3 on Instagram and Facebook. At this moment, it is unknown how the artist went through it or his health condition and if it was in Tijuana, Baja California, or Culiacán, Sinaloa.

The publication shows the conditions in which the truck was left after the accident, as it seems that it was a strong and traumatic moment that he lived.

The official accounts of Grupo Firme and the group members have not released any details about the event since the last publications of Eduin Caz show how he spends Sundays with his family at home.

Eduin Caz and his controversies.

The interpreter of all the songs of Grupo Firme has been involved in several controversies, the last of which was his anger with the press when he asked questions about the people he claimed were his “lover” because after the event in which they appeared in Las Vegas to undress the Day of the Band, the artists went to answer some questions from the media and there he was questioned for his infidelity.

But not only one person claimed to react with the famous man, and several women came out to state that Eduin Caz was looking for them while he was married.

Eduin Caz did not close 2021 in the best way. He was hospitalized for a hiatal hernia after it was rumored that he had Covid 19. It should be noted that the horoscope expert Mhoni Vidente announced the predictions for 2022.

“It was not easy for him in 2022; He has been to the moon’s horns. Envy, anger, hatred, witchcraft, and betrayal are on them. Eduin Caz will drag problems in matters of infidelity and separation problems from his wife that he will not bear. They are going to be talking about taking time and going their own way”, said Mhoni Vidente.